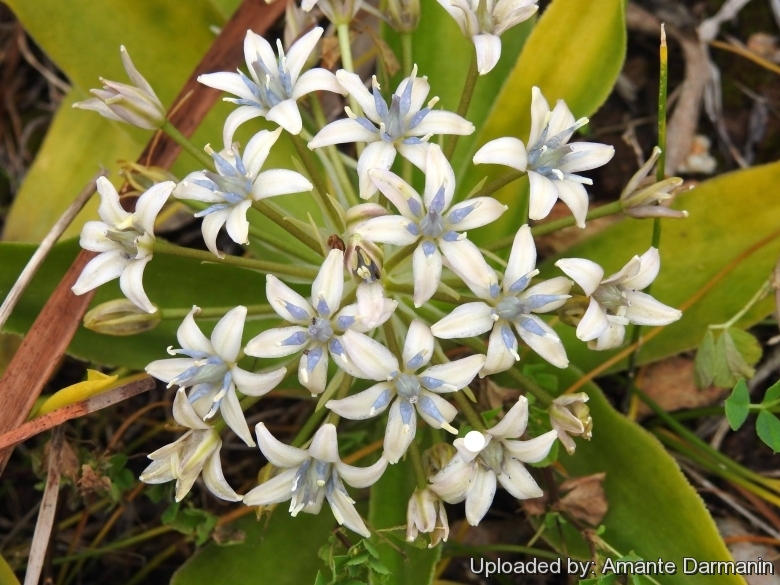 Origin and Habitat: The Sicilian Squill (Scilla sicula) is a rare geophyte plant of Malta (Malta, Gozo, and neighbouring islands), it is also found in Southern Italy (Sicily and Calabria, but extremely rare in these two localities).
Habitat and ecology. This species grows from an underground bulb that can survive in shallow soils in hot arid garigue, valleys, and rocky steppes, sometimes along country roads. In Malta it used to be considered as rare but nowadays it seems to have increased and is considered as a scarce plant. In fact it does seem to be increasing.

Description: The Sicilian Squill (Scilla sicula) is a bulbous herbaceous perennial (geophyte) with smooth elongate leaves pointed at the tip. It is distinguished by pale flowers and broad, marginally ciliate leaves (with a line of short, white hairs).The flowers grow around a short stem creating a pyramidal to hemispherical inflorescences. The flowers have pale bluish-grey or pinkish-grey petals, with blue stamen filaments and green anthers. Sometimes they are so light that they are nearly white.
Taxonomy:* Scilla sicula is one of the several morphological or geographical form of the very variable (mostly bue flowered) Scilla peruviana which form a complex of related taxon. However, intermediates occur and it is doubtful if this can justifiably be recognized as a distinct species, there is so much variation that most authors choose to lump them together.
Leaves: Smooth elongate (quite broad), pointed at the tip. The margin of the leaf has a thin transparent margin bearing fine, short, white hairs that can be seen with a hand lens.
Inflorescences: The inflorescence is a pyramidal to hemispherical raceme. The raceme elongates in fruiting.
Flowers: With 6 tepals, pale bluish-grey or white with a dull pinkish tinge, striped greenish, rarely completely white. The stamens have bluish filaments and green anthem. The carpel are also bluish. The flower bracts are whitish with a green middle vein, often shorter than the flower stalk especially at fruiting.
Blooming season: Late winter to early spring (in habitat February to April).
Fruits: the fruit is a pointed capsule.
Seeds: Black.

Subspecies, varieties, forms and cultivars of plants belonging to the Scilla peruviana group 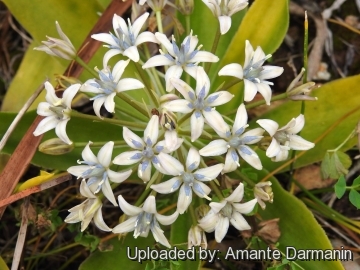 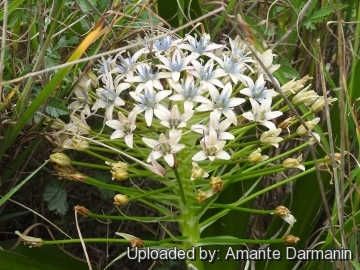 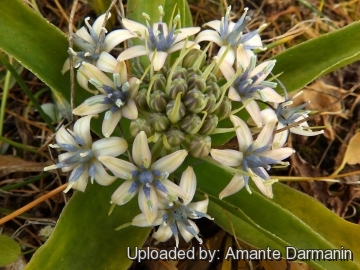 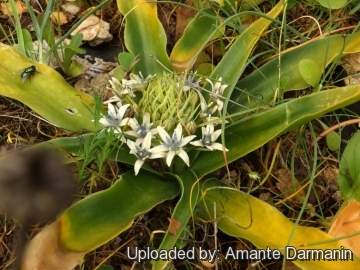