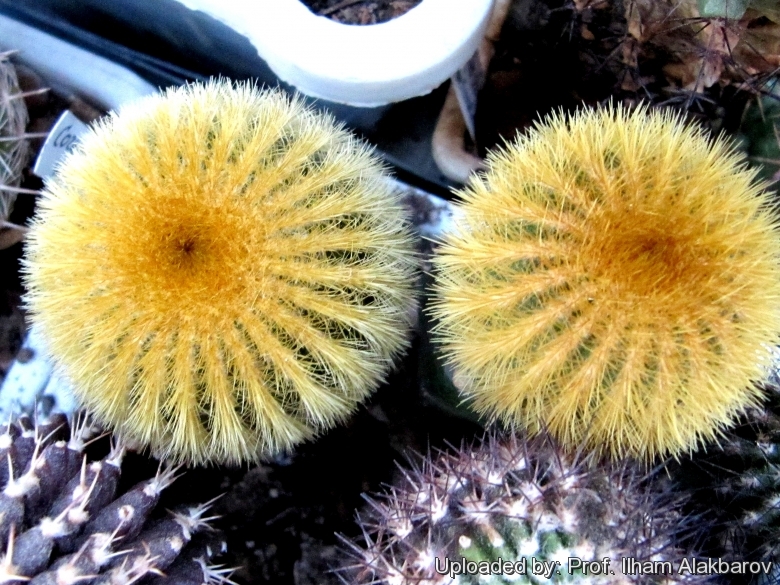 Description: The seedlings of Uebelmannia pectinifera var. eriocactoides closely resemble to juvenile plants of Eriocactus leninghausii, hence the name. This taxon diﬀers from the related taxa of the Uebelmannia pectinifera complex also for it tall upright habit
Stem: Clavate to shortly columnar, 30-50(-80) cm tall. At maturity, the stems become spineless at the base and have a white or bluish patina on the skin near the top. The stem appears almost completely covered with conspicuous, young, golden-yellow spines. Apex usually not woolly. The newly growing stem apex is light green, soon covered by a coating.
Ribs: 18-25 straight.
Areoles: Closely set, located individually on the ribs and not joined into a single line.
Spines: The spines in juvenile plants up to 5-8 cm in diameter are 11-20 per areole very dense golden-yellow to whitish-yellow, about 10 mm long and resemble to those of the genus Eriocactus thy are short, fine needle-like, pointing diagonally and horizontally often curved downwards, but as the plant ages the spines decrease in number, become longer, straight and almost pectinately arranged, up to 40mm long, turn greyish and easily fall oﬀ from old areoles. New yellow brown spines contrast nicely with older spines, which are grey.
Flowers: Diurnal, funnel-shaped greenish yellow. They are 15 mm long, 12 mm in diameter.
Blooming season: Flowers come sporadically from Early spring to Late Summer
Remarks: The variability range within var. eriocactoides is very limited: plants are almost uniform.

Subspecies, varieties, forms and cultivars of plants belonging to the Uebelmannia pectinifera complex 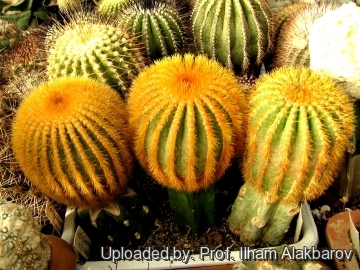 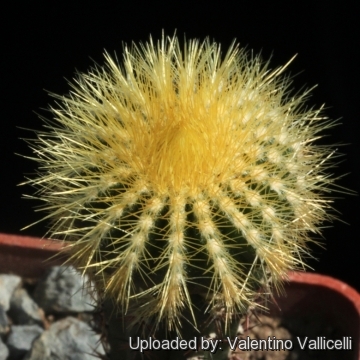 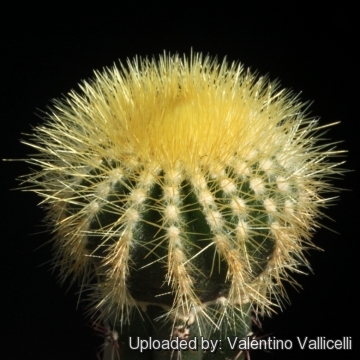 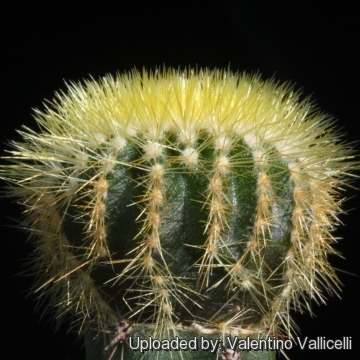 Cultivation and Propagation: This tropical cactus loves warm moist, humid conditions and mist spraying is a must in summer. Water regularly during the growing season and use a very draining mineral potting substrate. At the onset of winter, do not water. Uebelmannias need heat all year round and extra winter heat, minimum 10° C is best. Avoid any frost. Keep cool in summer. This plant prove to be root prone if kept too cold in winter. To help stop this, a good deep collar of pumice or lava grit is an excellent idea. It prefers a position in full sun, and possibly afternoon shade in summer. If you can place it so that this occurs, the plant will be much happier.
Propagation: Seeds, but plants are often grafted, making them easier to grow, particularly through the winter. If possible using a rootstock that is more hardy than the Uebelmannia is ideal.