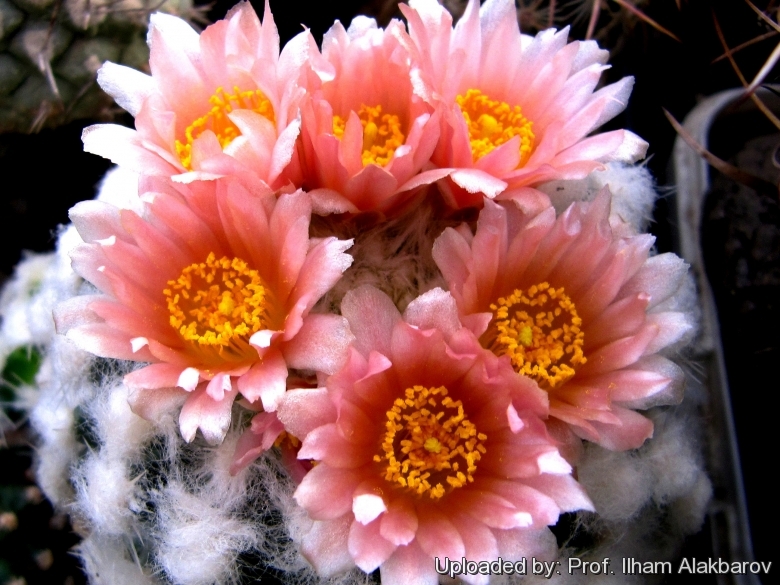 Origin and Habitat: Grows in small populations widely scattered over a small and very isolated area in central Utah (from near Notom in central Wayne County to near Fremont Junction in south-western Emery County and near Ferron in western Emery County).
Altitude: 1400-2100 metres above sea level.
Habitat: Grows in alkaline silty loam or clay loam soils often high in gypsumin desert pavements frequently covered with gravel or cobble or fossil oyster shell, on the tops and sides of rocky hills, benches and gentle slopes, most abundantly on sites with a southern exposure. The vegetative community is characterized by drought tolerant shrubs and grasses with ephemeral forbs and pinyon-juniper forests. This species is threatened by collection and by habitat disturbances due to gypsum mining, off road vehicle activity, and livestock.

Description: It is a small globular cactus with usually unbranched subglobose to obovoid stems, 2.5 to 6.5 cm tall and up to 5 cm in diameter.
Areoles: Elliptic to circular, woolly.
Spines: It has clusters of 8 to 14 small radial spines, 1.5-4 mm. spreading downward, white or whitish to tan; erect central spines are lacking.
Flowers: Urn-shaped, peach-to-pink colour, 1.8 to 2.5 cm long and 1.8 to 3.8 cm in diameter. Flowering early spring.
Fruit: Green, drying reddish brown barrel-shaped, 0.7 to 1.0 cm high and 0.8 to 1.1 cm wide. 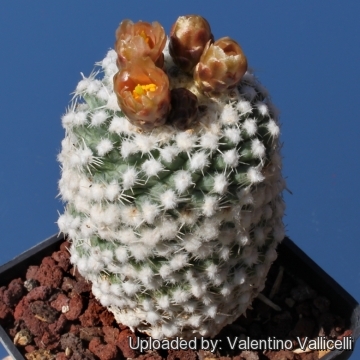 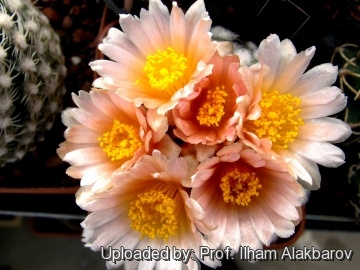 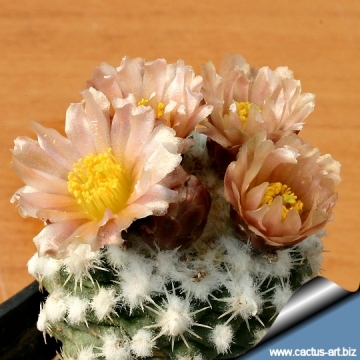 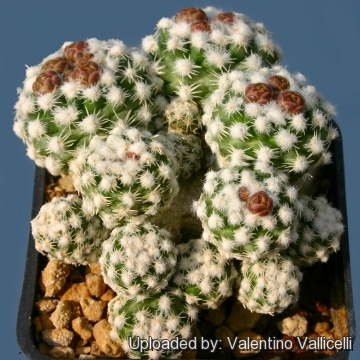 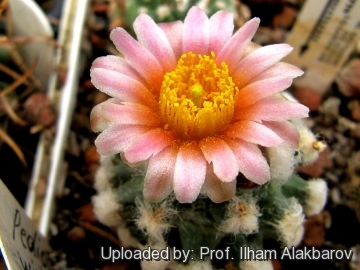 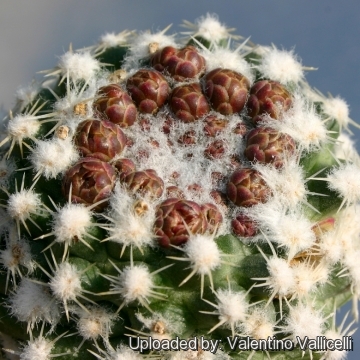 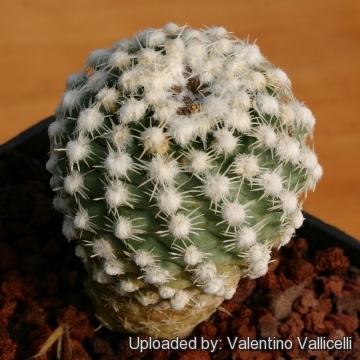 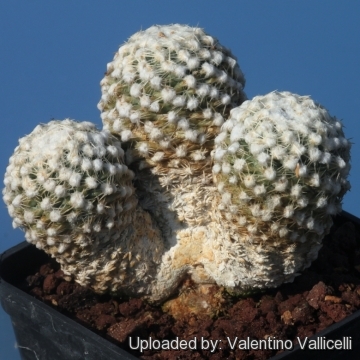 Cultivation and Propagation: Under cool temperatures and wet conditions it is highly susceptible to root rot. For this reason it is usually cultivated as a grafted plant, which is very easy to cultivate and free flowering. Best for full sun exposures.
The flowers buds stay dormant on the plant apex all winter, then open in spring when the temperature rises.
To avoid any damage to the buds don’t let grafted plants (that stay in a heated greenhouse) completely dry out. Some light watering in winter is useful for keeping the flower hydrated and healthy.
Propagation: Seeds are extremely difficult to germinate. Grafting is often used to speed growth rate and to create a back-up for plants in collection.