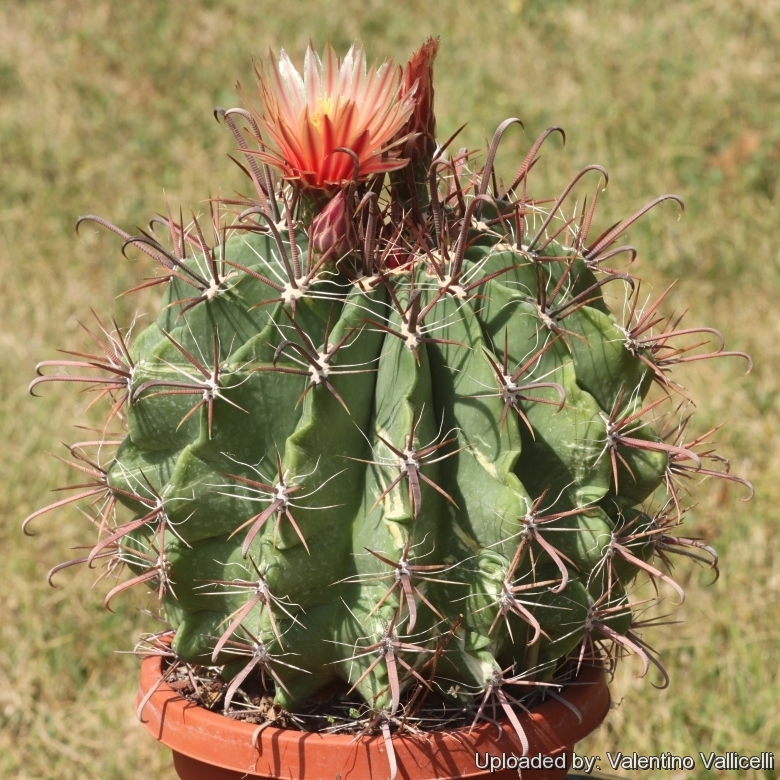 Origin and Habitat: Mexico (Sinaloa, Sonora), in coastal plains, at less than 400 m elevation.
Habitat: It grows in grit on the hill-sides. It gets lots of water in two months and lots of sun all year.

Notes: Ferocactus herrerae (J. G. Ortega) along whit the allopatric species Ferocactus tiburonensis (G. E. Lindsay) are often cited as varieties of Ferocactus wislizeni by some botanists but all reports of intermediates with F. herrerae are based on normal F. herrerae there is in fact a 100 kilometre gap in Sonora where neither barrel occurs, this give rise to some doubt that it belongs to the same species as F. wislizeni. 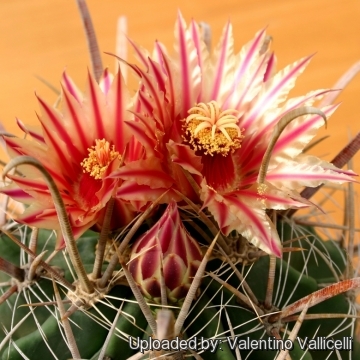 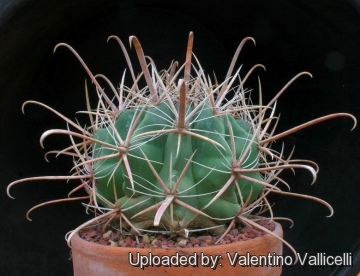 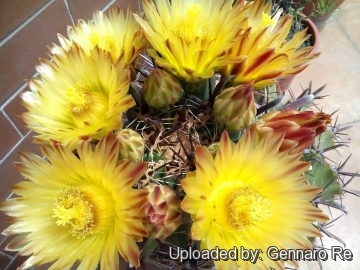 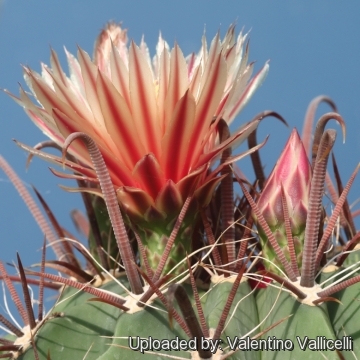 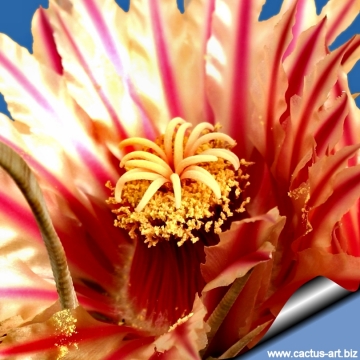 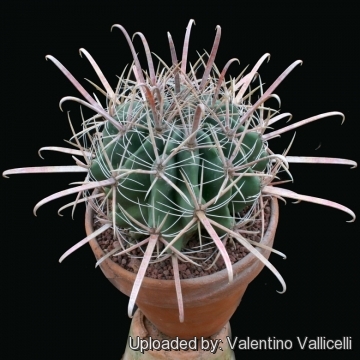 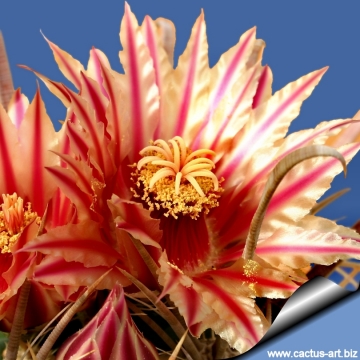 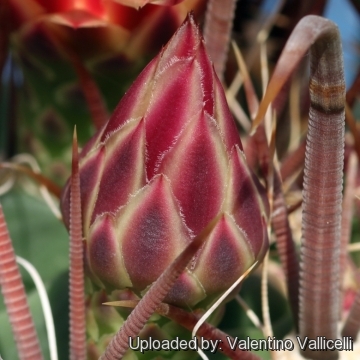 Cultivation and Propagation: Use very draining soil, water during the aestival growth cycle (this plant need plenty of water) But needs to be avoided wetting the bodies of these plants while they are in sunlight. A wet cactus in the sun light can cause sun burning which can lead to scars or even fungal infections and death. Needs full sun. Keep dry at 10°C in winter, but can tolerate sporadic light frost.
Propagation: Seeds are the only way of reproducing.
Uses: The fruits of this plant are edible, and in the past, the seeds have been used to make flour.