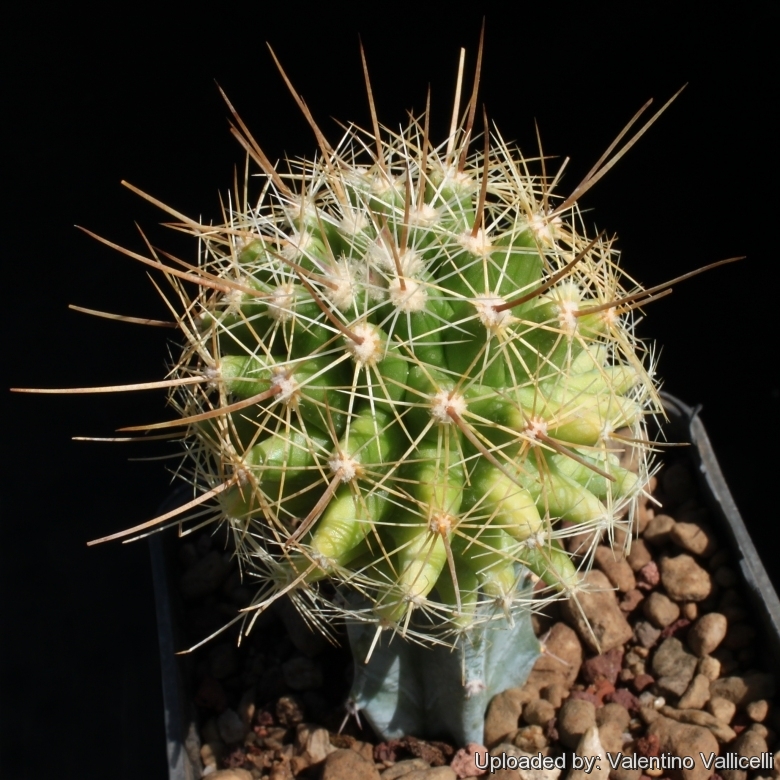 Description: x Thelobergia argenteus x principis is a strikingly weird but pretty hybrid cactus obtained by crossing Thelocactus conothelos subs. argenteus x Leuchtenbergia principis (or vice versa?). Its stem is covered by more or less elongate tubercles (depending on clone). The superb features of this rare plant is due to the intersection between the traits of the ancestors. It has inherited by Thelocactus conothelos subs. argenteus the dense, white, needle-like radial spines and brownish central spines, however the spines are often longer, and by Leuchtenbergia principis the ribs divided in conspicuous conical tubercles, but tubercles are much shorter, smaller and more numerous. The stem is solitary and often fails to produce offsets even if it has had its top cut off to encourage the formation of a crown of branches.
These hybrids are variable, due to the intersection of characters deriving from the parents. The length of the tubercles and spines are the more variable of the trait and a great variety of forms can be found in cultivation.
Tubercles: Generally they have more or less long, conical or broadly three-sided tubercles, often with a basal “chin”, arranged in spirals. The areoles are at the tips of tubercles.
Spines: Quite variable, but more similar to those of Thelocactus conothelos subs. argenteus, mostly needle-like.
Radial spines: 10 to 20 glassy-white to creamy coloured symmetrically about a central point and clearly differentiated from centrals.
Central spines Creamy-white to brownish of different length (intermediate between Leuchtenbergia and Thelocactus conothelos subs. argenteus) and often shredding with age.
Flowers: Usually yellow. The flower reminds those of the Leuchtenbergia principis.
Blooming season: Blossoms intermittently from spring to fall.

Subspecies, varieties, forms and cultivars of plants belonging to the Thelobergia hybrid group 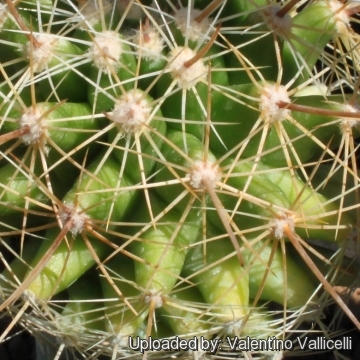 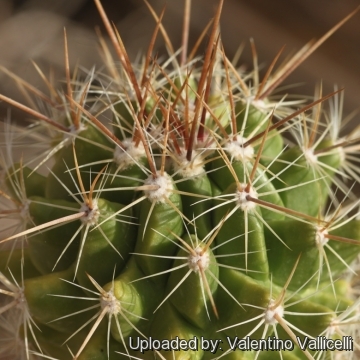 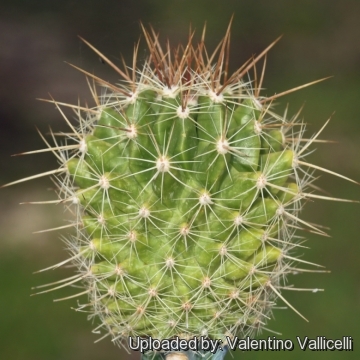 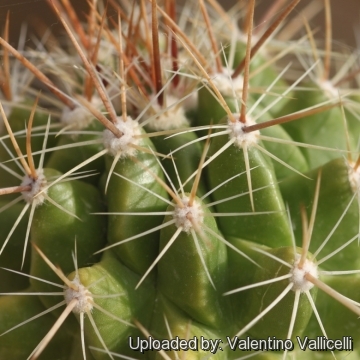 Cultivation and Propagation: Culturally speaking Thelobergia hybrids are very easy to grow. They seem to prefer bright sunlight and well draining soil, as do most cacti. They are usually seen as grafted plants, but they are able to grow very well on their own roots, but slow growing.
Soil: Use mineral well-permeable substratum with little organic matter (peat, humus).
Repotting: Repotting every 2-3 years. It will need a pot with sufficient depth to allow the tap root. As it is especially prone to rot under-pot in a smaller container filled with very porous compost. Use pot with good drainage.
Watering: Water sparingly from March till October, and keep perfectly dry in winter, at temperatures from 5 to 15 degrees centigrade. In the rest period no high atmospheric humidity!!Care must be taken with watering as they tends to become swollen and untidy in growth habit if given too much water and shade.
Exposition: Outside bright sun, filtered sunlight or afternoon shade, inside it needs bright light, and some direct sun. Subject to sunburn if exposed to direct sun for too long. Tends to bronze in strong light, which encourages flowering and heavy spine production.
Hardiness: Reputedly sensitive to frost, but less so if kept on the dry side prior to, and during, cold weather (hardy to -5° C for short periods). However some warmth throughout the year will increase the grower's success (minimum 5° to 8°C during rest season).
Fertilization: During the growing season enrich the soil using a fertilizer rich in potassium and phosphorous, but poor in nitrogen, because this chemical element doesn’t help the development of succulent plants, making them too soft and full of water.
Pests & diseases: It may be attractive to a variety of insects, but plants in good condition should be nearly pest-free, particularly if they are grown in a mineral potting-mix, with good exposure and ventilation. Nonetheless, there are several pests to watch for:
- Red spiders: Sensitive to red spider mite. Overhead watering is helpful in controlling mites.
- Mealy bugs: Occasionally mealy bugs they develop aerial into the new growth among the wool with disfiguring results, but the worst types develop underground on the roots and are invisible except by their effects.
- Scales: Scales are rarely a problem.
- Rot: Rot it is only a minor problem with cacti if the plants are watered and “aired” correctly. If they are not, fungicides won't help all that much.
Propagation: By seeds, grafting or cutting. Seeds germinate in 7-14 days at 21-27° C in spring, remove the glass cover gradually as the plants develops and keep ventilated, no full sun for young plants! The seedlings should not be disturbed until they are well rooted, after which they can be planted separately in small pots.