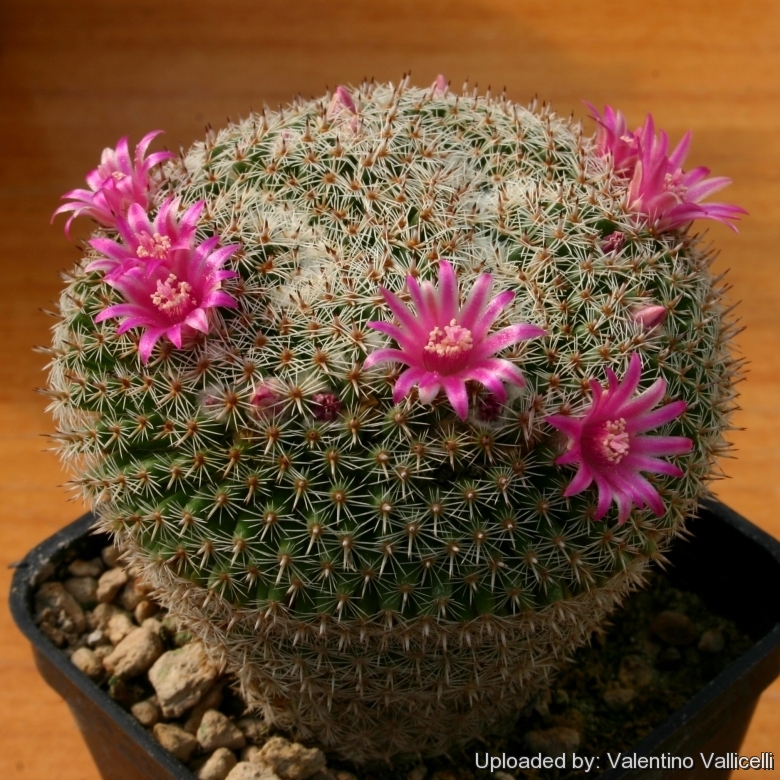 Origin and Habitat: Central Mexico (This species has a fairly large area of distribution in Mexico: from the state of Querétaro across central Mexico to the state of Oaxaca on the Pacific coast. )
Habitat: Between rocks in humus soil on the limestone slopes. Altitude 1500-2800 m.

Description: Simple or dichotomicously branched (occasionally ramifies , producing a few basal shoots) with short dense spines.
Stem: Symmetrically globose at first, later cylindric, with a depressed apex that appears completely white. 50 - 200 mm high and 50 - 80 mm in diameter, dull green and may, with age, become suberized at its base.
Tubercles: Short cylindric/conical firm, 6 - 7 mm long and 2 mm wide, arranged in numerous, very close-set spirals. The Axil is naked or with a little bit wool and bristles.
Roots: Fibrous.
Radial spines: 20 - 30, short, 1 - 3 mm long, somewhat horizontal radiating and arranged laterally on each side of the tubercle, white.
Central spines: 0-1 or usually 2 (but some plant have 4), divergent, one pointing upwards and often longer (up to 5 mm long), the other turned backward, 1-3 mm long, awl-shaped, straight, smooth, thicker at base, they are both brownish with a darker tip.
Flowers: Small, funnelform, 10 - 12 mm long and in diameter, purplish pink with darker midstripe. The perianth-segments are narrow-oblong, with an ovate acute tip; the style is longer than the filaments, pinkish; the stigma-lobes are 3, obtuse.
Fruits: Attractively deep dull pinkish-red coloured .Club-shaped, 10 - 15 mm long and 2 - 3 mm wide. Ripens 7 months after flowering. Selfsterile.
Seeds: Brown, club-shaped, 1 mm long and 0,8 mm wide. Hilum small and sub-basal.
Remarks: There are actually in cultivation several forms of this controversial species. The one labelled Mammillaria pseudoperbella (= Mammillaria perbella lanata?) have usually carmine pink flowers with darker midstripe usually in several complete rings in April-may, with 20-30 setaceous radial spines and abundant axillary wool, while the one identified as M. perbella have sparse purplish pink flowers opening most of the summer with fewer stouter and shorter radial spines. But this division is arbitrary and it is almost impossible to discern the two plant and the many intermediate forms .

Subspecies, varieties, forms and cultivars of plants belonging to the Mammillaria perbella group 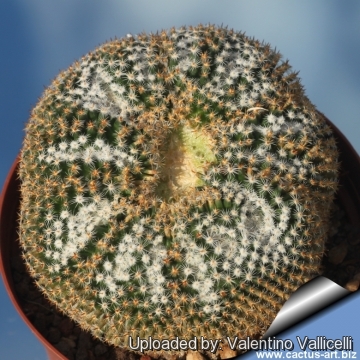 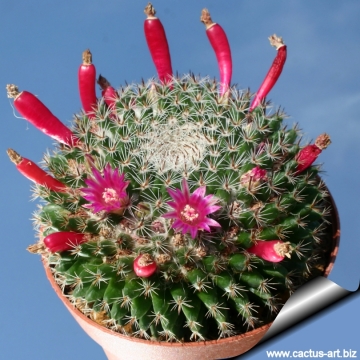 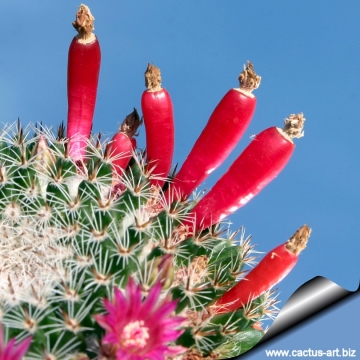 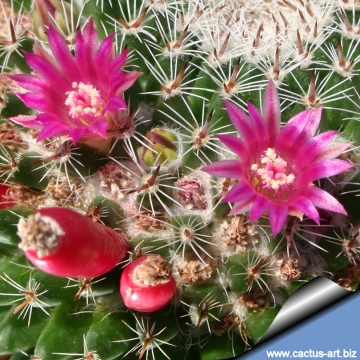 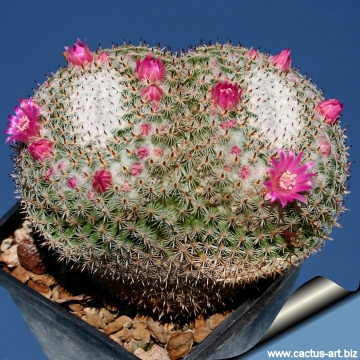 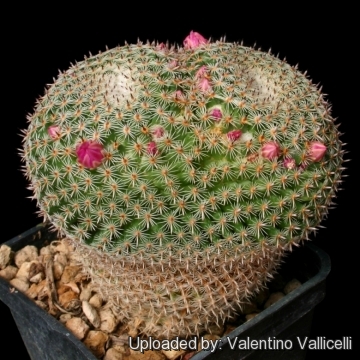 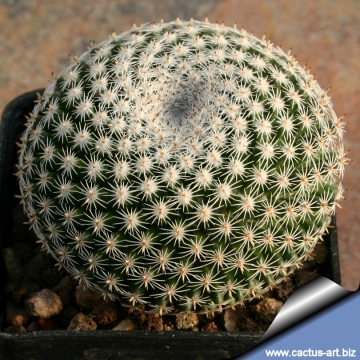 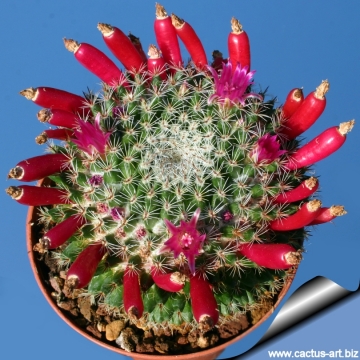 Cultivation and Propagation: This plant is easy to cultivate but very slow growing. Cultivate it in a well drained and mineral substratum. Water regularly, avoid the use of peat or other humus sources in the potting mixture. It need full sun, so it keep a compact and flat shape. It does not tolerate intense cold, but tolerates some cold if kept dry. Frequent transplantations of the young plants protect the lower part of the stem from the lignification, to which the plant has a tendency.
Propagation: It is propagated by seed. Sometimes old plants divide at their apex, ramifying dichotomously - to form two or more distinct joints - but the removal of one of these joints may prove fatal to the plant.