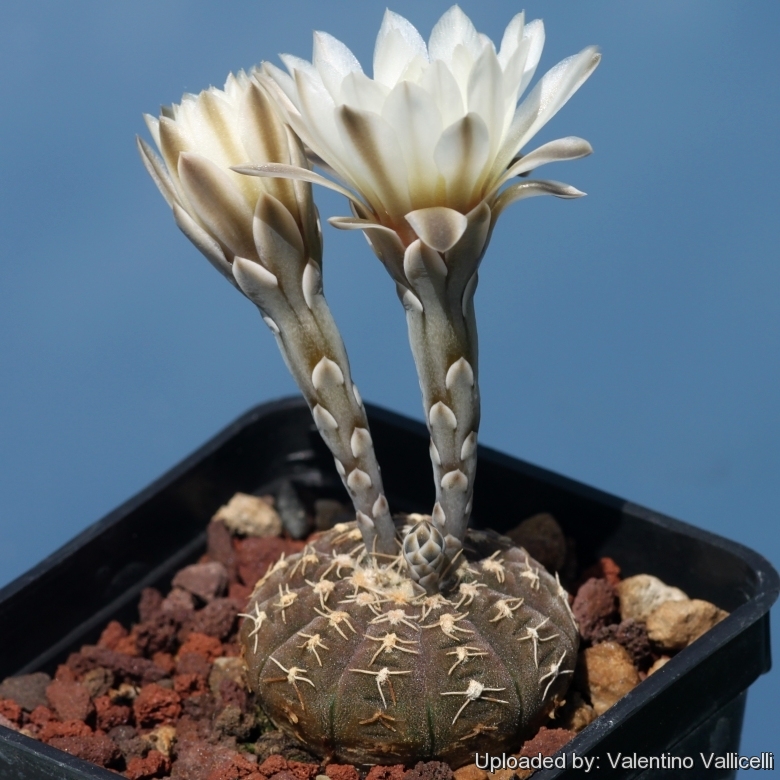 Origin and Habitat: Gymnocalycium ragonesei has a very restricted range in Catamarca (and Cordoba?), Argentina (extent of occurrence is less than 100 km2).
Altitude: It grows at low elevation of 100 to 200(-400) metres above sea level.
Habitat and Ecology: Gymnocalycium ragonesi grows semi-buried at the edge of saline grasslands. The concentration of salts is high in the surface of the ground, but it decreases deeper down where the roots grow. The major threat for this species is illegal collection. It grows together with Gymnocalycium schickendantzii, Gymnocalycium asterium v. paucispinum and Setiechinopsis mirabilis.

Subspecies, varieties, forms and cultivars of plants belonging to the Gymnocalycium ragonesei group 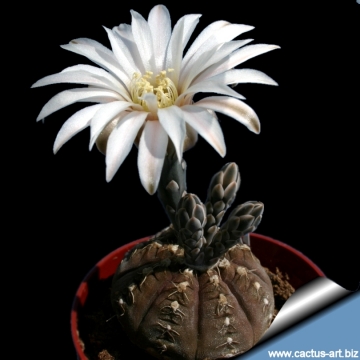 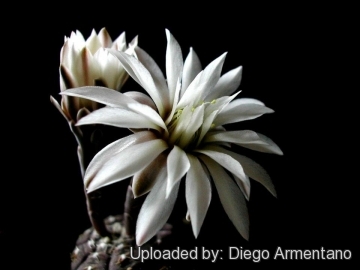 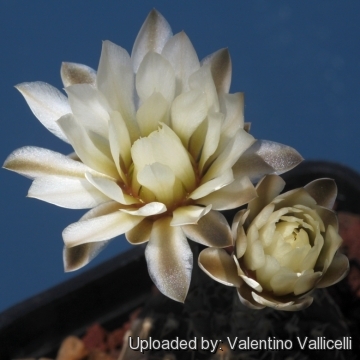 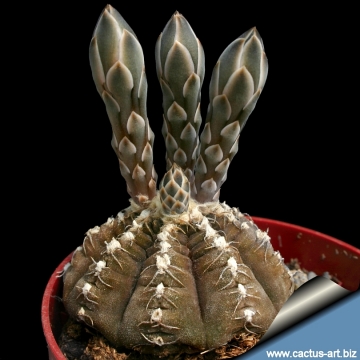 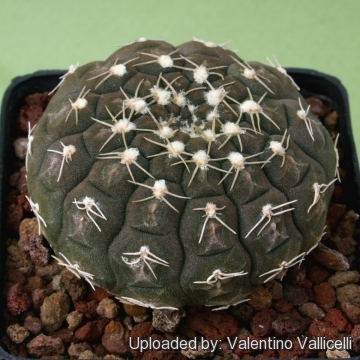 - Perhaps the most unusual and desirable of the Gymnocalyciums. Photo by: Valentino Vallicelli 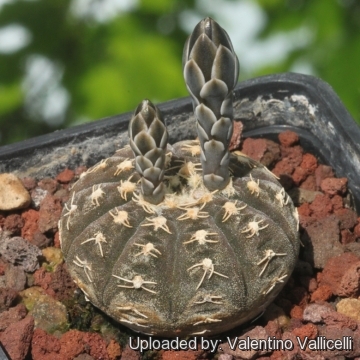 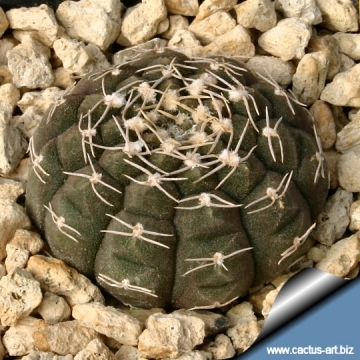 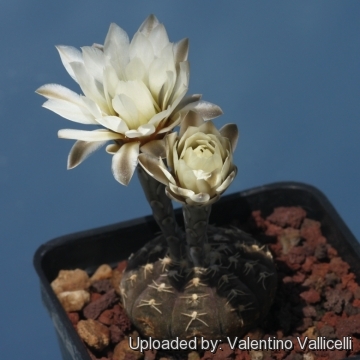 Cultivation and Propagation: Gymnocalycium ragonesei is supposed to be one of the most difficult species in cultivation, and very slow to get to a reasonable size. It will offset after a considerable period of time if not at all.
Soils: It likes very porous standard cactus mix soil. Prefer a low pH compost, avoid substrata rich in limestone; otherwise growth will stop altogether.
Repotting: This plant needs plenty of space for its roots, repotting should be done every other year or when the it has outgrown its pot. Use pot with good drainage.
Watering: It is a summer growing species that needs regular water in summer (but do not over-water ). Keep rather dry in winter at a minimum temperature of 0°C.
Fertilization: Feed with a high potassium fertilizer in summer.
Hardiness: Reputedly resistant to frost if kept on the dry side prior to, and during, cold weather (hardy to -5 C ° C, or less for short periods).
Exposition: The plant tolerates bright situations but enjoys filtered sunlight or afternoon shade, inside it needs bright light, and some direct sun. Tends to bronze in strong light, which encourages flowering and heavy spine production, but is likely to suffer from sun scorch or stunted growth if over exposed to direct sunlight during the hottest part of the day in summer.
Uses: It is an excellent plant for container growing. It always looks good and stays small. It look fine in a cold greenhouse and frame or outdoor in a rockery.
Pests & diseases: It may be attractive to a variety of insects, but plants in good condition should be nearly pest-free, particularly if they are grown in a mineral potting-mix, with good exposure and ventilation. Nonetheless, there are several pests to watch for:
- Red spiders: Red spiders may be effectively rubbed up by watering the plants from above.
- Mealy bugs: Mealy bugs occasionally develop aerial into the new growth among the wool with disfiguring results, but the worst types develop underground on the roots and are invisible except by their effects.
- Scales: Scales are rarely a problem.
- Rot: This species is particularly easy and accommodating, seldom suffer of cryptogamic diseases. Rot it is only a minor problem with gymnocalyciums if the plants are watered and “aired” correctly. If they are not, fungicides won't help all that much.
Propagation: Direct sow after last frost.(seldom produces offsets). Seeds germinate in 7-14 days at 21-27° C in spring, remove gradually the glass cover as soon the plants will be well rooted (ca 1-2 weeks) and keep ventilated, no full sun for young plants!