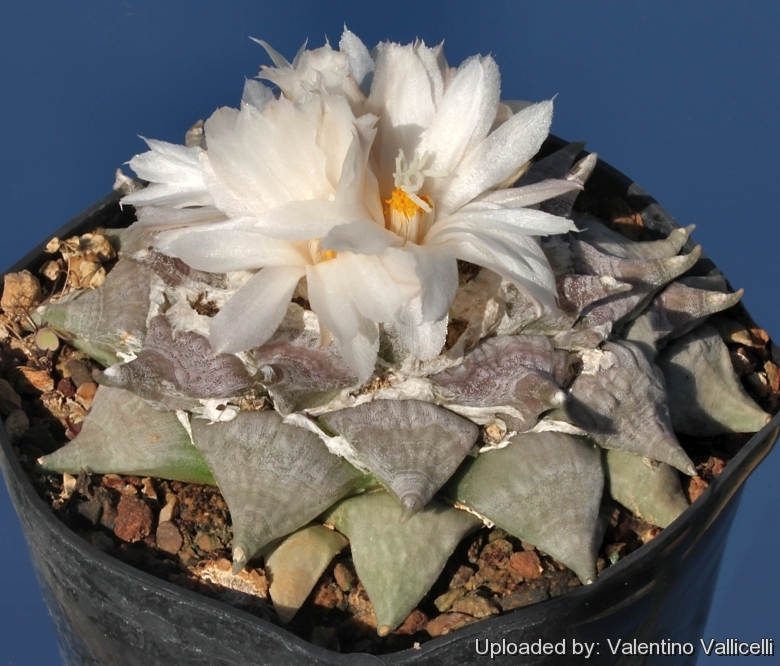 Anhalonium areolosum (Ariocarpus retusus) Photo by: Valentino Vallicelli
( Living Rock or Seven Stars ) Only the leaf-like rosette of tubercles is visible on this plant. This is the largest species of the genus. It is also one of the easiest and fastest to grow. It might still take 6-10 years, to go from seeds to flowering size. 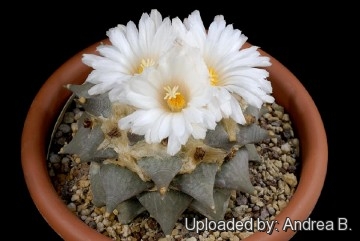 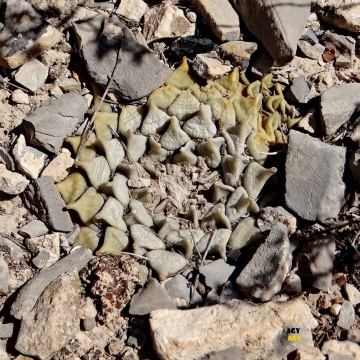 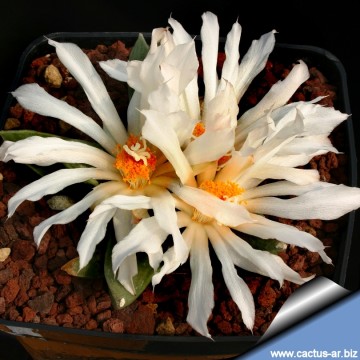 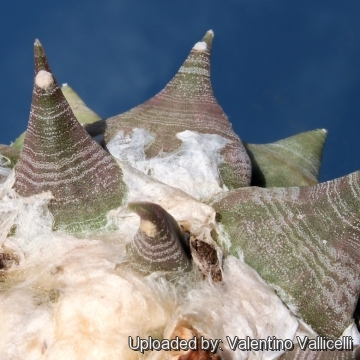 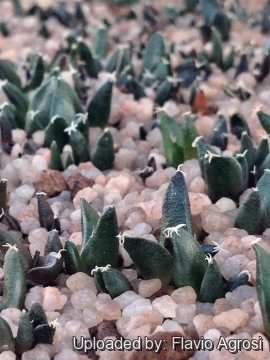 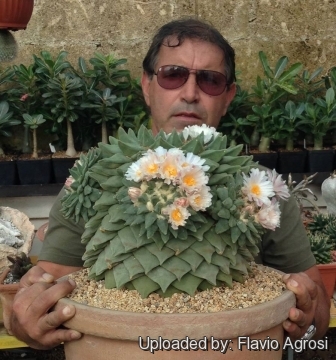 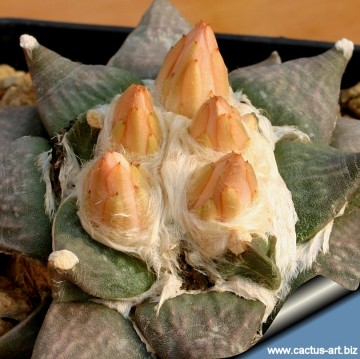 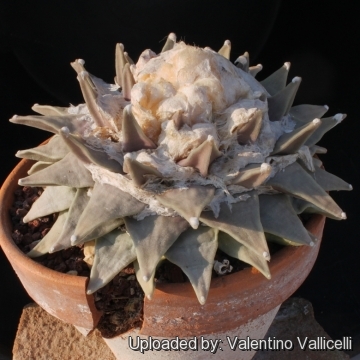 by Cactus Art
There are a total of 27 Photos.
Click here to view them all!
Cite this page: "Anhalonium areolosum" Text available under a CC-BY-SA Creative Commons Attribution License. www.llifle.com 14 Nov. 2005. 23 Jan 2021. </Encyclopedia/CACTI/Family/Cactaceae/2147/Anhalonium_areolosum>