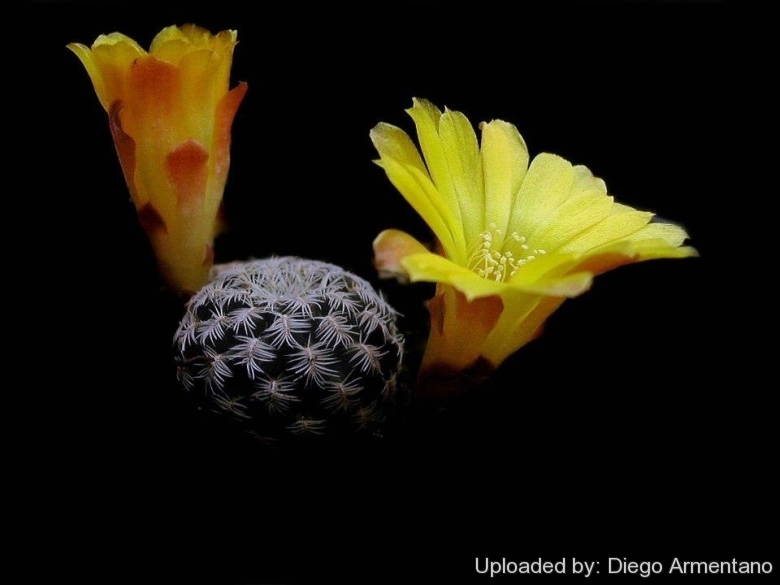 Description: Sulcorebutia langeri is a form of Rebutia cardenasiana, but not sufficiently differentiated and considered merely a local variant of the latter (if not the same). It has pectinate white spines covering the black-green stems and produces sunny yellow flowers (in profusion in spring) larger than the tiny bodies. S. langeri is one of the easier to recognize yellow-flowering Sulco, well-known bot not yet very common species in cultivation.
Derivation of specific name: It was discovered near Vallegrande by Bro. Andrew Langer of Pampa Grande.
Stem: Solitary or clustering,
Ribs: ca. 14.
Spines: 21-25, up to 3 mm long mostly white, occasionally white and brown. The spines are adpressed, pectinate and finely hairy if seen through a lens.
Flowers: Yellow and orange.
Fruits: Brown with pink scales. 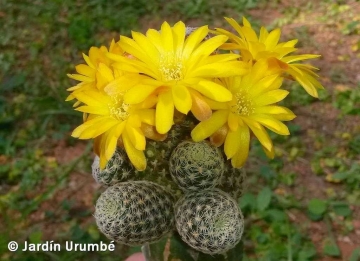 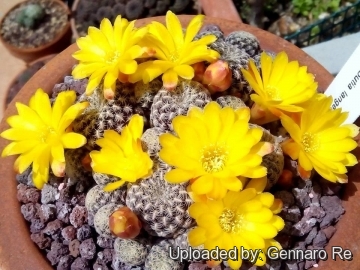 Sulcorebutia langeri Photo by: Gennaro Re 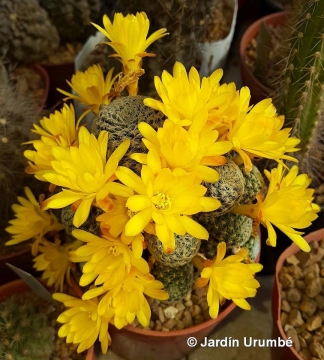 Sulcorebutia langeri Photo by: Alexander Arzberger
Send a photo of this plant.

Cultivation and Propagation: This species loves a very permeable, coarse mineral soil as well as to be strictly kept dry throughout the winter quiescent period since it is very sensitive to any moisture excesses, To prevent rottenness it is also advisable to surround its root neck by very rough sand or grit, this help a fast water drainage and an appropriate air circulation. Plants are quite frost hardy -5 (-10)° C.
Watering Needs: Water moderately in the growing season, keep dry during the winter rest
Frost Tolerance: Overwinter in a cool place (at 0/10°C) this is important for the flowers as well as for plants health. Without this cool winter period they normally wont get any buds.
Sun Exposure: Needs a full sun exposure (light shadow my be useful in the hottest summer days)
Propagation: Seed, cutting, grafting.