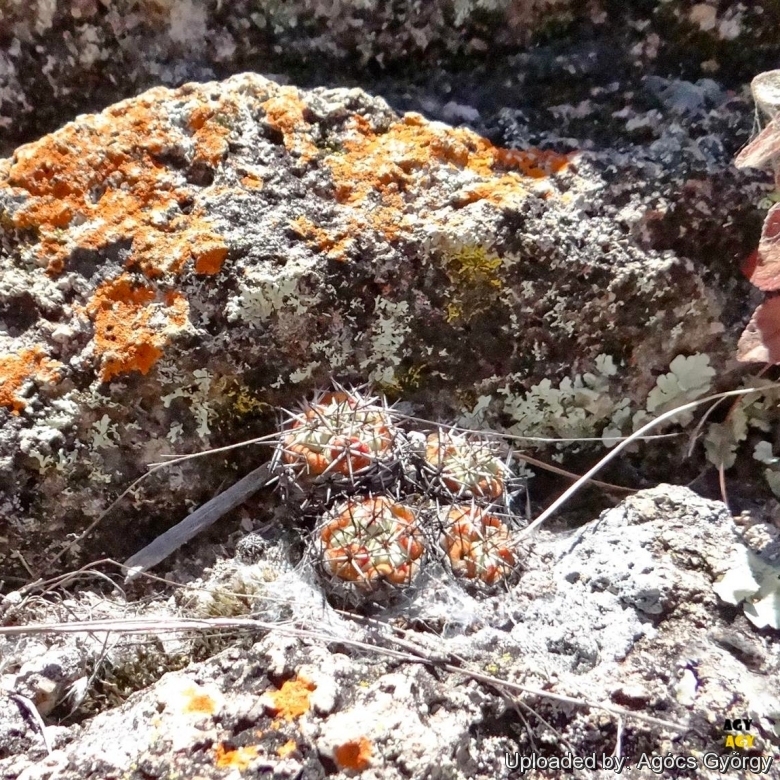 Ortegocactus macdougallii Photo by: Agócs György
Growing habit among limestone rocks in Mexico. These plants tend to develop rust-coloured spots that seems to help them to blend with the liken that grows on the rock in the background.

Origin and Habitat: Mexico (Oaxaca), San Jose Lachuguiri, in a small practically inaccessible zone and it is known from a single location.
Altitude: It grows at a height of 1600-2000 meters.
Habitat: Grows in grasslands on an escarped limestone stone rock top, practically deprived of trees and scrubs.

Description: Ortegocactus macdougallii is a clumping, slow-growing, cactus that form tiny bushes only few centimetres in size.
Stems: This species has a strange and unmistakable lime-green-grey coloured epidermis, each stem extends with the years, reaching a diameter of 3 to 4 cm. However, as these plants age, they tend to develop rust-coloured spots on them even in the care of the most accomplished growers. This rust-coloured spots are a common feature of wild plants too, and seems to help them to blend with the rust-coloured likens that grows in the background.
Tubercles: Low, often squashed, rhomboid and arranged in spiral, of 8 to 10 mm of diameter.
Areoles: Dimorphic, with white felt and spines in the superior part, some times with furrows.
Central spines: 1 turgid black, or whitish with a black tip 4 to 5 mm in length.
Radial spines: 7 to 8 radial spines of the same colour of 5-10mm of length.
Flowers: Diurnal, funnel-shaped yellow 2 to 3 cm long , and 2, 5-3 (5) cm of diameter in the spring or summer, arises from the base of the areoles of superior tubercles, They last a couple of days. It is an auto-fertile plant.
Fruit: Globular, slightly extendended, dry when mature, reddish, of about 5 mm of diameter, conserves adhered rest of perianth, indehiscent.
Seed: Almost spherical, brown blacks 1.2 mm in length and 0.9 mm wide, of a shining black colour.
Root: Fibrous.

Notes: Ortegocactus is a genus closely related to Mammillaria. The "macdougalli" is the sole species of the genus Ortegocactus (monospecific). Recent philogenetic studies on of the DNA locate the Ortegocactus between Neolloydia and Coryphantha. 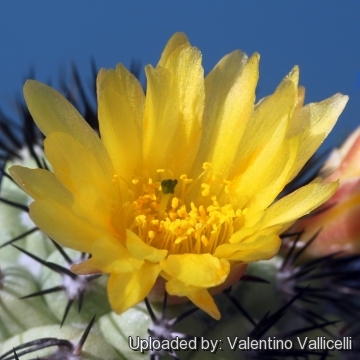 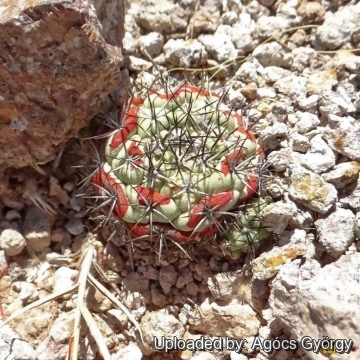 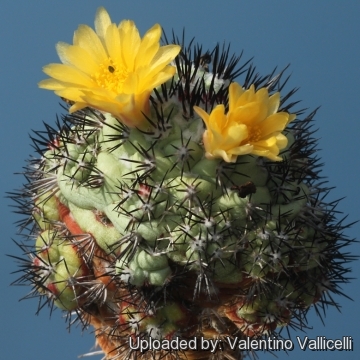 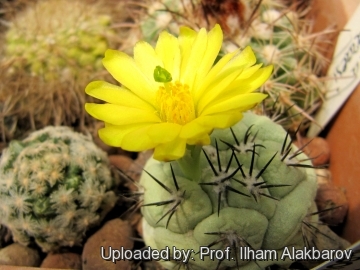 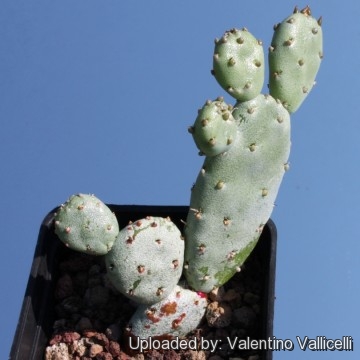 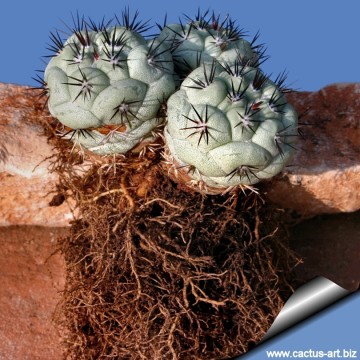 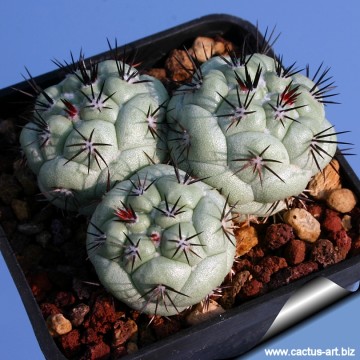 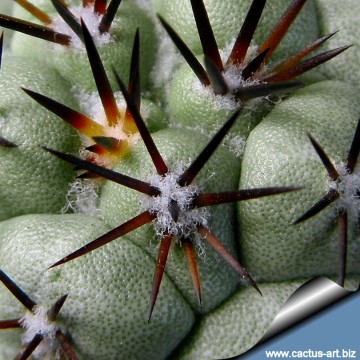 Cultivation and Propagation: Not the easiest of plants to grow well and tricky to grow when on its own roots, this interesting and distinctive looking plant needs a little care with regard to heat and water. It show a distinct intolerance to over watering either by rotting off, or by bursting of the epidermis. Composts should therefore be very open and gritty, use shallow pots, with good drainage.. To prevent growing a monster totally out of proportion to their attractive and natural form, one should limit the fertiliser.
A harmless but unsightly orange discoloration (corkiness) is common at the base of the stems, though this is not due to disease, and apparently is unavoidable, cautious examination should periodically be undertaken to ensure that rot has not set in Re-rooting is not easy.
Propagation: Very slow from seed. Many authors recommend grafting, first on Pereskiopsis and soon on Myrtillocactus geometrizans. If it does not reject the stock, it is possible to be cultivated without problems. If we prefer to cultivate it on its own roots, we can maintain intact its characteristics without deformities, grafted plants clump readily and the offsets can be used for make cuttings.

by Cactus Art
There are a total of 17 Photos.
Click here to view them all!
Cite this page: "Ortegocactus macdougallii" Text available under a CC-BY-SA Creative Commons Attribution License. www.llifle.com 14 Nov. 2005. 21 Sep 2020. </Encyclopedia/CACTI/Family/Cactaceae/3389/Ortegocactus_macdougallii>