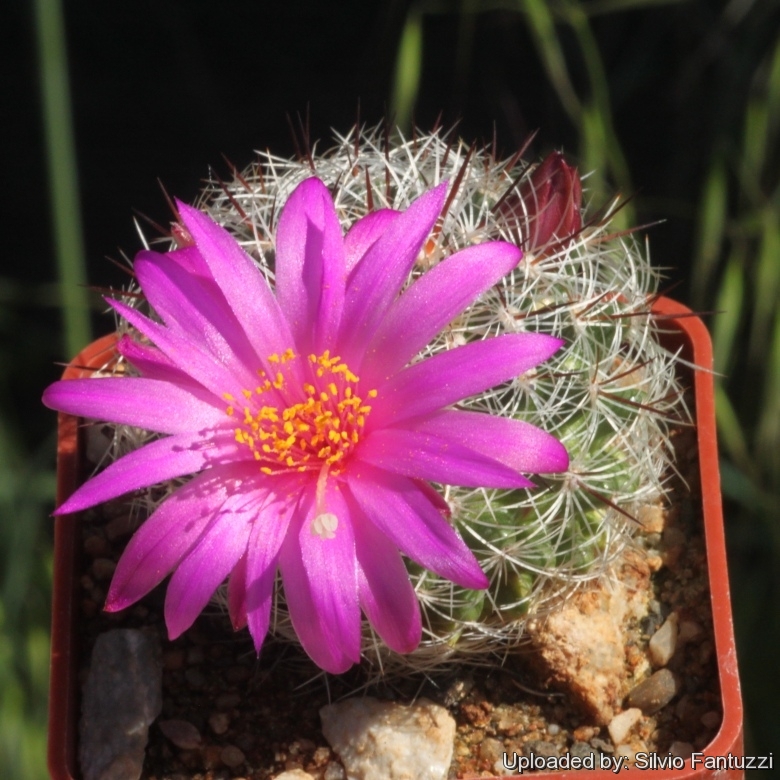 Subspecies, varieties, forms and cultivars of plants belonging to the Mammillaria deherdtiana group 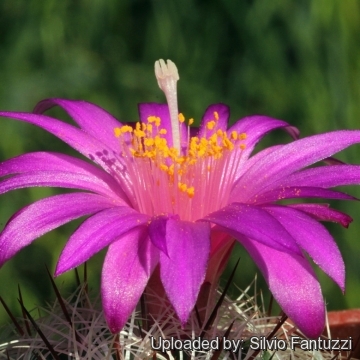 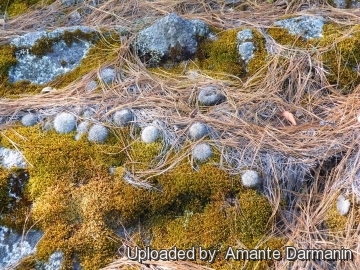 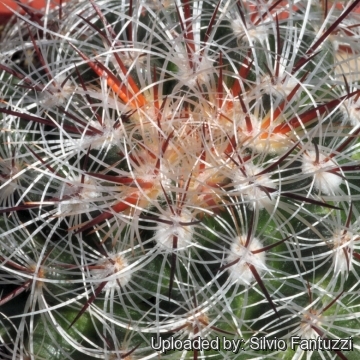 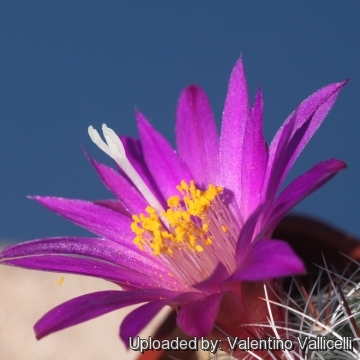 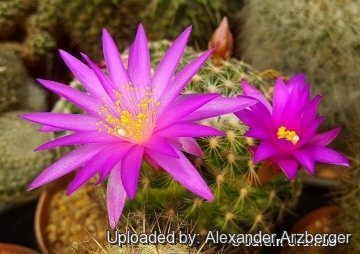 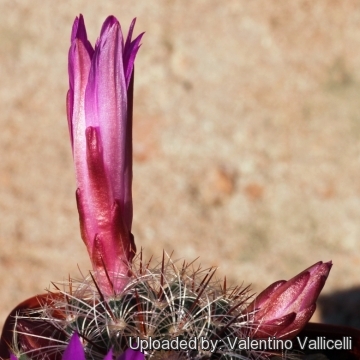 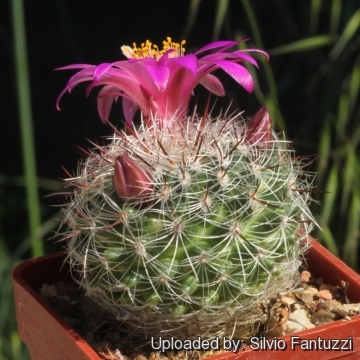 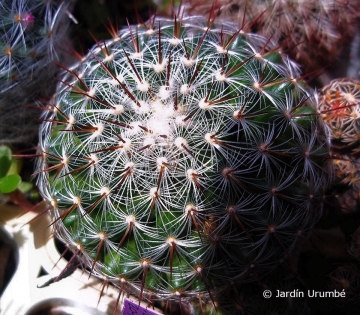 Cultivation and Propagation: Mammillaria deherdtiana var. dodsonii is relatively rare in cultivation and has the fame to be difficult to grow on its own roots because it is very sensitive to overwatering (rot prone) and slow-growing. However it is more easy than for species deherdtiana.
Growth rate: Slow growing species that will form irregular clumps with time. Flowering 3–5 years from seed.
Soil: Mammillaria deherdtiana is adapted to very shallow organic soil (grows in moss patches) and requires skilful cultivation, grow it in an open sandy-gritty cactus compost with more organic matter than usual (e.g. add sphagnum, leaf-mould or fine crushed pine bark)
Pots: It needs a relatively shallow pot to accommodate its fibrous roots and provide a very good drainage. They may stay in the same pot for many years.
Watering: Water in moderation, it prefer a completely dry place during winter. Mature individuals easily rot and die especially after planting so be extremely cautious with watering. , Keep dry in winter or when night temperatures remain below 10° C. Water it less than average if in bigger pots.
Special need: Provide very good ventilation. Nearly all problems occur as a result of overwatering and poor ventilation, especially when weather conditions are dull and cool or very humid.
Fertilization: Feed them once during the growing season with a fertilizer specifically formulated for cactus and succulents (high potash fertilizer with a dilute low nitrogen), including all micro nutrients and trace elements diluted to ½ the strength recommended on the label. They thrive in poor soils and need a limited supplies of fertilizer to avoid the plants developing excess vegetation, which is easily attacked by fungal diseases.
Exposure: It will do its best with lots of sun and become stressed with inadequate light which could result in poor growth and unnatural shape.
Hardiness: It likes warmth (recommended minimum winter temperature 5° C) however plants kept perfectly dry can can survive low temperatures, approx. -5°, but for safe cultivation it is best to avoid freezing temperatures.
Use: This is a good pot plant suited for a non heated green house. It can be also cultivated outdoors in raised beds, terraces if sheltered from winter rain. This cactus continues to be, a particular prize among collectors
Pests & diseases: These cacti may be attractive to a variety of insects, but plants in good condition should be nearly pest-free, particularly if they are grown in a mineral potting-mix, with good exposure and ventilation. Nonetheless, there are several pests to watch for:
- Red spiders: Red spiders may be effectively rubbed up by misting the plants from above.
- Mealy bugs: Mealy bugs occasionally they develop aerial into the new leaves and flowers with disfiguring results, but the worst types develop underground on the roots and are invisible except by their effects.
- Scales, thrips and aphids: (they are rarely a problem.)
- Rot: Rot is only a minor problem if the plants are watered and “aired” correctly. If they are not, fungicides won't help all that much.
Propagation: Seeds are quite difficult to germinate and a low rate of success. The seeds can be sown in pots of fine, well-drained sandy soil, any time during the spring when temperatures are warm. Cover the seeds with a fine layer of grit and water from below with a fungicide to prevent damping off. For the 1-2 weeks cover the pots with a sheet of glass/clear perspex to keep the humidity levels high. Remove the glass and replace it with light shade-cloth and mist once or twice a day for the next two weeks after which most seeds should have germinated. From then on mistings can be reduced to every second and then every third day as the little plants grow. Grafting is often used to speed growth rate and to create a back-up for plants in collection.