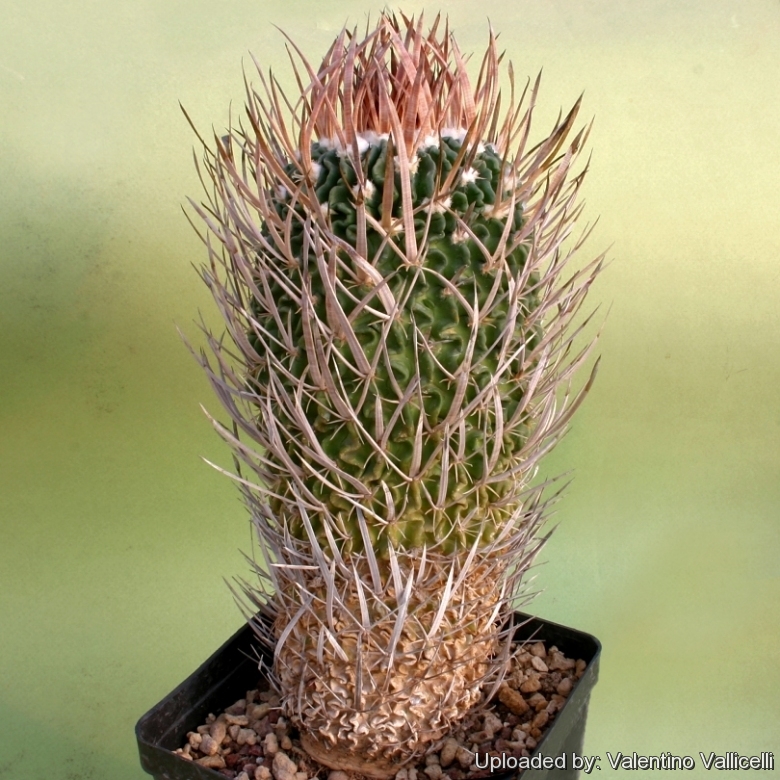 Description: It is a globular cactus which became elongate when old , even though usually solitary this species is one of the few members of the genus that can put forth basal shoots. It does so as a young plant, becoming sometime densely branched. Stems rather small up to 10 cm in diameter, 10 (20) cm tall with about 27 corrugated, sharp-edged ribs, swollen where the areoles grow. The latter are round and thickly felted around the apex, later becoming almost bare.
Spines: there are 3 major spines on the upper part of the areoles: two are conical and curved upward while the central spine is flattened, yellowish or pinkish , about 2 (4) cm long and 2 (4) mm wide. On the older part of the plant there are four small white radial spines, and sometime another central spine appears below the others, pointing downward; it is curved, flat, and the same length as the upper central spine.
Flowers: 1-2 cm long can be up to 3-4cm in diameter. It has white or pale yellow flowers with pink mid-veins and a greenish base.. The plants known as Stenocactus pentacanthus have long lasting bluish flowers in early spring.
Remarks: S. caespitosus nowadays is not considered a distinct species or variety but only one of the variable phenotypes of the clinal species Stenocactus obvallatus. 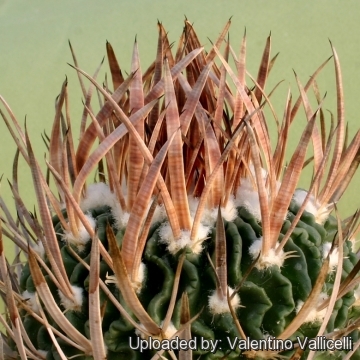 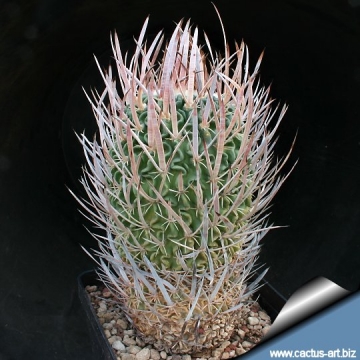 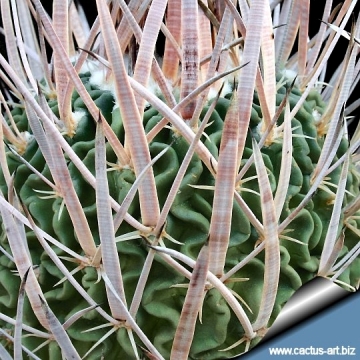 Cultivation and Propagation: Easy to to care and flower. It needs regular cacti soil with good drainage, allow to dry between watering. It should not be watered at all in winter.
Propagation: Seeds (usually) or but, since it tillers early, it is simpler to use shoots.
Exposure: It likes strong sunshine but is tolerant and do well with light shade during the hot Summer months.
Frost Tolerance: does not tolerate intense or prolonged cold (hardy to -5°C if kept dry)