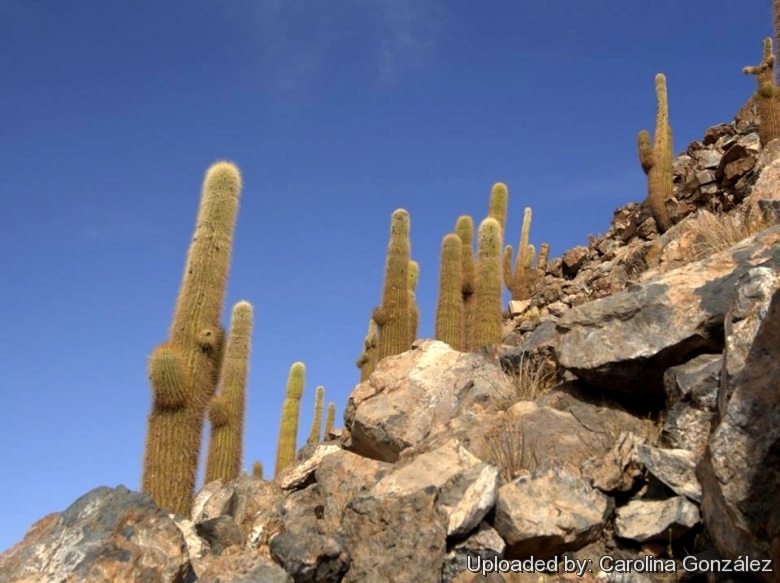 Origin and Habitat: Antofagasta and Tarapacá (region II), Chile.
Altitude range: It grows at elevations of 1,700 to 3,900 metres above sea level.
Habitat and ecology: Echinopsis atacamensis grows on rocky soils in the arid puna of Atacama in Chile. The recruitment rate of the species is very low. The fruits of the species are eaten by locals in Chile, but this does not pose a threat. The major threats are illegal collection, and land use change due to agriculture and farming. The plant is collected for horticulture, gardening and landscaping. Also, the plant is affected by a pest (beetles). In Chile the populations are not under pressure, as all use of the species is historical and has ceased almost completely.

Description: Echinopsis atacamensis (Trichocereus atacamensis) has a tall columnar habit. The subspecies atacamensis is usually unbranched and found in Chile and distinguish from Echinopsis atacamensis subsp. pasacana that is branched, Saguaro-like, and occurs in Argentina and Bolivia
Stem: Up to 70 cm across and 6-7(-10) m tall.
Ribs: 20-30 deep.
Areoles: Brown becoming large, round that produce at once a whole spine cluster, but the areoles remain capable of further growth. Many years later new spines may be formed from the upper part of the areoles.
Spines: (30-)40-50(-100) quite variable in different specimen, unequal, hardly distinguishable from radials to central, subulate, rigid to flexible, creamy-white, amber, yellow-brown or dark-brown coloured, the longest up to 30 cm long, but usually less than 10 cm long.
Flowers: Borne on the sides of the stems, rose-white, 10–14 cm long; Tube covered with long blackish hairs.
Blooming period: Spring to summer, flowers open in the evening and last from 18 to 40 hours.
Fruit: Dark green, densely covered with hairs, up to 5 cm long, edible. 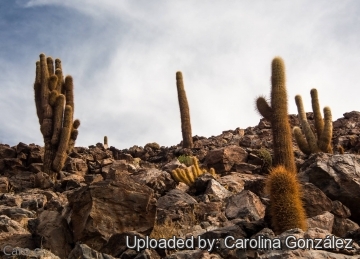 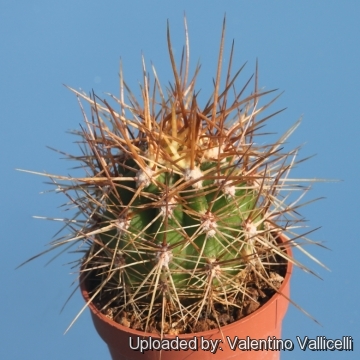 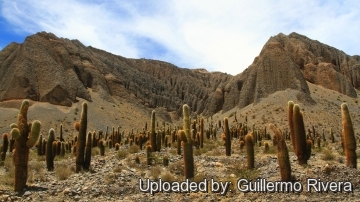 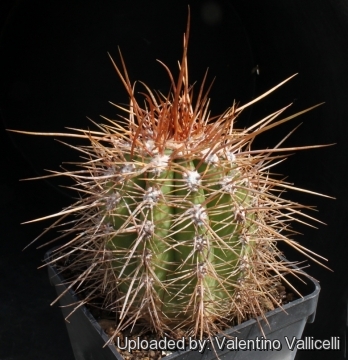 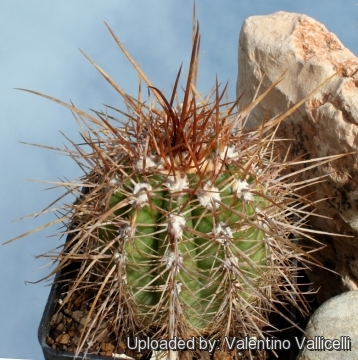 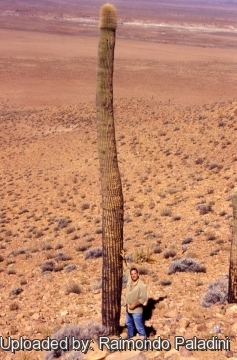 Trichocereus atacamensis, north Chile on the border with Bolivia. Photo by: Raimondo Paladini

Cultivation and Propagation: It grow slowly and are moderately cold hardy, but make sure that they are not exposed to severe freezing temperatures, or they may die. They need a well drained soil mix. Water regularly in summer but allow to dry fully before watering again. During the winter months they should be rather kept dry. Since they are big-sized plants, they need plenty of space for their roots. Repotting should be done every other year, or when the plant has outgrown its pot.
Exposure: Light shade when young, full sun later.
Propagation: From stem cuttings (if available) in spring (let them dry till the ends callous well. Then replant them in fresh cactus soil that is ever so slightly moist, and keep it that way till they root) or preferably by seeds. Seeds should be sown in a well-drained soil mix. Surface sowing is the best; seeds germinate in 14-28 days at 20° C .
Traditional Uses: The wood of this species in making rain sticks.