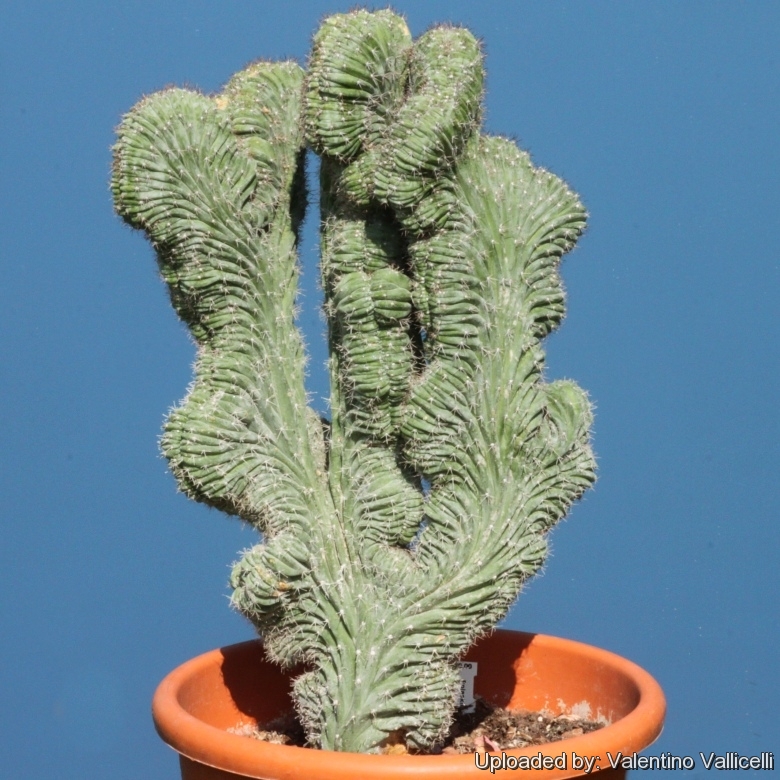 Origin and Habitat: Garden origin (Nursery produced cultivar). The original natural habitat of this species are the warmer areas of central Mexico (Tehuacán-Cuicatlán Valley and adjacent Mixteca Alta in the Mexican States of Oaxaca and Puebla).

Description: The typical Polaskia chichipe is a big columnar tree-like cactus (commonly known as "Chichipe,") that is very popular and widely grown for its many curved branches, up to 5 m tall.
Crested form: The beautiful crested form (Polaskia chichipe f. cristata) is very rare in collection and highly priced for its sculptural shape and powdery grey-blue epidermis. The crested form can also get very big making a spectacular specimen. Older crested plant can reach a considerable size (up to 2 m tall and in diameter, or more).
Stems: Fan shaped forming odd sculptural, powdery grey-green with wavy ribs. There are several crested clones of Polaskia chichipe and all have the tendency to fan out, some will form stable crests while others (the more common) just cluster over one another.
Areoles: 1 to 1.5 cm apart.
Spines: Greyish up to 5 cm but usually shorter; 1 central spine; 6-8 radials.
Flowers: Small yellowish-green. Anthesis diurnal as well as partly nocturnal.
Fruit: 2-3 cm edible. 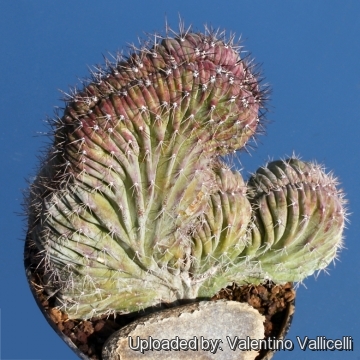 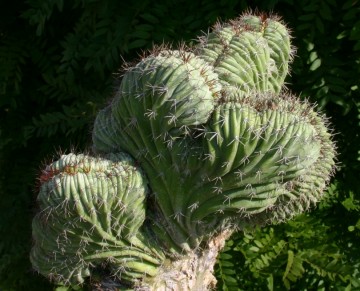 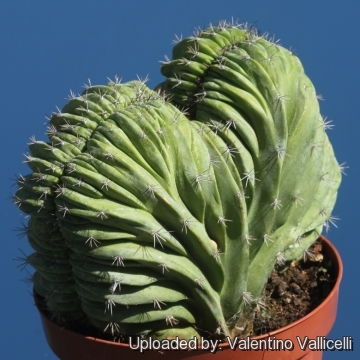 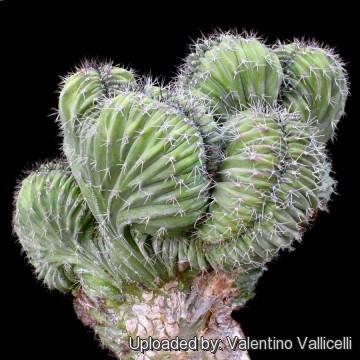 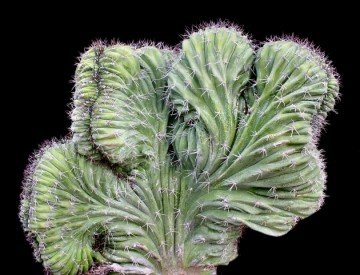 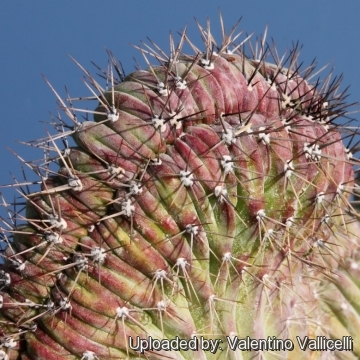 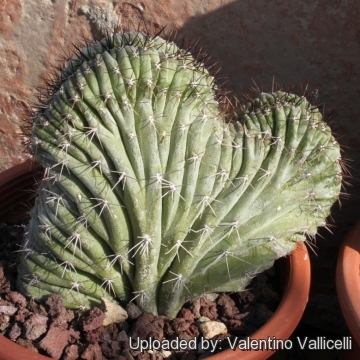 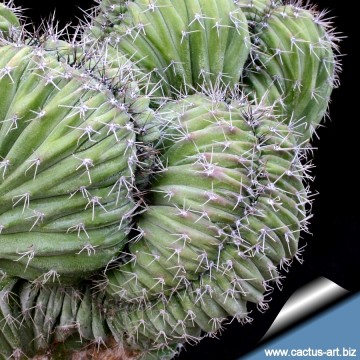 Cultivation and Propagation: This species presents no problems in cultivation and will do well in a sunny spot in a cactus house. These plants will tolerate sun and heat, but not any frost. The crested form is more frost sensitive and should not be kept at less than -4°C . Grow them in rich, porous, sandy soil, and let their soil dry out between waterings. If potted, repot in the spring, if their roots become cramped. Generally, they should be repotted every other year in order to provide fresh soil. However, this doesn't necessarily mean they'll need larger containers. Fill about a quarter of the pot with broken crocks, gravel, etc. to promote good drainage. After repotting, do not water for a week or more. The crested plants enjoy a warm sunny environment and for more speedy growth a light position on a higher shelf with light feeding and rainwater given to the bottom of the plant will ensure success, especially with rooted detached branches, which do well in these conditions.
Propagation: The crests are frequently grafted onto a Myrtillocactus geometrizans trunk, but are easily grown on their own roots. Any normal shoots should be removed to promote the growth of the crest. It can be increased by cuttings, which will take root in a minimum temperature of 20° C. Cuttings of healthy shoots can be taken in the spring and summer. Cut the stem with a sharp, sterile knife, leave the cutting in a warm, dry place for a week or weeks (depending on how thick the cutting is) until a callus forms over the wound. Once the callus forms, the cutting may be inserted in a container filled with firmed cactus potting mix topped with a surface layer of coarse grit. They should be placed in the coarse grit only; this prevents the cut end from becoming too wet and allows the roots to penetrate the rich compost underneath. The cuttings should root in 2 to 6 weeks.