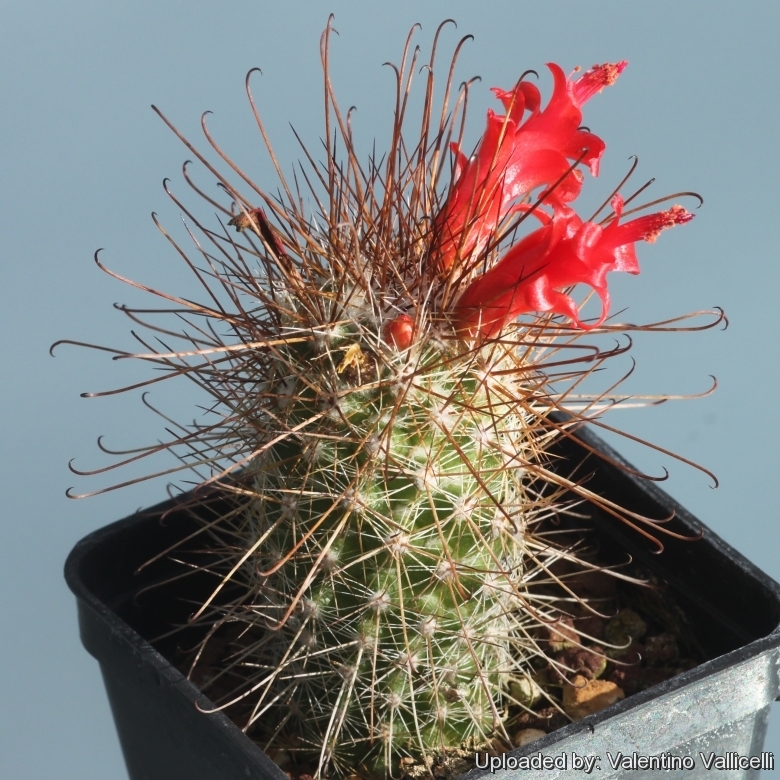 Origin and Habitat: Endemic to Cedros Island, off the Pacific coast of Baja California, Mexico.
Habitat: Grows in non calcareous windswept rocks on slopes and often hanging from steep cliffs, where it grows in association with Agave sebastiana, Echinocereus maritimus, Mammillaria goodrichii and Ferocactus chrysacanthus. The island is frequently shrouded in fog and Pacific, hurricanes can occur year-round.
Altitude: Sea level to 200 m.
Habitat and Ecology: This cactus grows in shrublands on a wide variety of soils, from sandy to rocky slopes. The flowers are very particular, red, narrowly tubular with bilateral symmetry and fit for hummingbird pollination. This is a widespread and common species, with no known decline or threats.

Description: Cochemiea pondii (syn: Mammillaria pondii) is a small cereus like cactus, at first solitary then with time forming small irregular few branched clusters, with stems, either ascending or prostrate.
Stems: 7-30(-40) cm long, 3-7 cm in diameter, grass green, cylindrical, narrow, either upright or prostrate, eventually clumping near the base of the plant, somewhat jointed hidden under a dense cover of spines.
Tubercles: Conical, axils with fine bristles.
Areoles: Young areoles white and tomentose.
Areoles: At first bearing grey wool then naked.
Radial spines: 15-30 white (usually) creamy or sometime reddish brown, slender, spreading, up to 12 mm long.
Central spines: 4 to 11 up to 30 mm long, reddish, longer and stouter than the radials, of which one (or two) rigid and strongly hooked, whitish with dark tip.
Roots: Fibrous or moderately thickened.
Flowers: Produced near the plants tip from axils of tubercles , long, scarlet, 5 cm long, 2 cm wide, zygomorphic with a long hypanthium, segment flaring and tips reflexed, style as twice as corolla, stamens exerted half as far as style, filaments and anthers red.
Blooming season: March – April (sometime blooms a second time in Autumn)
Fruits: Purplish-red 18 mm long ovoid to obovoid.
Remarks: Cochemiea pondii is often confused with Cochemiea maritima which has only four stouter central spine per areole (of which one hooked).

Subspecies, varieties, forms and cultivars of plants belonging to the Cochemiea pondii group 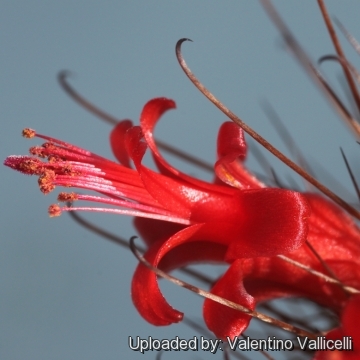 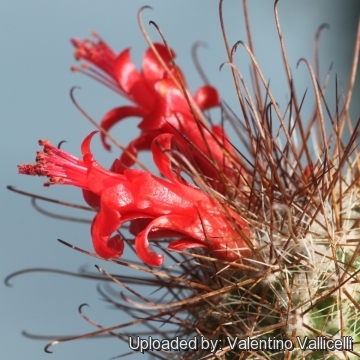 Cultivation and Propagation: This plant isn't famous for being easy to cultivate, but in good conditions with excellent ventilation, it grows without difficulty. It is especially sensitive to over-watering. So careful watering and an open mineral potting soil are a must. Avoid the use of peat or other humus sources in the potting mixture.
Don't add limestone to the potting mix, which must be moderately acidic. Can be sensitive to frost. Requires maximum sun exposure to reach its full potential. and in order to achieve success in flowering.
A winter rest that allows the plant to shrivel will encourage flowering and long term survival. Be careful to encourage slow growth.
Propagation: Seeds or offsets.