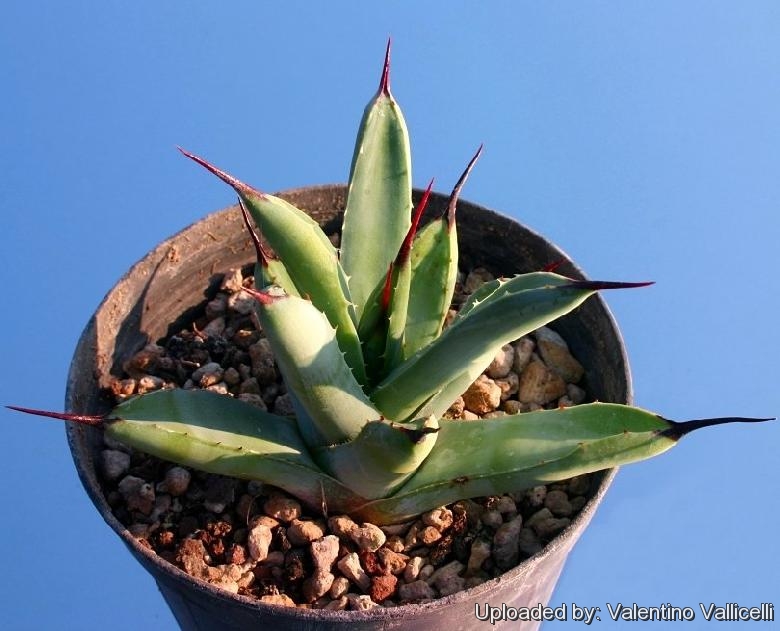 Origin and Habitat: Mexico ( Oaxaca and near Tehuacan in Puebla)
Habitat: Grows in barren rocky and very arid terrain where it grew with Cephalocereus hoppenstedtii, Neobuxbaumia tetetzo and a Mammillaria sp. at 1500-2000 m.

Description: Agave macroacantha viridis is distinguished from the standard greyish-blue Agave macroacantha for its greener foliage, however the two plants are quite similar and it is hard to tell apart one from the others, if not for the foliage colouration.
Habit: This is a very distinctive small to medium-sized stemless or short-stemmed Agave, it forms, neat, compact, rosette composed of many narrow leaves. It forms dense clumps apparently generated by the multiplication of ground-level offshoots to nearly 60 cm tall by 150 cm wide comprised of 25 to 35 inch wide rosettes.
Leaves: Bluish-green, straight, dagger-like, evenly spaced that radiate straight out from the centre of the plant, up to 55 cm long (but usually not more than 15-30 cm) with a thick, stiff, prominent, straight or undulate, rounded below, 3 cm long terminal spine (white/brown) dark brownish-red to almost black) . The margins of the leaves are very straight (or some time undulate) and have short, contrasting dark brown, serrated teeth 0,5-2,5 cm apart.
Flowers: The inflorescence is made up of a 2 metre slender stem with 10 to 14 lateral branches which hold groups of purple-tinged green flowers with a fuzzy interior flowers. Often after the flowering there appear small bulbils (already formed tiny plants) which fall to the ground, giving life to a new colony of Agaves. When this plant begins to flower the centre leaves take on an attractive reddish hue from where the dark red inflorescence begins to emerge
Blooming season: Spring to summer. The species does not flower as freely as some, the plant needs to be 15 years or better to flower. 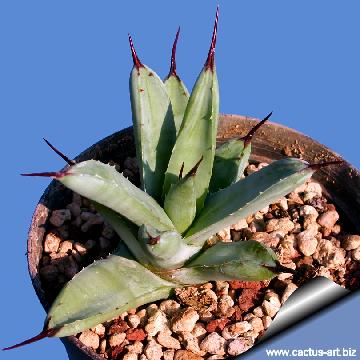 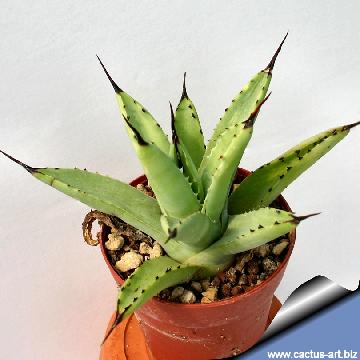