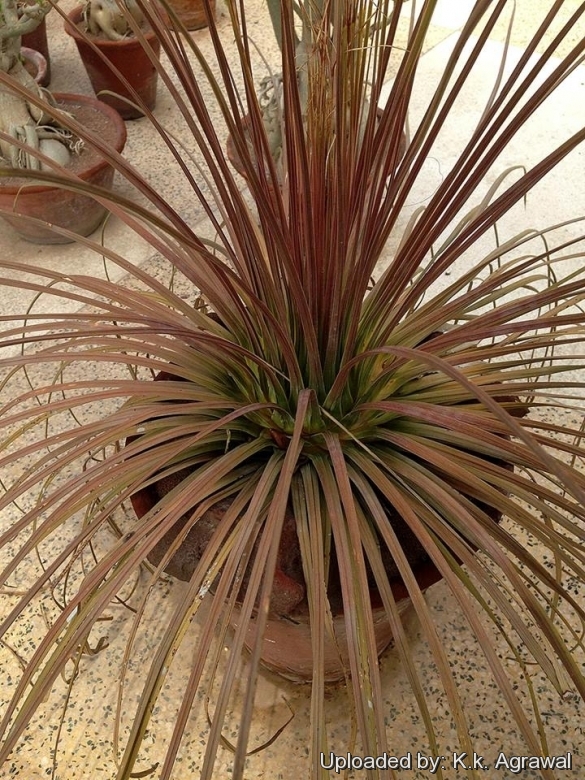 Origin and Habitat: Agave stricta is native to the Tehuacan Valley of southern Puebla and northern Oaxaca, in Mexico. The "rubra" is a selected form found in cultivation.
Habitat: It is generally found on dry hills and on flats in the open desert.
Ecology: It is one of the few non-monocarpic agaves. The initial rosettes, after the flower stalks finish blooming in mid-summer, branch and continue to grow, eventually creating a stack of porcupine-like balls.

Description: It is a small species, forming large balls of skewer-like leaves and looking like a very nasty porcupine. This species has the tightest spherical shape of any agave and will form offshoots to create a colony of rosettes. Each rosette grows in a slightly different direction and reminds one of a freeze-frame photo of grasses blowing in the wind or of forests of anemones moving with the currents.
Stem: Thick branched.
Rosettes: Individual rosettes, with hundreds of thin leaves up to 30 cm in height and width.
Leaves: Narrow, evergreen, yellow-green, green or glaucous blue, square to roundish in cross-section, toothless on the margin, about 35 cm long; thick at base, then narrowing to end in a very sharp spine. The forma rubra (red form) has thin red longitudinal lines on the leaves that give it a red colour that enhances under stress condition (especially drought, strong sun and cold)
Flowers: The flowers vary from green to reddish brown or purple, on a dense 150-200 cm spike-like raceme. It is one of the few non-monocarpic Agaves (just like A striata)
Blooming season: July to september. May flowers when mature at 8-10 years.
Remarks: It is very similar to Agave striata, but tends to have more and somewhat curved leaves, shorter flower tubes and a generally more symmetrical shape. In addition the leaves have a rounder section. A mature plant of Agave sticta looks like a meatball or a balled-up hedgehog. Once you have seen this plant, you won't confuse it with the similar looking and sounding Agave striata. 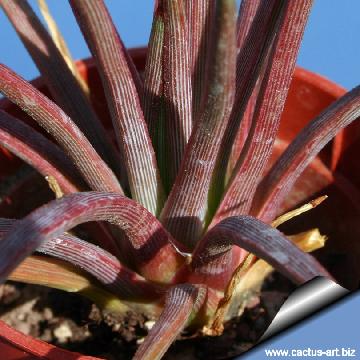 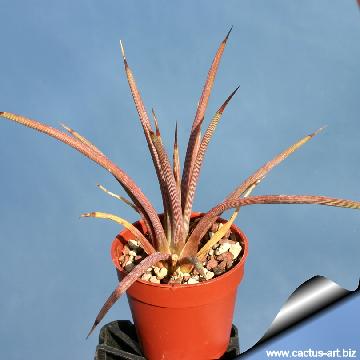 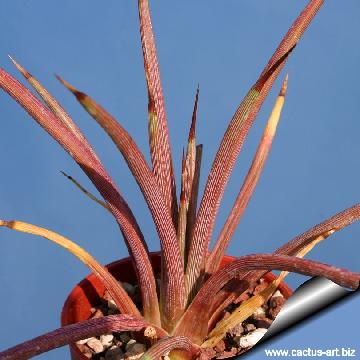 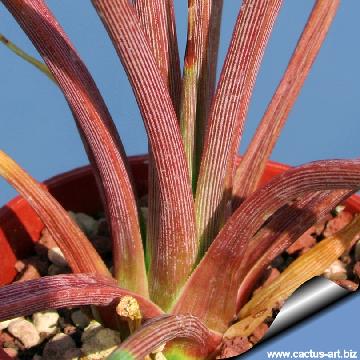 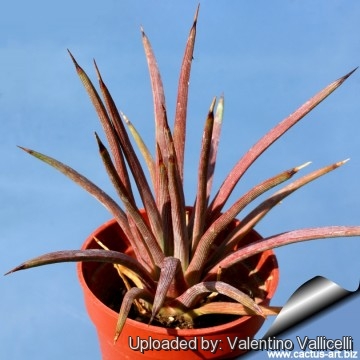