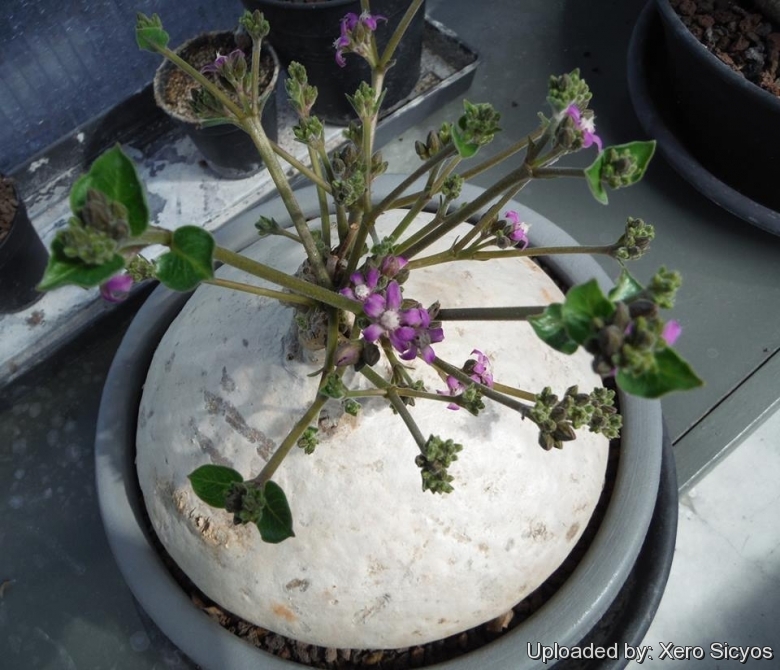 Origin and Habitat: Raphionacme hirsuta occurs in Namibia, Botswana, Zimbabwe, as well as in South Africa (East Cape Province, Orange Free State, KwaZulu-Natal), Lesotho and Swaziland. The species is widespread worldwide in cultivation.
Altitude range: Sea-level up to 1800(-2000) metres above sea level.
Habitat and ecology: This species has a very wide ecological amplitude and is found in habitats that range from relatively moist to dry subtropical, frost-free coastal or lowland grass-lands and savanna, frost-prone grasslands of highlands and mountains north facing slopes to arid savanna and grasslands 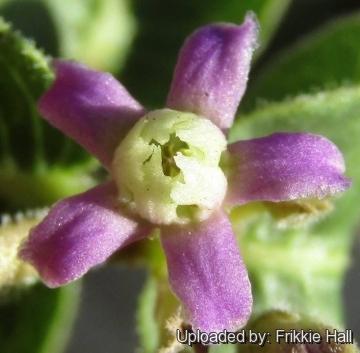 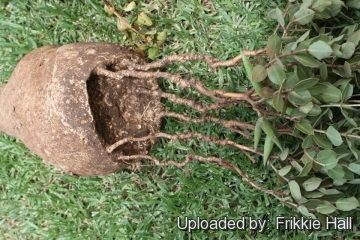 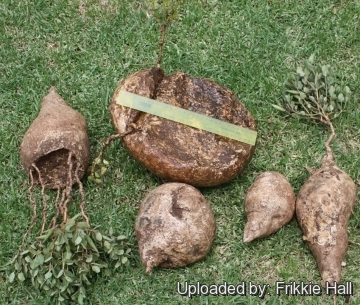 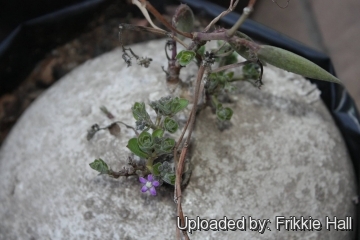 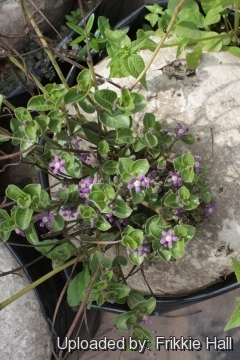 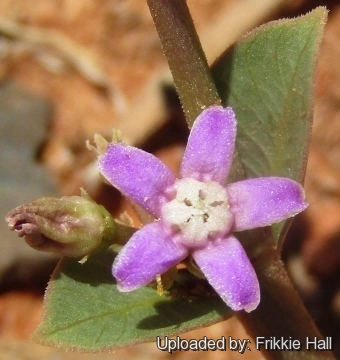 Cultivation and Propagation: In cultivation the plants are usually grown in semi shade, with the tubers wholly or (preferably) partially exposed to prevent scorching and rotting of the roots. This plant can take a good deal of water during active growth and should be watered only when not dormant. Keep dryish in winter. It should be overwintered in the greenhouse at temperatures over 12°C (avoid letting temperatures drop lower than 5° C). Use a very draining but rich soil. An error in cultivation may produce unsightly holes in the tuber.
Uses: Raphionacme hirsuta is little used for medicinal purposes, although its anti-tumour effect merits to be followed up by more research. Sliced tuber is applied to tumours. In Lesotho the tuber, mixed with hot water and sugar, is used for brewing a highly intoxicating liquor. It is possible that this species contains a higher concentration of glycosides than other Raphionacme species, which would explain its lack of use of the tuber as thirst quencher.
Propagation and planting: Raphionacme hirsuta is propagated by seeds.