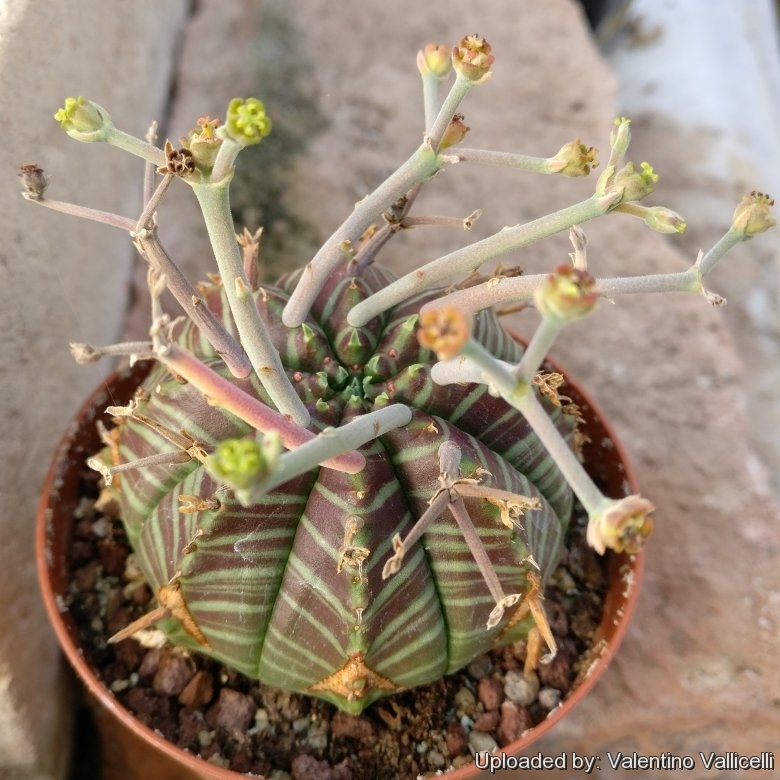 Description: Although some consider Euphorbia valida as synonymous with Euphorbia meloformis, E. valida has more persistent peduncles, leading to a bristly appearance, and the mature plants are much taller than E. meloformis. It has round banded stems with 8 to 12 ribs. The variegations on the plant body are a little less striking than E. meloformis. Occasionally there are offsets from the base. It is also very similar in look to Euphorbia obesa, but with small yellow flowers on long peduncles which dry and persist on the plant after blooming. It needs male and female plants in order to set seed.
Flowers: The male flower consists of one nude stamen only; several such flowers are grouped in a pseudanthium (Cyathium). They develop asynchronously, with usually only one or just a few (ca. 3-5) mature, pollen releasing flowers (stamina) in different stages of maturity present at the same time. After releasing the pollen, they are dropped soon.
A female Cyathium of this group usually contains a single flower, which consists of a syncarpous gynoecium of three carpels with one ovule each, and three styles that are joined at the base.
Fruits: The fruit is a dry capsule that "explodes" when it turns mature, catapulting the seeds that it contains (usually 3) up to several meters away from the mother plant.

Subspecies, varieties, forms and cultivars of plants belonging to the Euphorbia meloformis group

Notes: Subspecies or variety? Recently G. Marx placed Euphorbia valida as a subspecies under Euphorbia meloformis. These species are closely related, and for an outsider it is very difficult to distinguish them. There are some differences, though. It would be even better to place them as a variety instead of a subspecies, because at many places intermediate populations can be found. Like several other succulent Euphorbias of the E. meloformis/obesa/valida group, E. valida is dioecious, which means that unisexual flowers are found in unisexual inflorescences on either "male" or "female" plants. 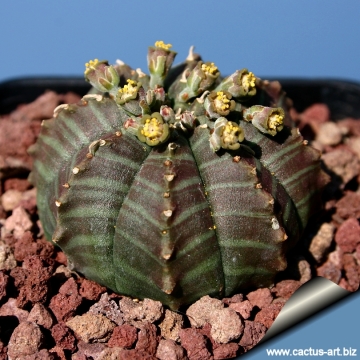 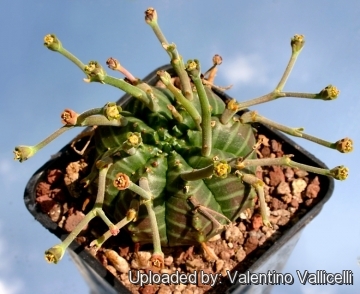 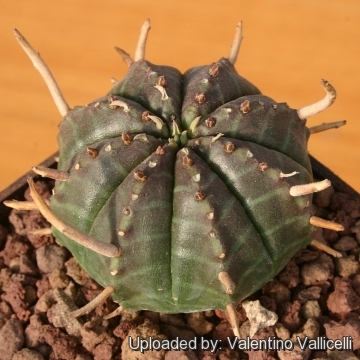 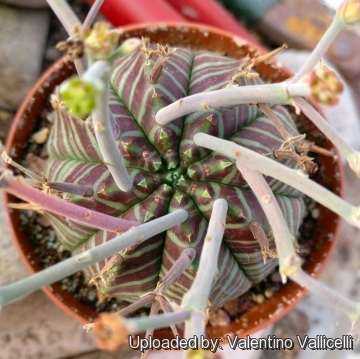 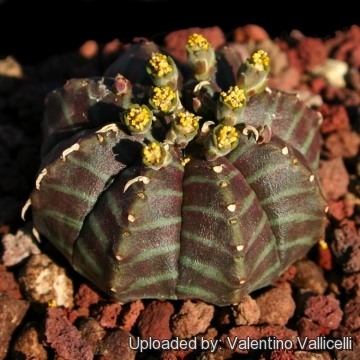 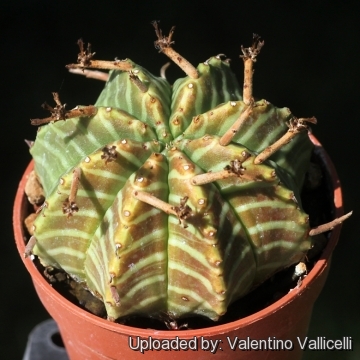 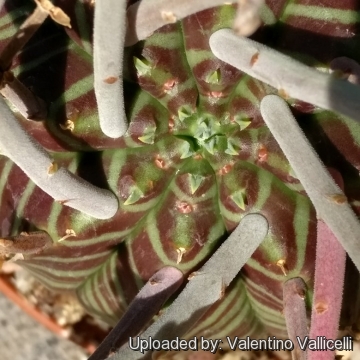 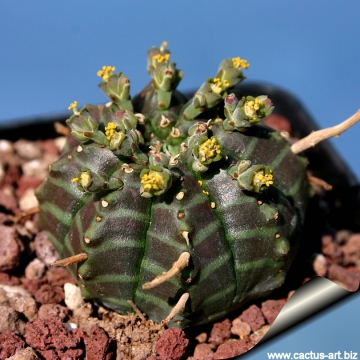 Cultivation and Propagation: It likes a sunny position. It does best in a mineral soil, and good drainage is essential. Water sparingly during the summer months, and keep dry in winter. It is a slow-growing, long-lived plant and, once established, it will be content in its position and with its soil for years. It can tolerate moderate shade, and a plant that has been growing in shade should be slowly hardened off before placing it in full sun, as the plant will be severely scorched if moved too suddenly from shade into sun. It is propagated from seed sown during spring or summer.