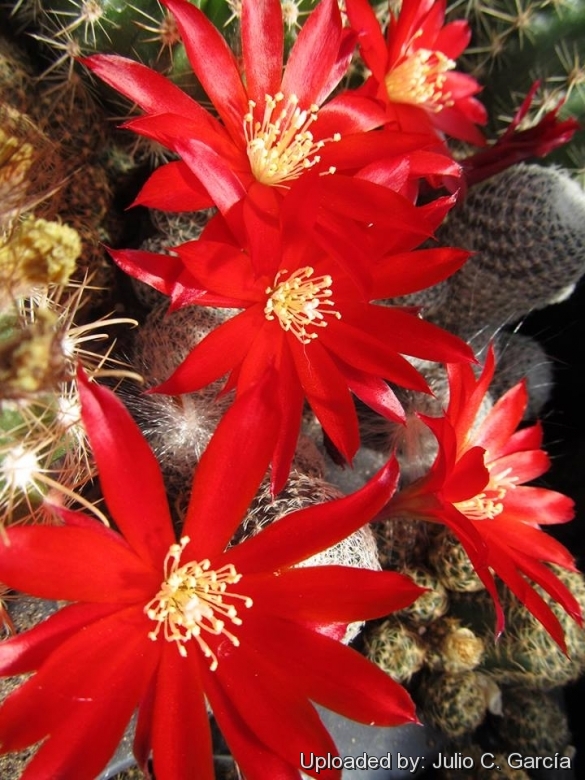 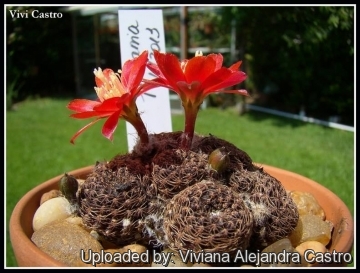 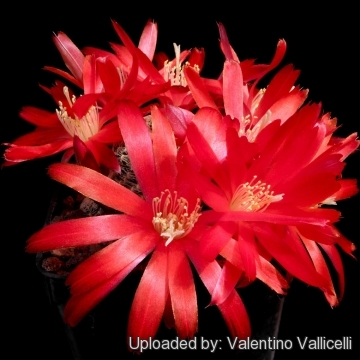 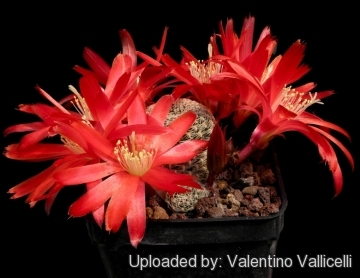 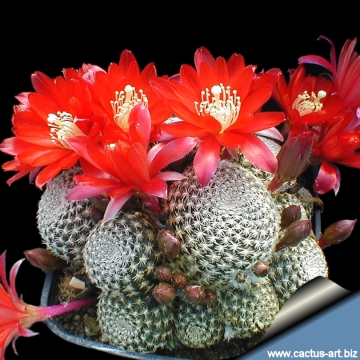 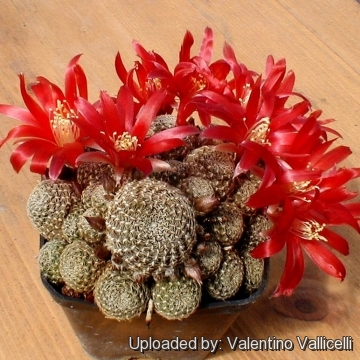 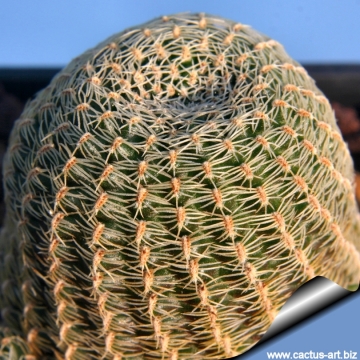 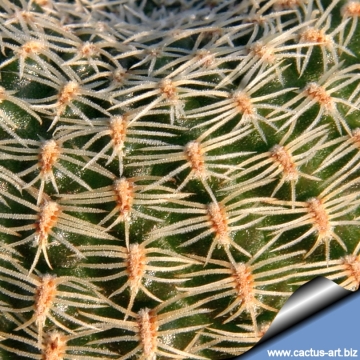 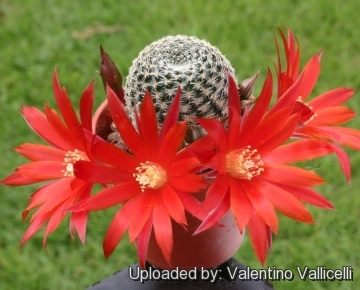 Cultivation and Propagation: These plants come from mountainous areas, so like bright light, cool and dry conditions in the winter; this is important for the flowers as well as for their health. Without this cool winter period (0-10° C) they normally wont get many buds. They have thick taproot and are of difficult cultivation and rot prone because of a great sensitivity to the excess of watering, not easy to get to any large size on their own roots really a challenge to grow into a large clump. They are commonly grafted to avoid root problems and to make easier to grow. Sun Exposure: Suited for sunny-brightly exposure; can tolerate light shade.
Cultural Practices: Suited for airy exposures. Needs deep pot and good drainage to accommodate its tap root.
It is very cold resistant as low as to -10° C or less for short periods of time. It is a fine plant for a rock garden or container, contrasts well with agaves, yuccas, and low-growing flowering plants.
Pests & diseases: R. heliosa is especially prone to root rot, therefore, underpot in a smaller container filled with very porous compost.
Propagation: Cutting as it branches freely from the base; Also can be grown from seeds or graft. Seeds can be sown in the spring or summer. The seedlings should not be disturbed until they are well rooted after which they can be planted separately in small pots.