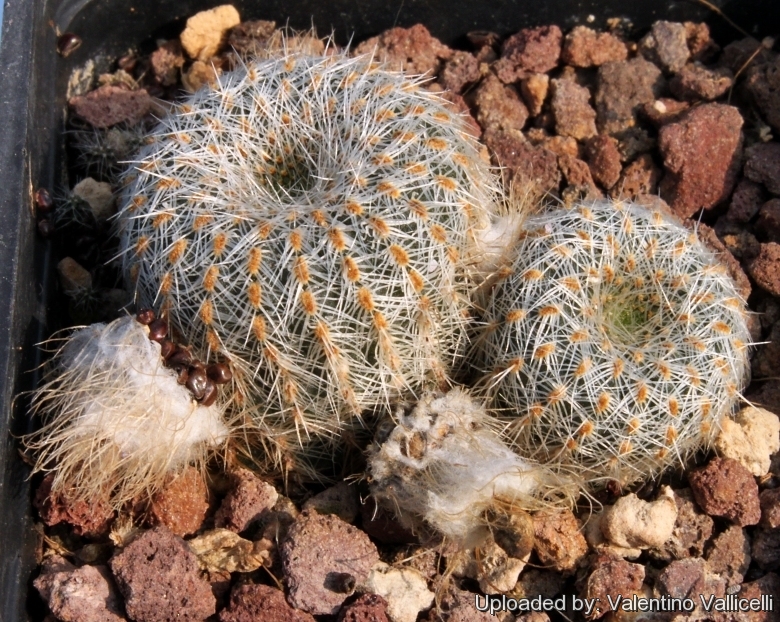 Origin and Habitat: Frailea pygmaea grows widespread over a wide area in Brazil, Uruguay and Argentina.
Habitat & ecology: Grows often in mountainous region in scattered but numerous populations, and it is often quite common. Usually it is found in the crevices of rocky outcrops, between the pebbles near these outcrops or in grassy, gravelly areas where the thin soil depth minimizes any competition from other plants. It is often found growing together with Frailea gracillima and Frailea castanea. The rain fall are quite frequent and often abundant.

Description: Frailea pygmaea as the name implies ("pygmaeus" meaning dwarf), is a very small cactus that lives half buried in the ground. globose. Most of the plants in habitat are single headed unless they are damaged. It is extremely an variable species with many different form and vcarity known.
The {{"gloriosa"}} form is very nice, due to it long white spines.
Root: Long tuberose, inversely conical 2-3 cm wide.
Stem: Typical F. pygmaea has a flattened, light green to dull green body, depressed at the crown, , with a turbinate base, 1 to 3 cm in diameter. Some forms have distinctive dark crescent-shaped marks below the areoles.
Ribs: 13-21 ribs, quite flat divided by transverse depression into tiny tubercles (more noticeable when the body is dehydrated).
Areoles: At first with witish or slight yellow wool.
Spines: 6-10 quite fine, short, bristly, setaceous, glassy, white radial spines, 1-4 mm long, adpressed and rarely also one or two small central spines. They are straight or slightly curved. Some forms have longer white spines that are basally orange yellow in colour while other have yellow spines and wool.
Flowers: Arising from the crown from a very woolly bud, often cleistogamous, 2 to 2.5 cm, up to 3 cm diameter, pale yellow, with dense, whitish to rose-colored pubescence outside. Inner perianth-segments lanceolate, acute, yellow; filaments and style white; stigma-lobes yellowish. But don't be disappointed when the easily produced buds fail to open. Fraileas are cleistogamous meaning that their flowers produce seed without even opening. Without the need for pollination, hence the buds rarely reach full bloom and remain closed. They will open only in great heat in the hottest, brightest, afternoon sun, if at all.
Blooming season: Hottest part of summer.
Fruit: Dry indehiscent that detach easily, pear-shaped, 1,5 cm tall, 1 cm in diameter, with short matted hairs and with a pointed head of bristles. The fruit wall is thick, membranous, fragile and it opens by a basal pore to release the seeds that are promptly harvested by ants.
Seeds: Elm shaped, 2 mm long, shining, black with large oblong hilum nearly as long as the body. 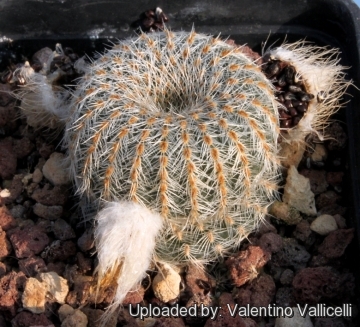 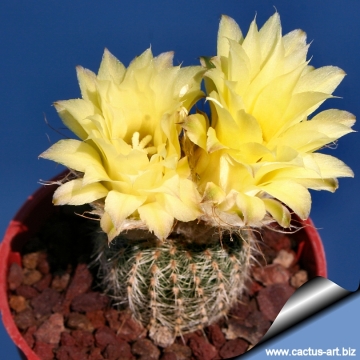 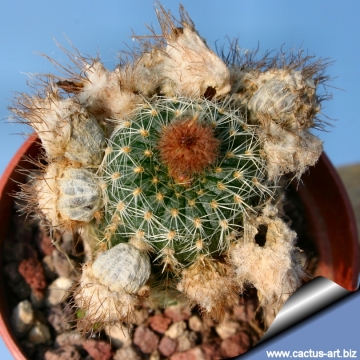 Cleistogamus flowers and self pollinated fruits Photo by: Cactus Art 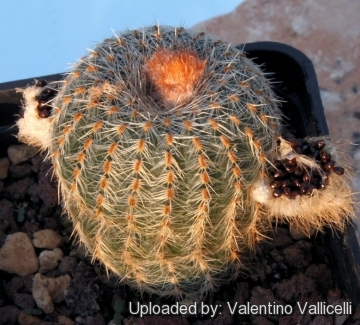 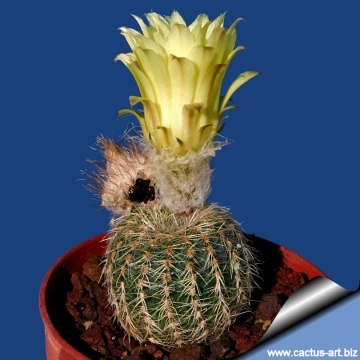 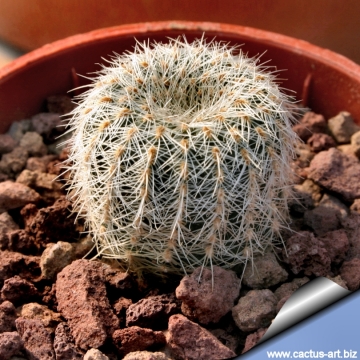 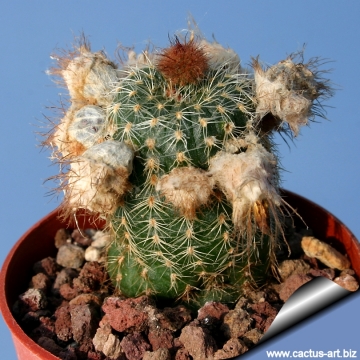 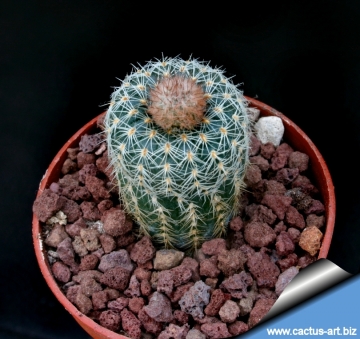