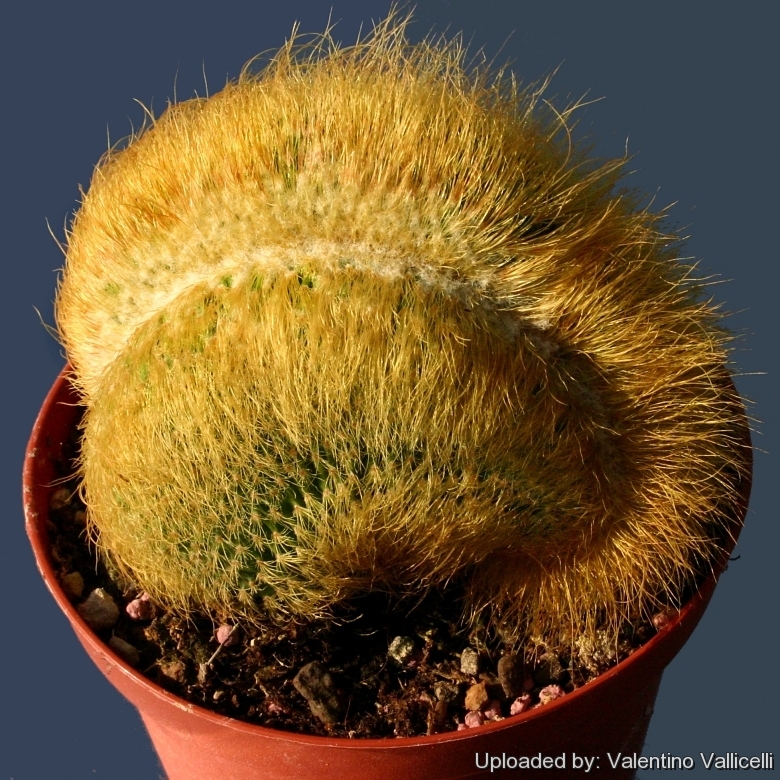 Description: The standard Parodia leninghausii (commonly known as Notocactus leninghausii or the "Golden Ball Cactus") is very popular and widely grown for its yellow bristly appearance, but this beautiful crested form is still rare in cactus collection. The most striking feature is the long, golden hairs it possesses, which serve to protect it from the harsh sun common to its native habitat. More precisely the long yellow hairs are actually long bristles that benefit the plant by reducing sun exposure and by trapping a layer of air next to the cactus body. This helps to cool the plant in the summer and keep it warm in the winter.
Spines: Harmless, golden and bristly.
Flowers: Near the top, 5-6 cm in diameter pure yellow, silky, shining with a lovely reflection in the petals.
Blooming season: It blooms only when mature in Spring to late Summer. Blooms more than once a year. 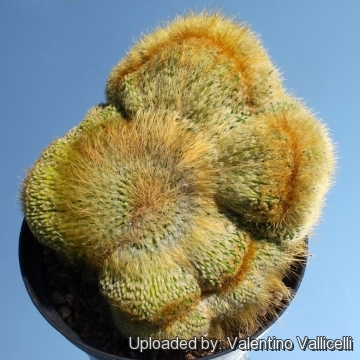 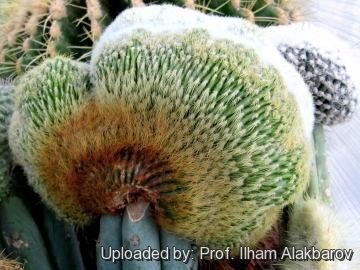 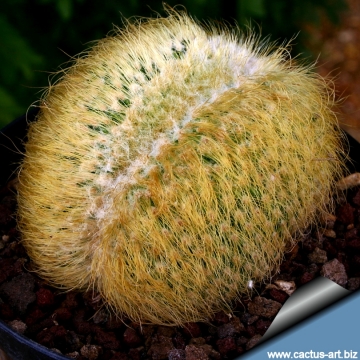 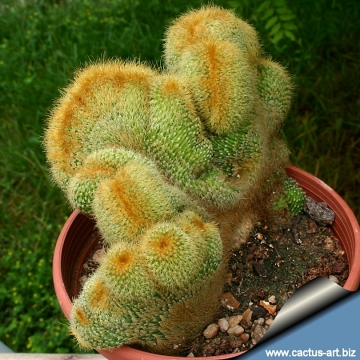 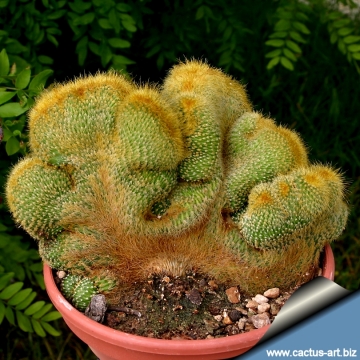 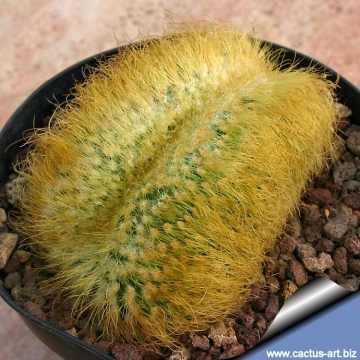 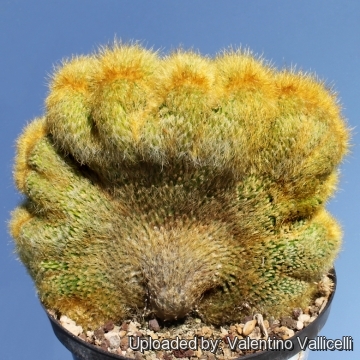 Cultivation and Propagation: Frost Tolerant as low as -4°C (or possibly colder) but in cultivation it is best to avoid any frost when during the winter the temperature can go down to 2° C without any harm so long as the compost is very dry. During the summer it is best to keep the plants outside where the temperature can rise to over 30 C with no harm to the plant.
Allows good drainage and use a an open and free draining mineral compost that allows therefore roots to breath.
They like only a short winter's rest and should be kept almost completely dry during the winter months, If the soil is allowed to be dry for too long root loss could follow but equally the same result would occur if the plants are both wet and cold. From March onwards the plant will begin to grow and watering should be increased gradually until late May when the plant should be in full growth.
Water regularly during the summer so long as the plant pot is allowed to drain and not sit in a tray of water. During hot weather you may need to water the plants more frequently so long as the plant is actively growing. From late September watering should be reduced to force the plant to go in to a state of semi dormancy, by October you should be back in to the winter watering regime.
Need full sun avoiding only the harshest summer sun, if kept too dark they may become overly lush and could be prone to rotting due to over watering, they will also be shy to produce flowers.
Feeding may not be necessary at all if the compost is fresh then, feed in summer only if the plant hasn't been repotted recently. Do not feed the plants from September onwards as this can cause lush growth which can be fatal during the darker cold months.
Repotting should be done every other year or every three years, annual potting is not necessary. Do not be tempted to over pot as this will cause the unused compost to go stagnant and you may loose the plant.
Propagation: The way to multiply this cactus is by dividing the main crest in smaller pieces that can be rooted. It can also be grafted.