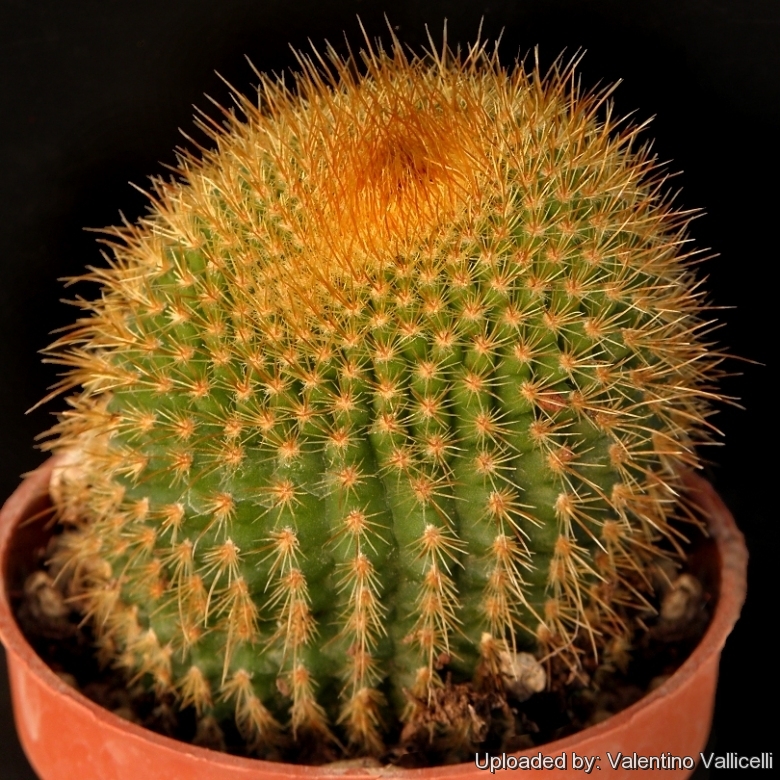 Description: Parodia leninghausii cv. brunispina best known in cultivation with its old name Eriocactus leninghausii var. brunispinus is the brown spined variant of Parodia leninghausii distingushed from the latter by its harmless amber to brownish-red spines and golden flowers. All the other characteristics are absolutely identical, namely size and form of stem, ribs, form size of flowers and fruit etc.
Habit: It is a columnar Cactus that branches and will start to cluster from the base as it ages.
Stem: At first globular then columnar up to 60(100) cm tall, 8-12 cm in diameter, with an angled crown.
Spines: Harmless, amber to brownish-red and bristly.
Flowers: Near the top, 5-6 cm in diameter golden yellow, silky, shining with a lovely reflection in the petals.
Blooming season: It blooms only when mature in Spring to late Summer. Blooms more than once a year. 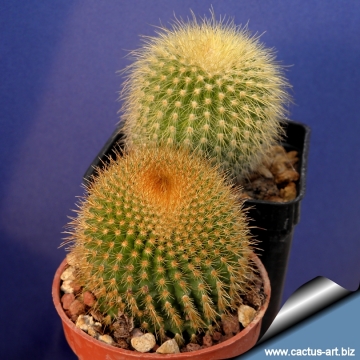 "brunispinus" and standard form (in the back) Photo by: Cactus Art
Send a photo of this plant.