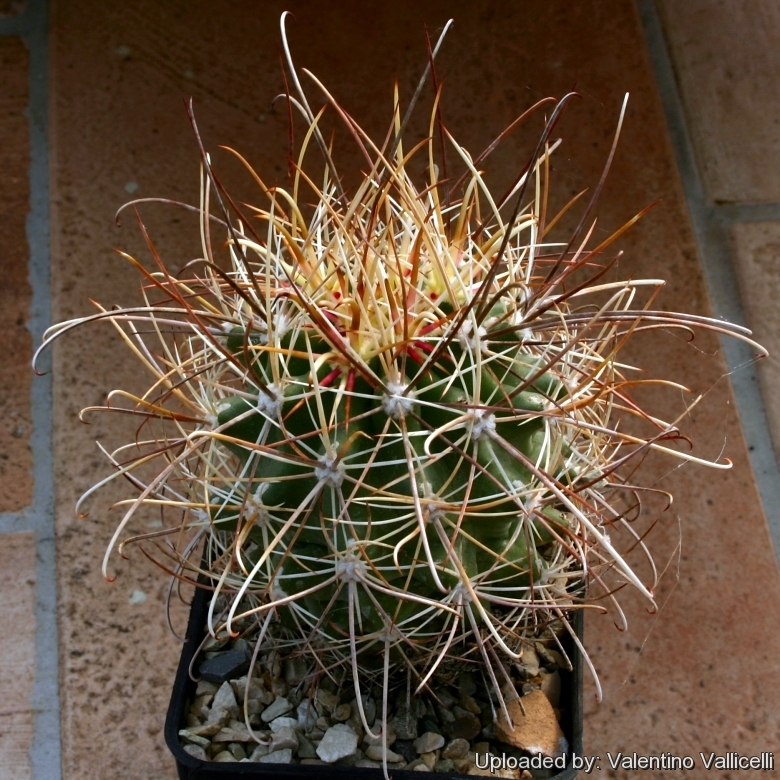 Description: The Sclerocactus terrae-canyonae is the population of S. parviflorus with some yellow-flowered individuals, often referred to as subspecies terrae-canyonae. But with the exception of the presence of some yellow flowers, all the other characteristics are absolutely identical, namely size and form of tubercles, number, size and arrangement of spines, flowers, fruits and seeds.
S. parviflorus is the most frequent and well known cactus of the cold American deserts. Due to its vast region of origin, the plants vary in the amount and colouring of hooked central spines, as well as in flower colour. The scientific classification of this plant has been controverted, and many names, forms, subspecies or varieties have been proposed and changed.
Stems: Usually unbranched, but also branched near base, depressed-spherical, spherical, cylindrical, or elongate-cylindrical, with tubercles evident on ribs.
Spines: Often obscuring stems; radial spines 8-17 per areole, usually white, sometimes brown or purplish pink, 6-36 mm; central spines 4-8 per areole, 1-5, hooked, usually purple- black, hooked, 15-72 mm; lateral spines 2-6 per areole, similar to centrals, usually shorter and not hooked, usually white (rarely grey, straw-coluoured, pink, or reddish brown), flat to angled, straight (rarely contorted).
Flowers: The crown of campanulate flowers in late spring are spectacular, usually yellow.
Fruits: green turning reddish pink, with a few scales. 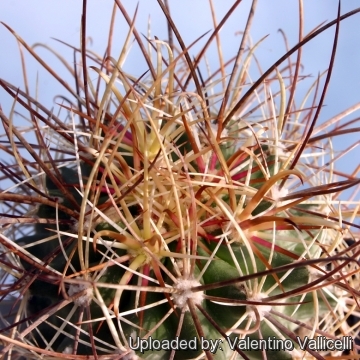 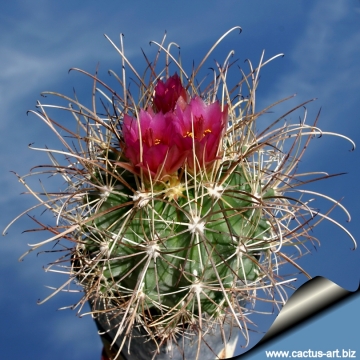 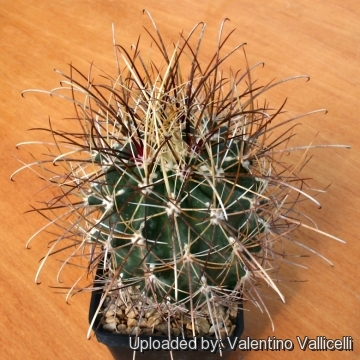 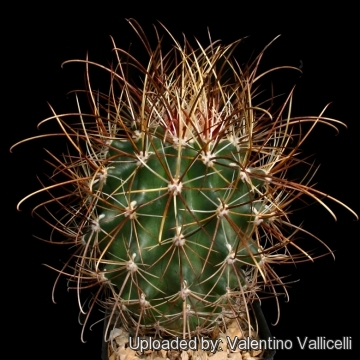 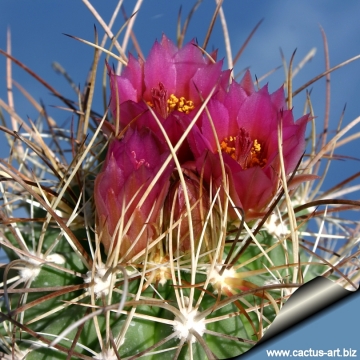 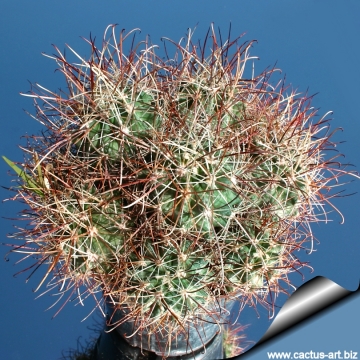 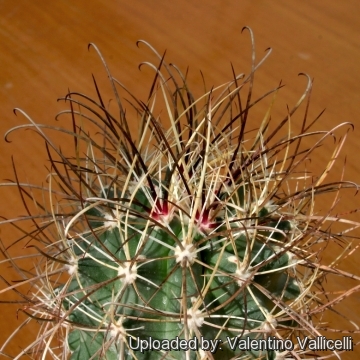 Cultivation and Propagation: Rarely seen in cultivation, it needs perfect drainage, and it is quite difficult to grow on its own roots and to propagate. Mature individuals easily rot and die.
It is indispensable to provide a greenhouse with good ventilation and a full sun exposure. Keep totally dry during winter. It can tolerate temperatures below zero (-20° C). Plants grafted on hardy Opuntia compressa stock are quite easy to grow, and no special skill is required. In the spring fertilize periodically, adding a specific fertilizer. Fertilizers fur succulent plants must be rich in potassium but poor in nitrogen, to avoid that plants develop excess vegetation, which is easily attacked by fungal diseases. Water moderately during the growing season, keeping the soil dry for a few days before watering again.
Propagation: Seeds are extremely difficult to germinate (only 2-3 percent of seeds germinate). Grafting is often used to speed growth rate and to create a back-up for plants in collection.