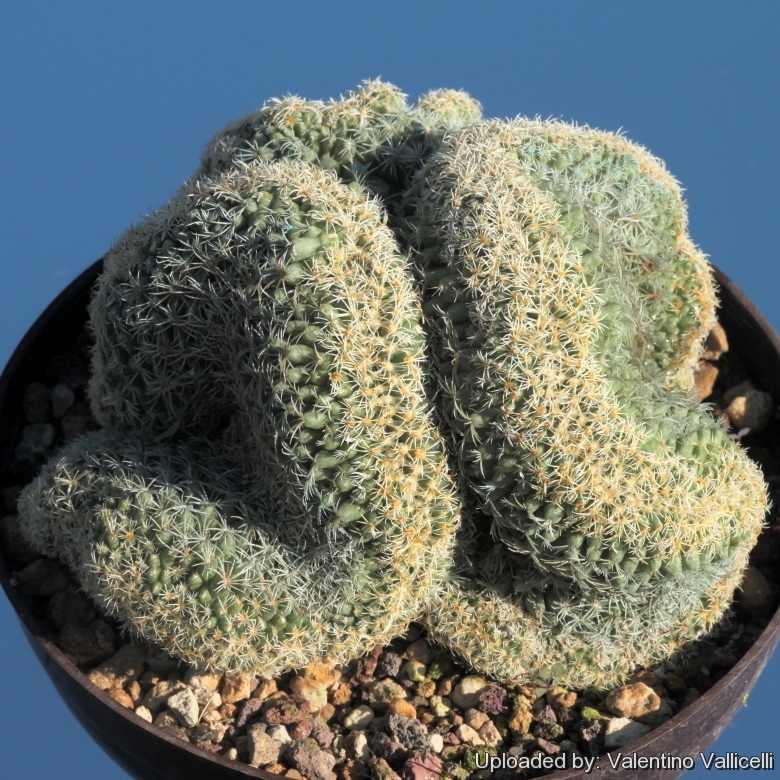 Description: Plants belonging to the genus Coryphantha are solitary cacti with flat globose to cylindrical stems up to 8-15 cm in diameter, 6-12 cm tall with a blunt, depressed apex covered with e wool.
The beautiful crested form here depicted, is supposed by some to be a Coryphantha radians (but further investigation are needed)
Stem: Brain shaped, dull olive-green.
Tubercles: Conical, rhomboid at the base, obliquely cut, grooved above; on new growth the groove may show some felt.
Areoles: Oval to round about 2 mm Ø, at first woolly later naked.
Radial spines: 10 to 20 fairly rigid, pale cream-white to yellowish 3-6 mm long, densely set, horizontal, radiating, straight or slightly curved.
Central spines: Absent.
Roots: Fibrous root or semi-taproot.
Flowers: Not seen.
Fruits: Not seen.
Seeds: Not seen.
Remarks: Coryphantha cornifera / radians is a very variable species, normally solitary, rarely sprouting. 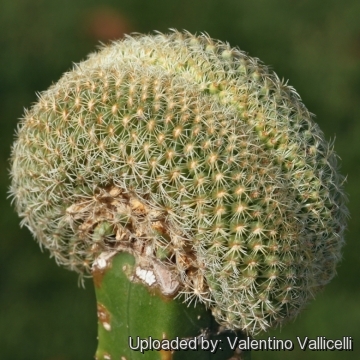 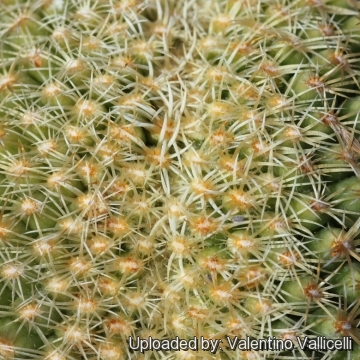 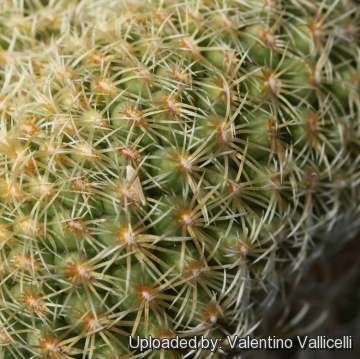 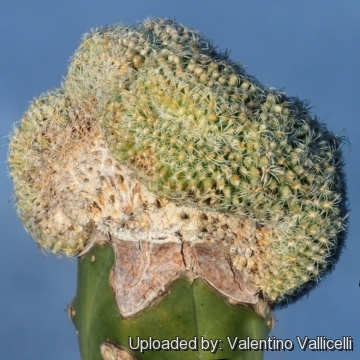