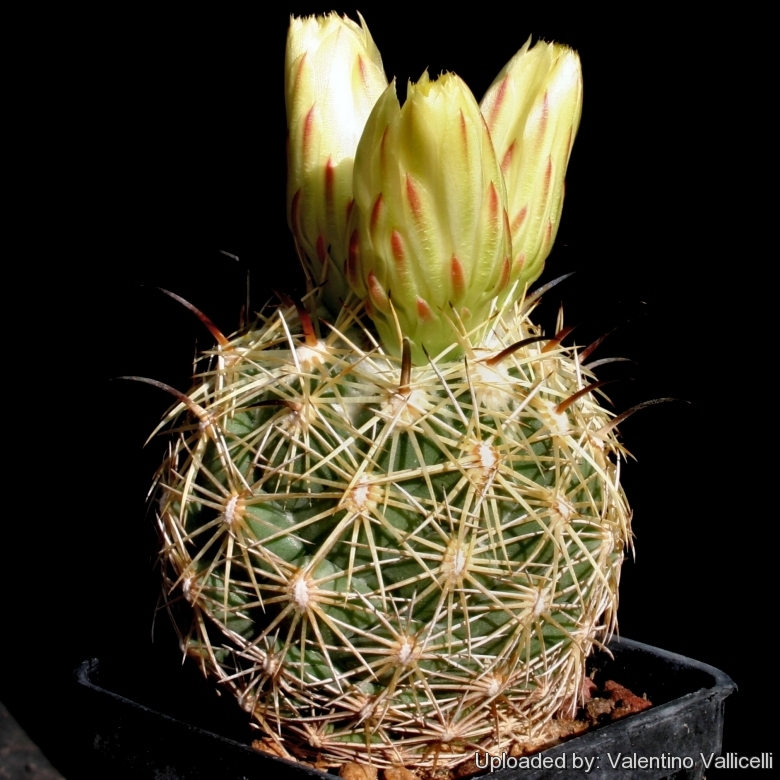 Mammillaria cornifera (Coryphantha cornifera) Photo by: Valentino Vallicelli
SB44 Ixmilquilpan Hidalgo (Mexico) This species is one of those Coryphanthas which pass a purely radial-spined youth stage in which they are already floriferous. Most of the plants develop the central spines only at the age of 7 to 15 years. 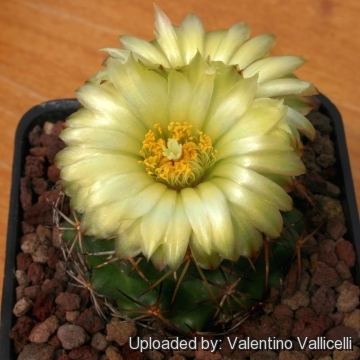 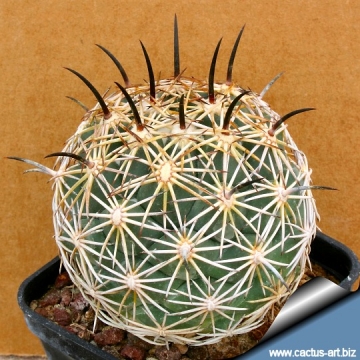 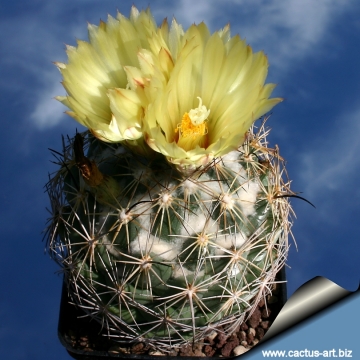 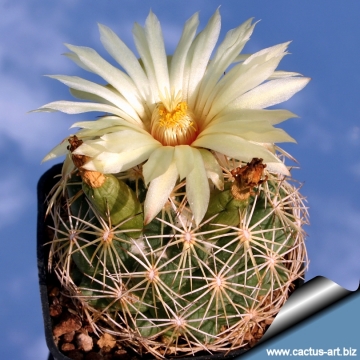 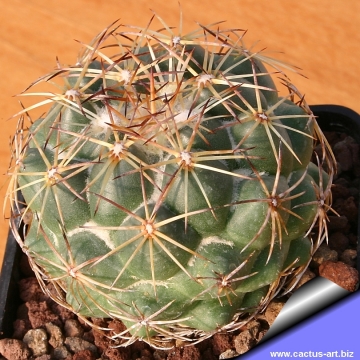 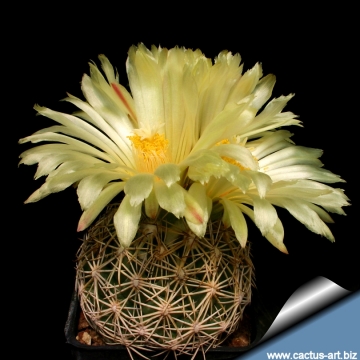 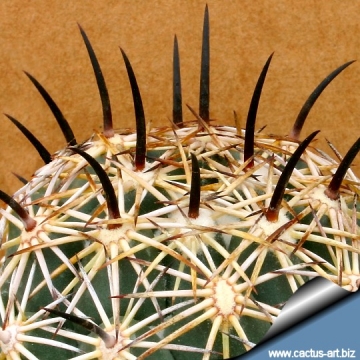 Cultivation and Propagation: In culture C. cornifera is without problems, and regularly shows its large yellow flowers. It does best in slight shade, but does well in full sun too. It is sensitive to overwatering (rot prone), and needs a very porous soil with good drainage. It flowers quite early, but needs about 8-12 years to reach the typical, definite outlook. It tolerates fairly low temperatures as long as it is kept dry (hardy to -5° C or less for short periods of time).
Propagation: Propagation is by seed.