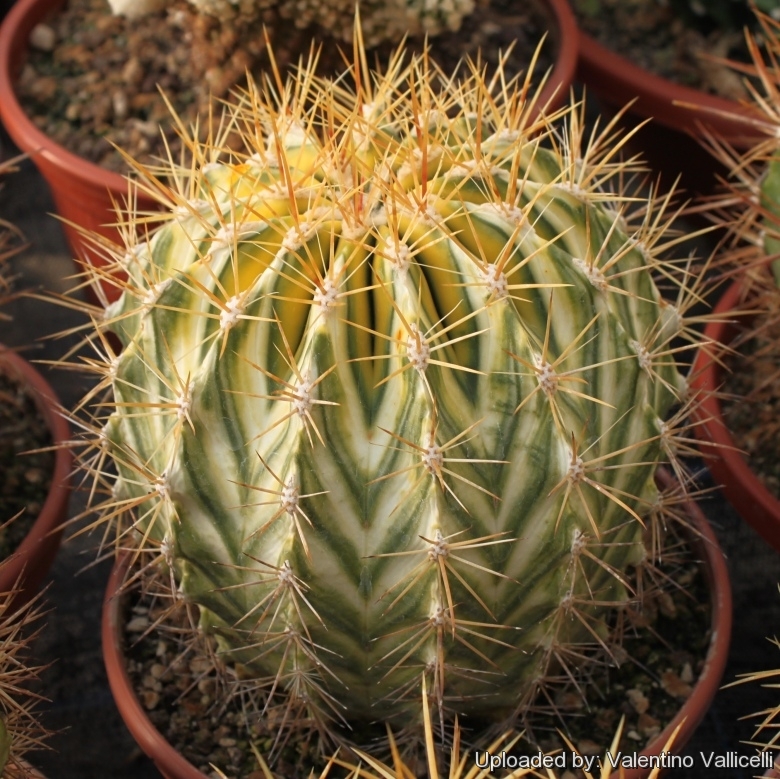 Description: This plant is an example of is a hybrid genus (or nothogenus) produced by crossing plants from two different genera (Echinocactus grusonii x Ferocactus schwarzii) the resulting interspecific F1 hybrid shows intermediate characteristic from both the parents and straight ribs covered by yellow needle-like spines.
Variegated form: The variegated form (x Echinoferocactus (E. grusonii x F. schwarzii) f. variegata) has stem variegated with creamy-white, yellow and green. It seems to be a pretty variable plant with several and variously shaped clones. These pictured plants are very attractive and highly prized. They are sometimeseen grafted on stronger columnar species, but can be easily grown on their own roots, but quite slow growing.

Subspecies, varieties, forms and cultivars of plants belonging to the Echinoferocactus group

Variegation: A variegated plant has sectors, patches or stripes with two or more different colours, even distinct shades of green. Plants with variegated stems or leaves are often attractive and highly prized. In most species the stems or leaves are normally green, and variegated epidermis is an uncommon mutation, termed a chimera. A chimeral variegation is due to losing the ability to produce chlorophyll in some of the plant’s tissue, so that this tissue is no longer green. Tissues lacking chlorophyll are usually white or pale yellow coloured (due to carotenoid pigments) or red (due to betalain or anthocyanin pigments) contrasting with the normal green tissue. There are several forms of variegation, depending on the tissues that have been affected. The variegation in some forms is unstable. The extent and nature of the variegation can vary, and sometimes the plant will return to the green form. In others it is stable and does not change under normal conditions. Because the variegation is due to the presence of two kinds of plant tissue, propagating the plant must be by a vegetative method of propagation that preserves both types of tissue in relation to each other.
Albinism: Every once in a while a plant exhibits albinism (completely lacking chlorophyll pigment). This means that its tissue is unable to carry out photosynthesis. The result is a completely cream-white plant. This plant will be weaker than a green plant, and albinism is generally a fatal trait (it can't produce its own food and it's not getting it from anything else). Without chlorophyll, the albino plant has no way to manufacture the food needed for survival and growth to maturity. This implies that these plants cannot survive on their own roots and necessitate being grafted on a normal green plant that provides food. Some of these albino plants are indeed very popular, and sought after by collectors.
Schizochromism: The yellow or red appearance of some plants is more precisely caused by another aberration called "schizochromism". Here, though, the specific green pigment (chlorophyll) is missing: every other pigment is present at normal levels. The dominant green colouration is lost, but the plant will still more than likely have normal other pigments that give the yellow overall appearance of stems and the red colouration of spines. 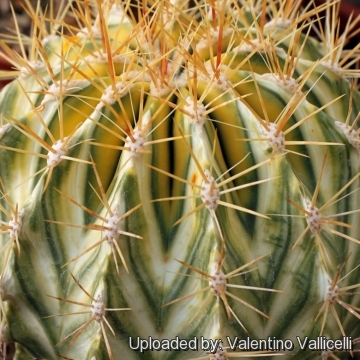 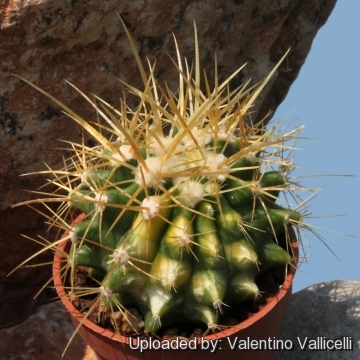 Cultivation and Propagation: Variegated cacti are regarded as choice and difficult in cultivation, but despite that many of them are relatively easy to grow. But be aware that they cannot tolerate prolonged exposure to direct sun light (especially during the hottest summer days), so grow them in half-shade or under filtered sun. They are sometime seen as grafted plants, but many grow well on their own roots, too.
On the contrary, the albinos can survive only if grafted on a strong green base.
Use mineral well-permeable substratum with little organic matter (peat, humus). Water sparingly from March till October and keep perfectly dry in winter at temperatures from 5 to 15 degrees centigrade. (In general these plants are more tender and cannot endure freezing temperatures ) In the rest period no high atmospheric humidity!!
Propagation: Almost usually by seed. Plants are often grafted onto column-shaped cacti.