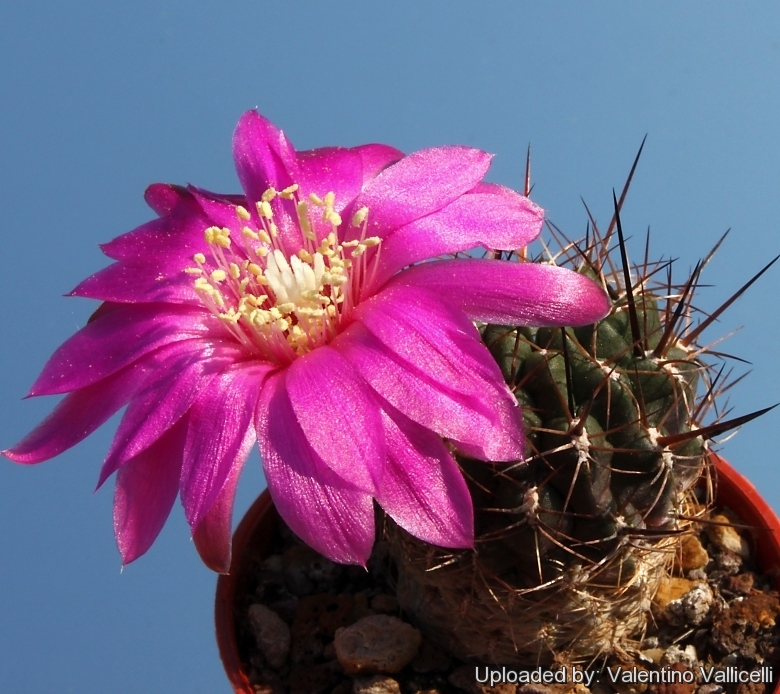 Description: Sulcorebutia steinbachii var. horrida is one of the innumerable local form of the very variable Rebutia steinbachii (= Sulcorebutia steinbachii) that distinguishes for its strong dark brown protruding spines and very dark bodies.
Habit: It is a clustering species (rarely solitary) readily forming, especially in cultivation, clusters or cushions up to 30 cm (or more) in diameter.
Root: Carrot-like.
Stem: Single heads 30–50 mm (or more) wide, flattened-globose or globose and somehow apically depressed, very dark tanned green or bluish-black.
Ribs: 12-26 , spiralling, forming oblong rhomboid tubercles with well-defined grooves.
Tubercles: Conical conspicuous.
Areoles: White, narrow 3-6 long, 1,5-2 mm large.
Spines: Strong, protruding, dark brown and then brown.
Central spines: 1-2 firm, often very long, vertical and noticeably stronger than the radials.
Flowers: Rarely more than 3,5 cm long and 4,5 in diameter, mauve to dark magenta with a silky sheen (occasionally yellow with reddish tones on the outside), numerous in a ring at the base of the plant.
Blooming season: Spring (April - May) and remain open for up to five days. 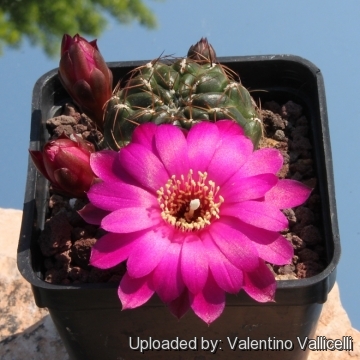 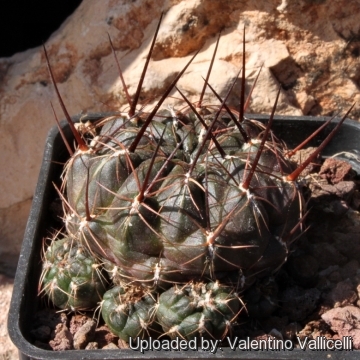 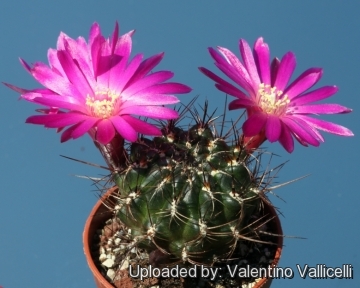 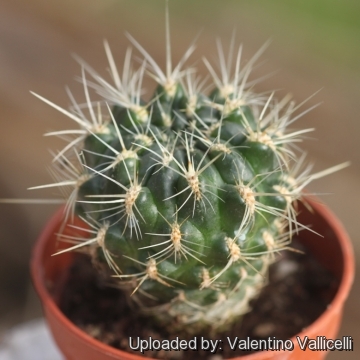 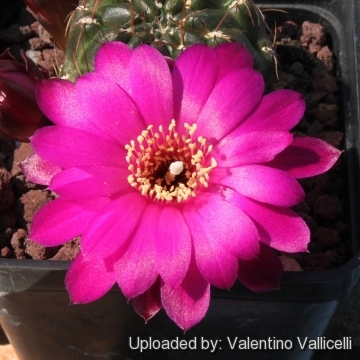 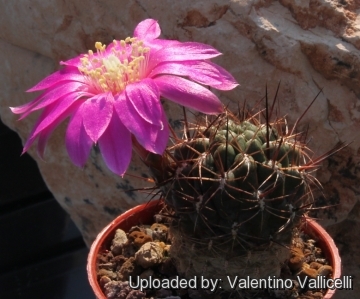 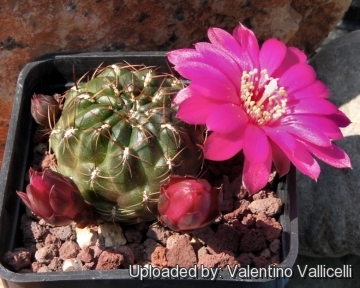