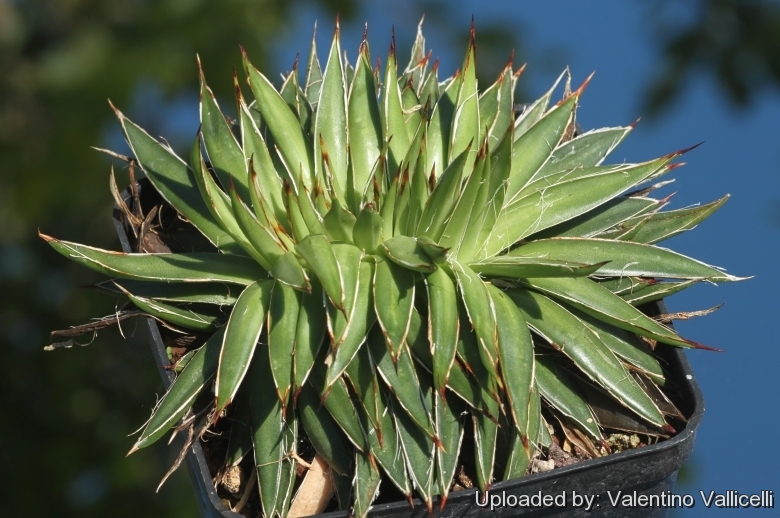 Origin and Habitat: Known only in cultivation.

Description: Agave filifera (a.k.a. Thread-leaf Agave) is a small to medium sized agave that forms attractive rosette of leathery leaves each ending in a stout stiff spine. The leaves are dark green in colour with ornamental white threads along the edge.
Crested form: The crested form Agave filifera f. cristata is an attractive dwarf plant and one of the few crested Agave known. Despite to its beauty it is still very rare and sought after by collectors, for its unique features.
Leaves: Usually about 15 cm long and less than 2 cm wide, straight, lanceolate, long-tapering to the apex, narrowed towards the base, broadest in middle, convex above and below from base to mid-blade, stiff, spreading and somewhat upcurved, leathery, smooth, shiny dark green with bud-prints (white lines) on the surface. Margins pale, horny, splitting off as 3 or 5 long, thin threads. Terminal spine 1 cm, brown.
Inflorescence: Not seen. 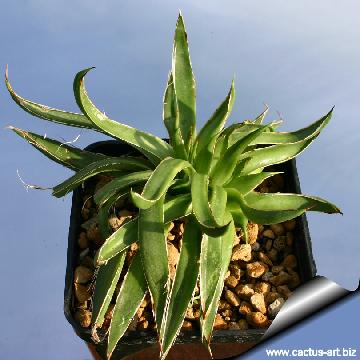 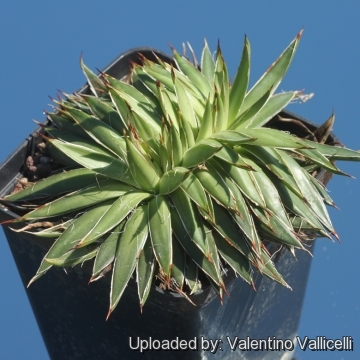 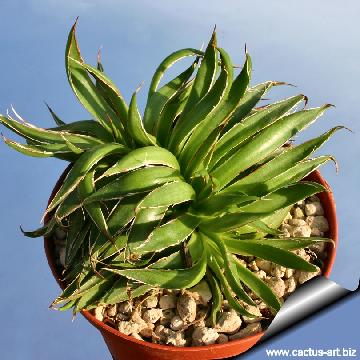 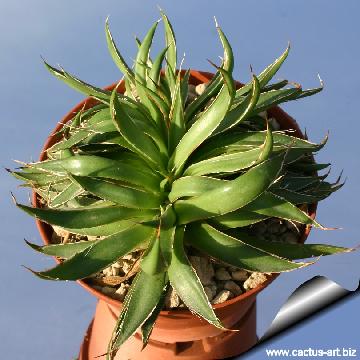