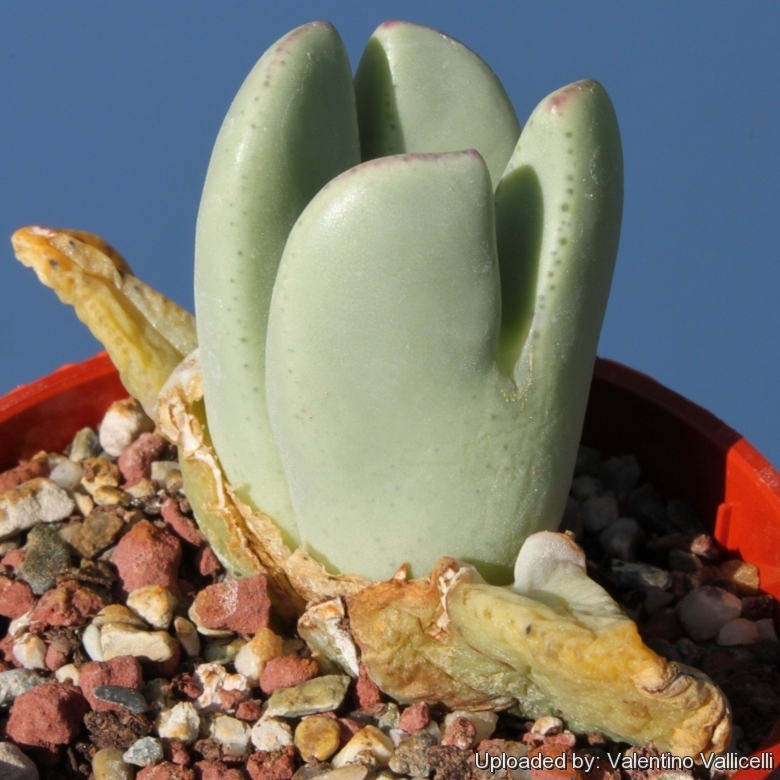 Description: Conophytum bilobum var. elishae is another large growing bi-lobed species of the Conophytum bilobum complex which comprises many morphological and geographical variant that was early classified as different independent species. Nowadays all this plant are considered part of a multiform species, where each form is linked to others by populations of plants with intermediate characteristics. It is a small but robust caespitose (groundcover) plant that resembles a cluster of pebbles often well camouflaged to resemble the surroundings. Conophytum bilobum var. elishae distinguish for a transparent zone that can be seen just below the fissure and extends down-wards. The species increases quickly and eventually forms an attractive clump.
Stem: Stemless or with short stems with time.
Bodies (paired leaves): About 2,5 centimetres tall, blue-green. The leaf-tips (lobes) are cleft (V-shaped free in profile) and keeled. A transparent zone can be seen just below the fissure and extends down-wards. The margins are green or purplish in colour.
Flowers: Bright yellow.
Blooming season: The flowers are autumnal and diurnal. 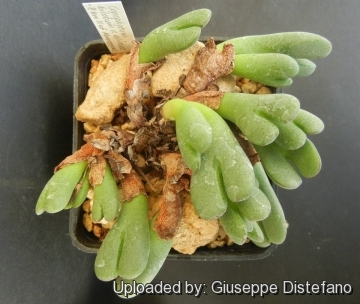 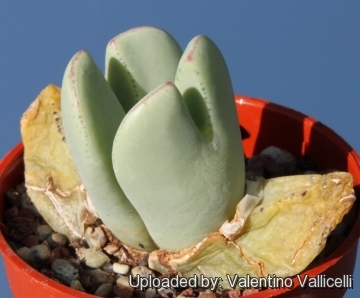 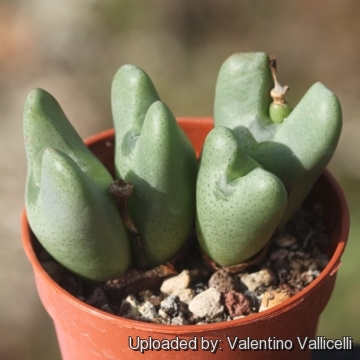 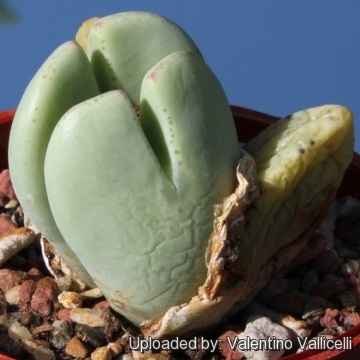