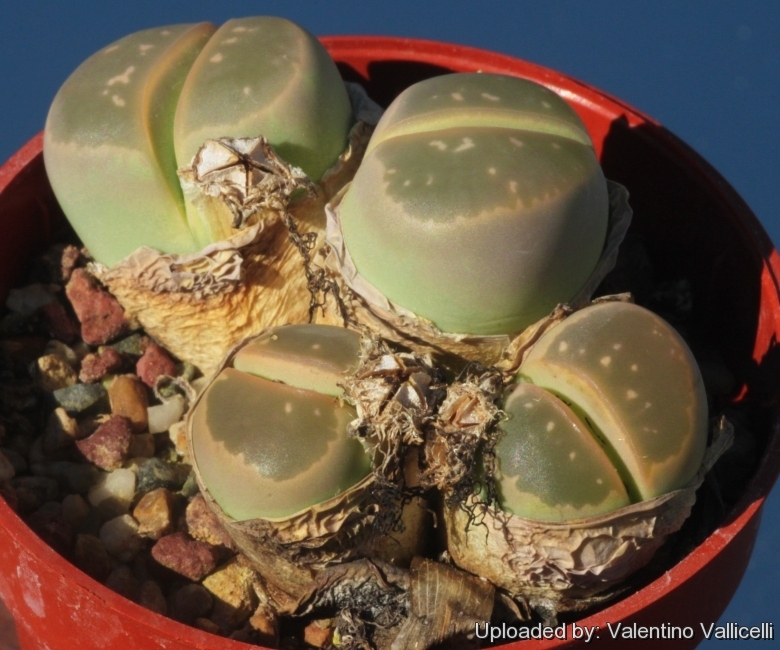 Origin and Habitat: 25 km South-West of Pofadder, South Africa.
Habitat: Lithops olivacea grows among transluscent white and red-stained outcrops of quartzite stones. From stand-up viewing height the pebble-like double leaves blend remarkably with the gravelly ground on which they grow and are lost to sight in this environment. When they are found, it is usually due to their large and brightly coloured flowers flowers. They are sometime found growing along with Dinteranthus microspermus, Lapidaria margaretae and Avonia papyracea, which loves quartz too. 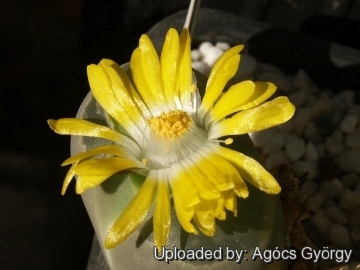 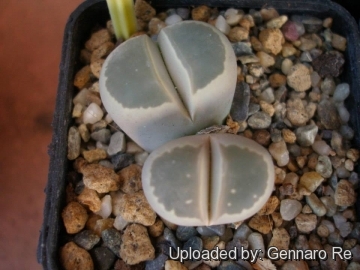 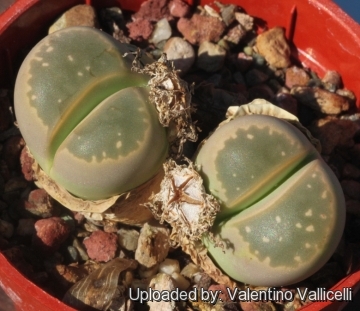 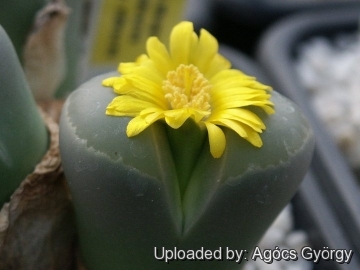 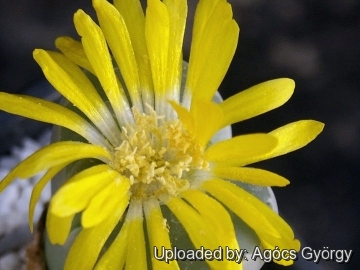 Flower close up. Photo by: Agócs György
Send a photo of this plant.