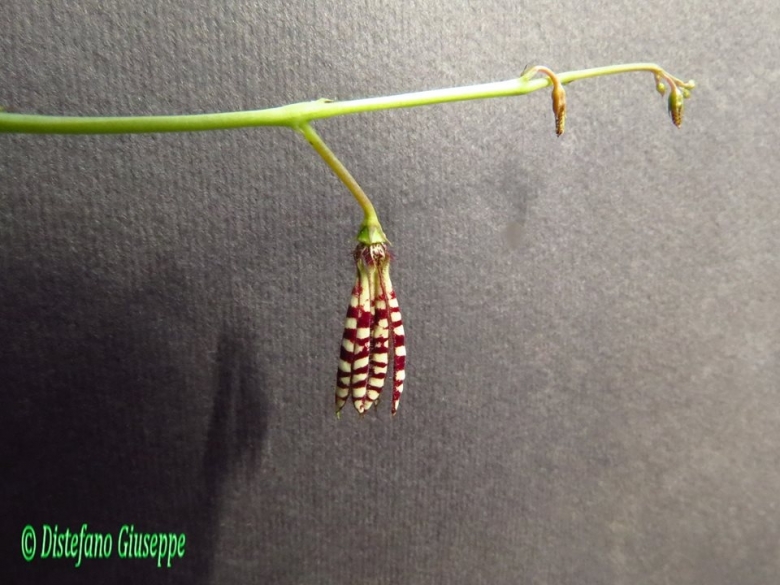 Origin and Habitat: Ethiopia, Kenya, Eastern Uganda. In Ethiopia Caralluma turneri is very common in the area around Dire Dawa in the north of Harerghie Region and also occurs, albeit more sparsely, through the Rift Valley at least as far south as Lake Abiata.
Habitat and ecology: Caralluma turneri grows in close proximity to the habitat of Caralluma dicapuae, but there is at least a partial ecological separation. C. turneri preferring rocky slopes while C. dicapuae prefers flatter areas with deeper soils. There is some indication that the two species are at least partially isolated through pollen vector specificity.

Subspecies, varieties, forms and cultivars of plants belonging to the Caralluma turneri group 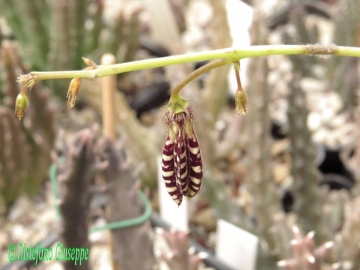 Cultivation and Propagation: Caralluma turneri is a relatively quick-growing species and not as difficult to cultivate as was originally thought. It can stand drought for quite a period, which is the only time when it loose its leaves. Keep dry in Winter. Water a little more than other succulents in Summer.