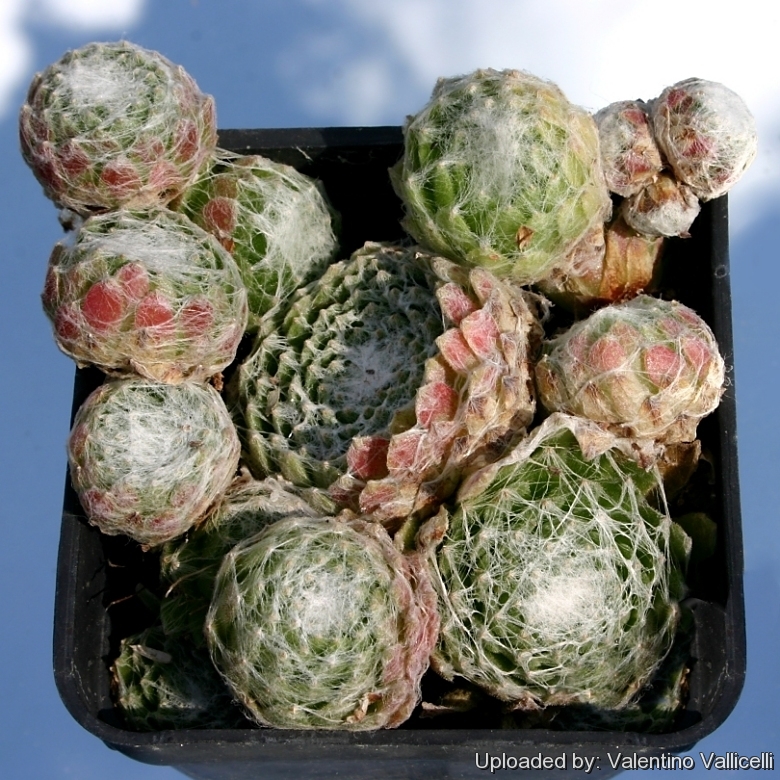 Origin and Habitat: Mountain of Europe Pyrenees, Alps, Apennines, Carpathians where many variations occur naturally.
Altitude range: from 280 m (in the south of Switzerland) to 2900 m in the Aosta Valley (Italy).

Description: The Cobweb Houseleek Sempervivum arachnoideum is a small, evergreen perennial succulent that grow in very tight rosette forming mats up to 30cm (or more) in diameter, often cultivated in rock gardens. It is a very variable species. There are even a dwarf and a crested form and they all hybridize easily for new varieties.
Rosettes: Each rosette is small and may have up to 50-60 leaves. Some form clusters of 1- 2 cm balls, others have larger balls. The tips of the leaves are connected together by a very fine webbing that looks just like cobwebs thin, but there are many different clones. Some are very furry other slightly furry, there are also types that are red, some maroon, others green.
Flowers: Pink (usually) but also white or bright-red about 1-2.5 cm across. Flowers are raised on thick 20 cm tall stems and hermaphroditical (having both male and female reproductive organs)
Blooming season: Summer, lasting into early autumn. The rosette that bloomed then dies after setting seeds.
Curiosity: In Europe, the houseleeks (sempervivums) are sometimes used in roofing, with the plants grown in between roofing tiles; they are believed to ward off lightening. 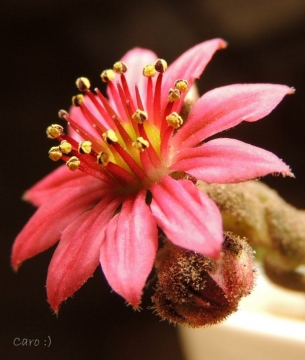 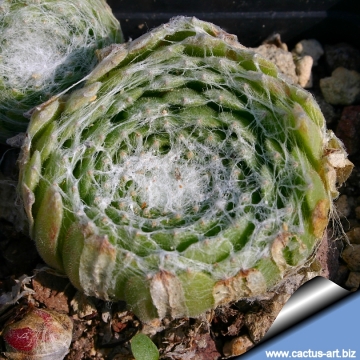 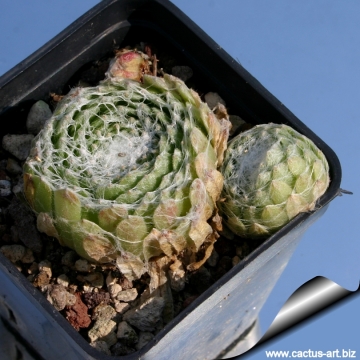 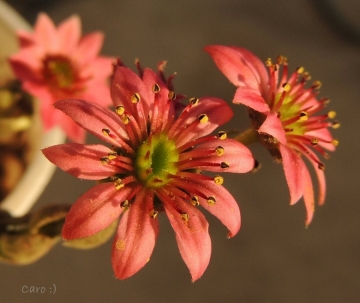 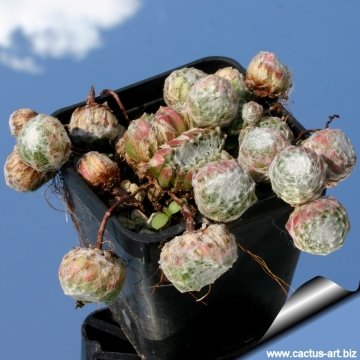 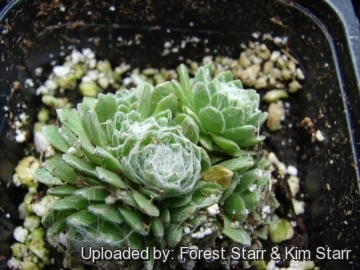 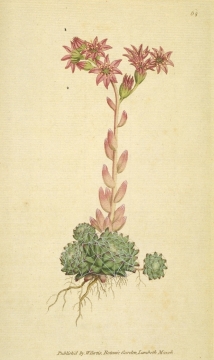 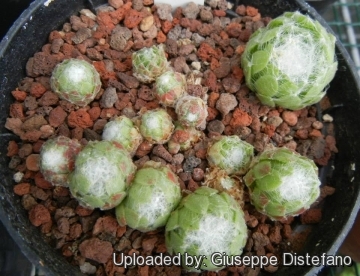 Cultivation and Propagation: Always an interesting plant and relatively easy to grow in container or in the rock garden but resents winter wet. The 'cobweb' catches and holds the rain so that rot is likely to set in. Frost Tolerance: Hardy at least to -12°C (or less). After the plant blooms and sets seed it will die, but there will be many offsets to take its place. It need full sun to light shade and tolerates shade, but a sunny spot is nicest, though in warmer climates it needs protection from too much sun because it is not very heat tolerant.
Require a well drained succulent soil mix. It takes little water & could rot if watered too often. During the growing season, the plants are watered and allowed to dry slightly before watering again. Although they can take a great deal of drought, they seem to do better with regular (but moderated) watering. During the winter months, plants are watered very little.
Outdoors it will spread itself through narrow locations between rockery stones. It does not prefer rich loamy soil; gritty dirt with pea gravel suits it. Excess moisture can damage the plant in winter and it will benefit from being brought into the shelter of the greenhouse or cold frame.
Propagation: Is very easily propagated by division of larger clumps or by offsets.