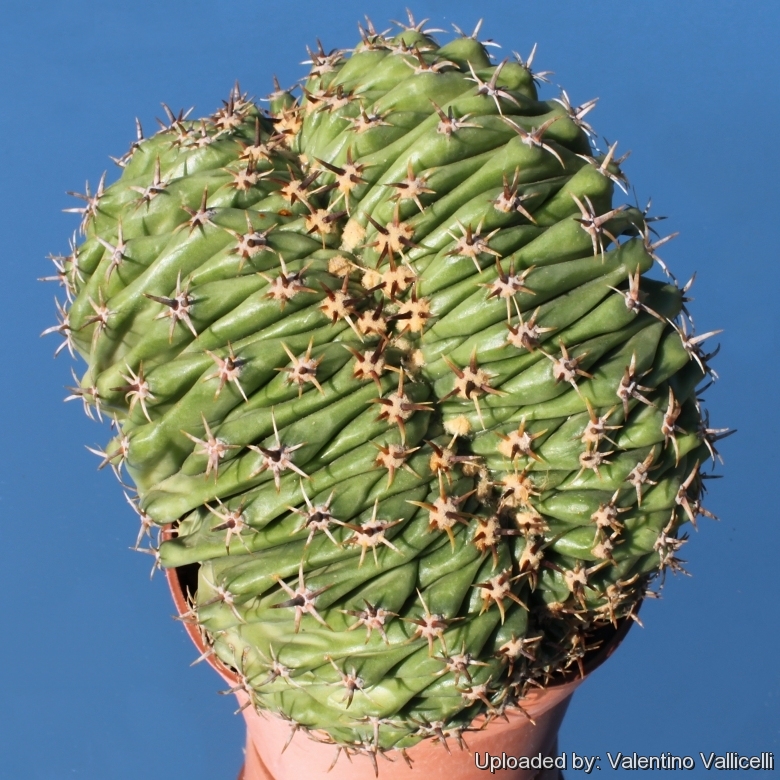 Description: Ferocactus peninsulae f. brevispinus is a solitary fast growing barrel cactus that differs from the type species in having a much shorter but stocky hooked central spine. The crested form Ferocactus peninsulae f. brevispinus cristatus - despite to its beauty - is still very rare and sought after by collectors, for its unique features.
Stem: Fan-shaped, ribbed, stout, dark green up to 25 (or more) cm in width and attaining exceptionally a height of 70 cm.
Central spines: Has a very short but strong, recurving brownish-grey, large central spine. Slightly hooked or just with a slight kink at the end. Very dark red to almost black that can take a chalky colour ageing.
Radial spines: 7-10 short, straight but stout
Flower: Orange/Yellow and have orange or red midviens.
Fruits: Lemon yellow.
Seeds: Black, shining. 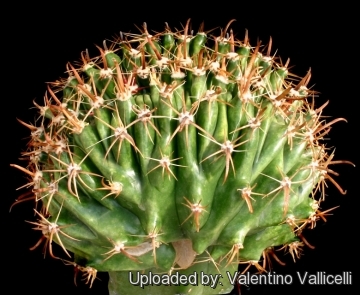 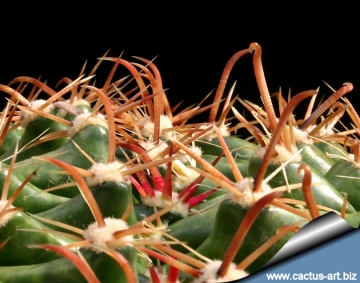 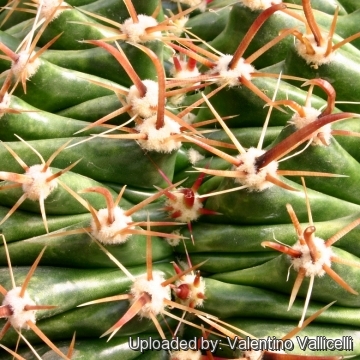