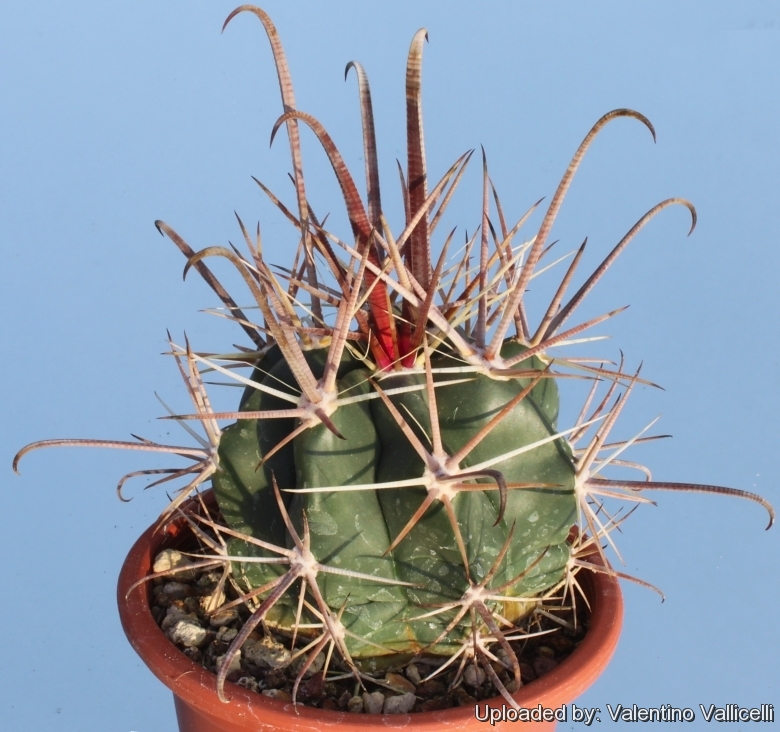 Description: It is a massively spined barrel cactus, usually solitary. It is a close relative of Ferocactus peninsulae.
Stem: Spherical to shortly columnar, up to 75 cm high, and 25 cm wide.
Ribs: About 13, blunted, straight.
Areoles: Large, oval, 2 cm long and 12 mm wide, with yellow-brown felt.
Central spines: 4, quite straight and hooked up to 4.5 cm long, the lower three (middle) are the longest, flattened, sometimes curved at the apex..
Radial spines: About 15, the upper 12 bristle-like, light colored, the lower 3 look like the middle ones, and are often counted along with them, in which case the central spines are 7 and the radial 12
Flower: 3.5 to 6 cm long and 4 to 7 cm wide, yellow or straw-yellow with a pale-red center line on the petals, pleasant-smelling.
Blooming season: August-September.
Fruits: Yellow or yellowish green, fleshy, 2 to 5 cm long and 2 to 3,5 cm wide, with lasting Perianth. Fruit wall approx.. 3 mm thick, pulp extraordinarily juicy, at the beginning slimily, glassily, with fruity taste soon drying, fruit then opening by a basal pore.
Seeds: dark-brown or black, 2-2.5 mm long and 1.5 mm wide; Testa with a fine polygonal network;
Hilum small, approximately 0,5 mm in diameter.
Remarks: Areolar glands are found between the flower’s bud and the spine cluster in the flowering areoles. 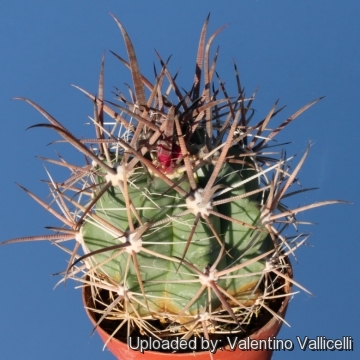 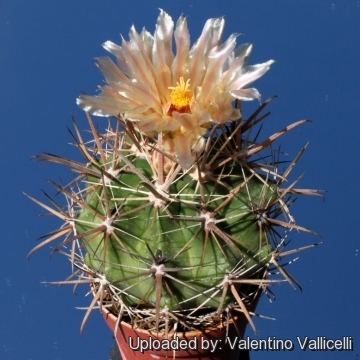 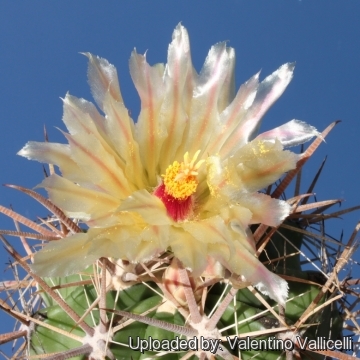 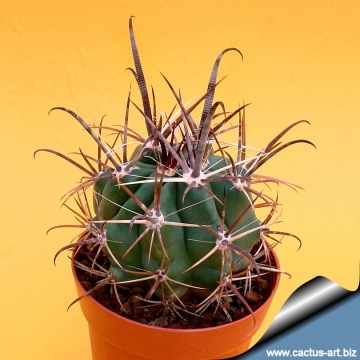 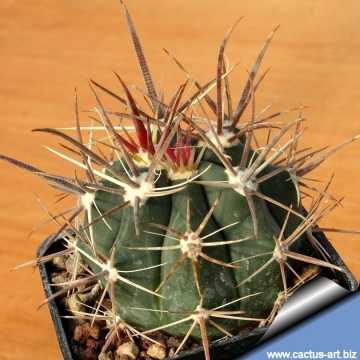 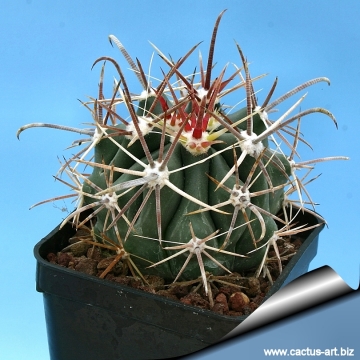 Cultivation and Propagation: Slow growing to start, but it does well under cultivation. Use very draining soil, water during the aestival growth cycle (this plant need plenty of water). But it's necessary to avoid wetting the bodies of these plants while they are in sunlight. A wet cactus in the sun light can cause sun burning, which can lead to scars or even fungal infections and death.
Needs full sun. Keep dry at 10°C in winter, but it can tolerate sporadic light frost.

Propagation: Seeds are the only way of reproducing.