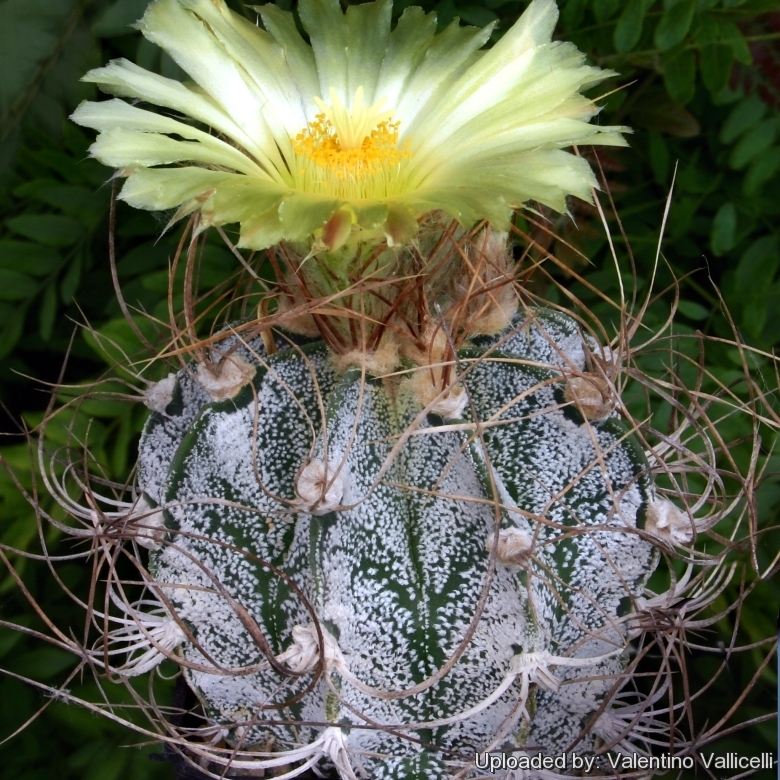 Origin and Habitat: This is a cultivar selected in Europe. Similar to Ariocarpus capricorne var. minus but whit almost white or clear pastel-yellow spine that are weak and very flexible and pure yellow flower.

Description: This distinctive plant has been obtained by selective breeding by the Czech cacti-gardener Fleischer, which fixed an inheriting constant descendants of such specimens and named these plants Astrophytum capricorne cv. Crassispinoides (Sadovsky-Schütz 1979: 152, Wery 1983).
Remarks: The name "crassispinoides" is however source for many confusions. In fact sometimes plants of A. capricorne v. minor bloom with a pure yellow flower. And also frequently these plants are mistaken with Astrophytum capricorne v. crassispinum (H. Möller) which is very different and has very strong and rigid spines and flowers with a vivid red throat. 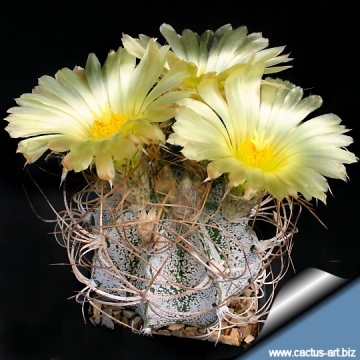 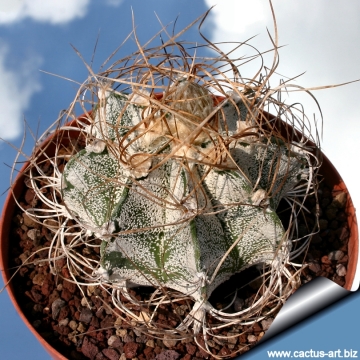 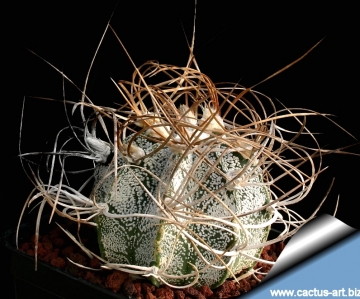 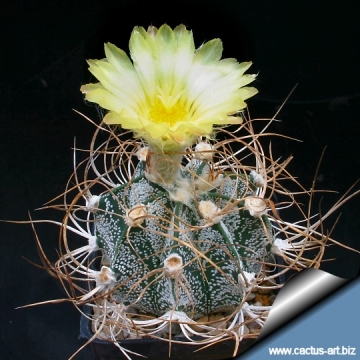