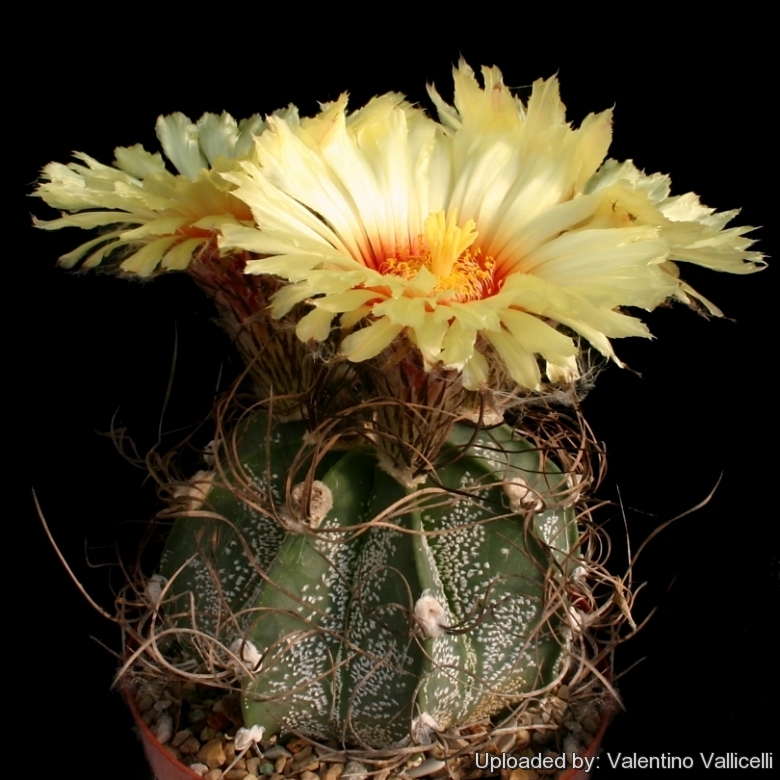 Origin and Habitat: Hills Between General Cepeda and La Rosa, foot-hills and adjacent areas up to the Sierra de Paila. The type locality is near Saltillo, Coah. Mexico.
Habitat: The plants grow among the shrubs and grasses or hidden amid fragmented stones of brown lime-rocks on fine sediment. They are almost exlusively found on the north side of small hill-formations elevating not more than 10 meters from the plain. The habitat is located 1.100-1450 meters above sea-level and wind is blowing most the time. Camouflage: The fine spines of this species are an optical artifice supporting the grass-mimicry to the surroundings.

Description: Small growing variety of the species when living in open fields
Stem: Small 10 and 12 centimetres tall, diameter up to 6-8 centimetres (or more in cultivation) with usually less and smaller white dots like in the type, never red-brown dots.
Spines: Thin and twisted covering the body.
Flowers: Magnificent up to a diameter of 10 centimetres which cover the whole body like an umbrella.
Blooming time: From April to October, they have the ability to flower as very young plants (At the age of three years)
Fruits: The variety minor has most seed-rich fruit of all Astrophytums.
Remarks: Astrophytum capricorne and its varieties are very variable in their habit even in small areas. And it is understandable that today we often have problems to decide to which population plants belong. 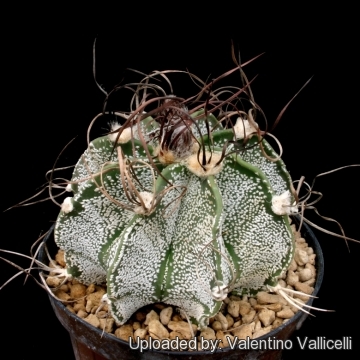 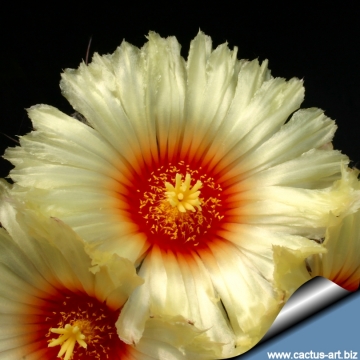 The flowers are magnificent up to a diameter of 10 centimetres which cover the whole body like an umbrella. (Astrophytum capricorne var. minus) Photo by: Cactus Art 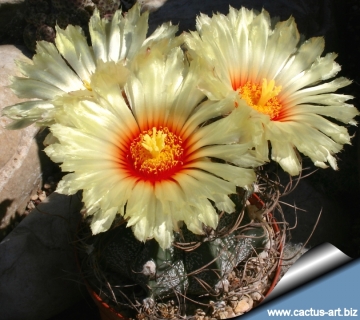 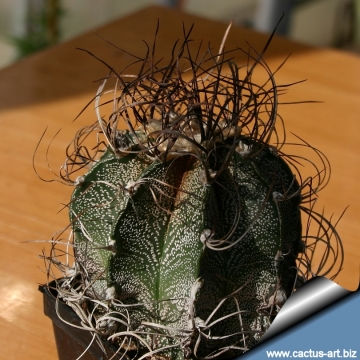 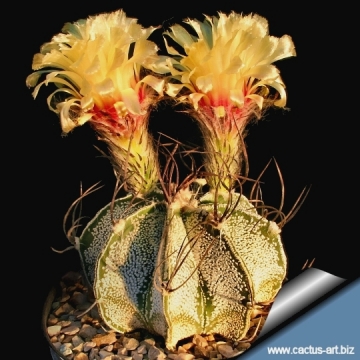 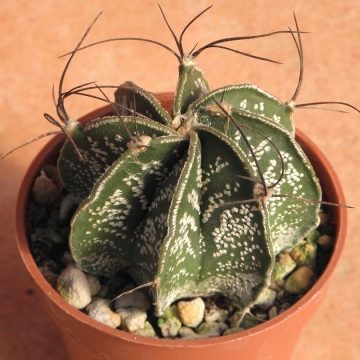