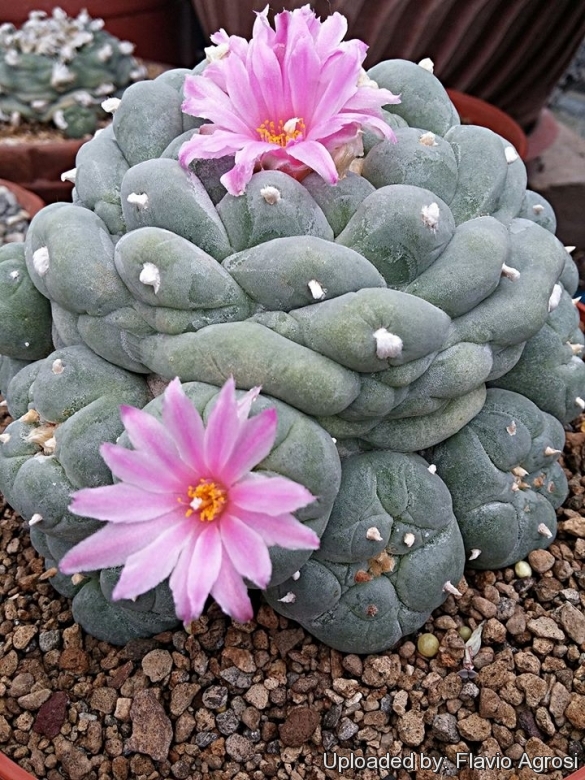 Description: Lophophora williamsii var. fricii is a geophytic, button-like, spineless cactus with large tap root, and only the apical part of the stem exposed at soil level. The cv. Marbles (also knows in cultivation as cv. Big Tubercles or cv. Habermann) differs from standard fricii for its wide well developed rounded tubercles and stems lacking well defined ribs. Seems to be a pretty variable plant with several clones. A large well grown Lophophora is truly an achievement. These are harder to grow well than they appear.
Stem: Globular spineless, pale grey-green to yellow-green, 6-10 cm across.
Ribs: 5 to 13 not well defined. The podaria (tubercles) are noticeably elevated, broad and rounded.
Areoles: With tufts of hairs that usually spread unequally on the prominent podaria.
Flowers: Commonly pale to dark pink ( or rarely pinkish white), reaching over 4 centimeter in diameter. 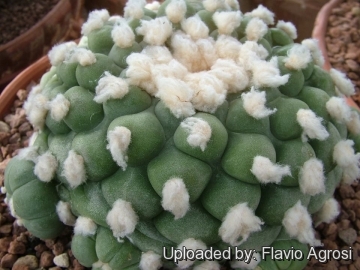 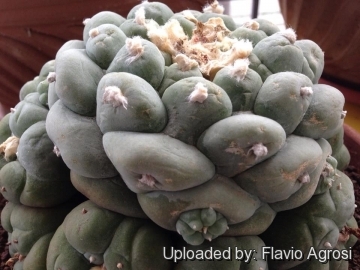