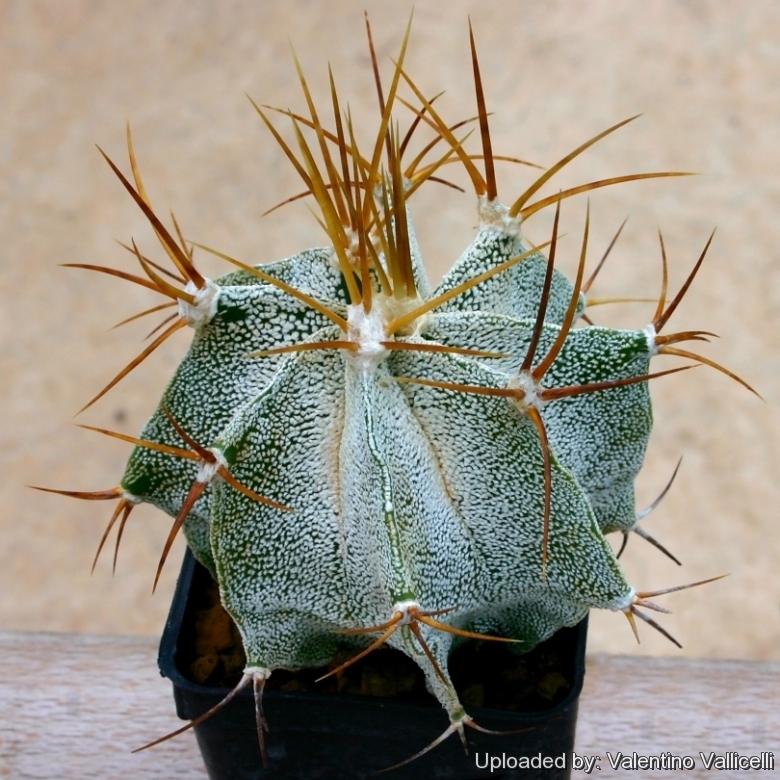 Origin and Habitat: Astrophytum ornatum is the southern species of Astrophytum. The habitats are at Hidalgo, Queretaro and Guanajuato in Mexico.
Habitat: Grows in wild canyons and limestone cliffs sometime on near vertical rockfaces .

Description: Astrophytum ornatum is a shortly columnar cactus appearing star-shaped from above, with white cross bands of wooly scales. It appears to be a very variable species especially for the density and distribution of white scales. It is the largest and easiest to grow and also the fastest of the Astrophytums. It is also generally more heavily spined than other Astrophytums.
Stem: The stem is solitary, globose when young , cylindric with age, 30 to 120 cm (or more) high, 15-30 cm across, greyish-green to dark-green with more or less dense white or yellow woolly flakes in bands forming an ornate pattern.
Ribs: It has 5 to 10 (generally 8) straight or frequently spiralling, rather prominent, strongly compressed, more or less sinuate and crenate .
Areoles: 1 to 5 cm apart, at first yellowish-white felted, later grabrescent.
Radial spines: 5-11 stout, 2-4 cm long usually straight, subulated or ± laterally compressed, amber yellow, later brown and finally grey.
Central spines: Usually 1 rather larger.
Flowers: At apex, large, lemon-yellow 7-12 cm broad, inner perianth segments broadly oblong, with a broad, more or less serrated apex, tube short woolly, scale on ovary, dark and very narrow. 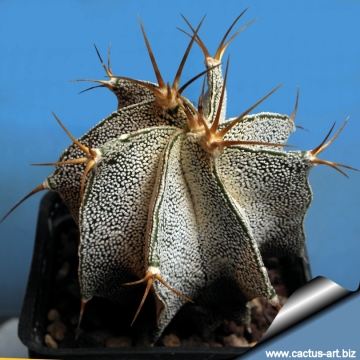 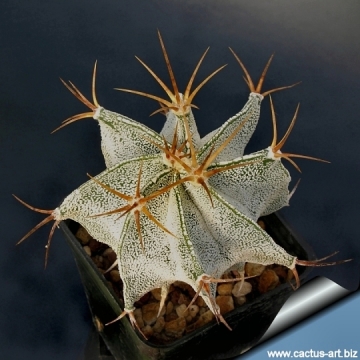 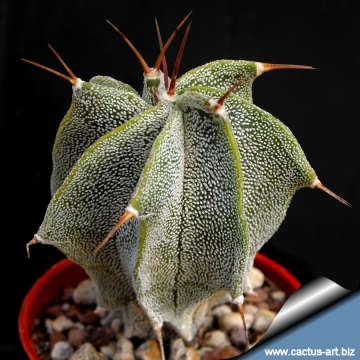 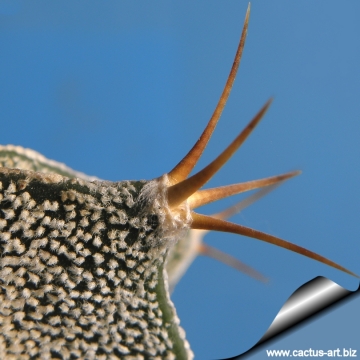 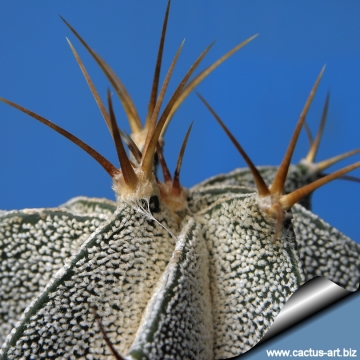