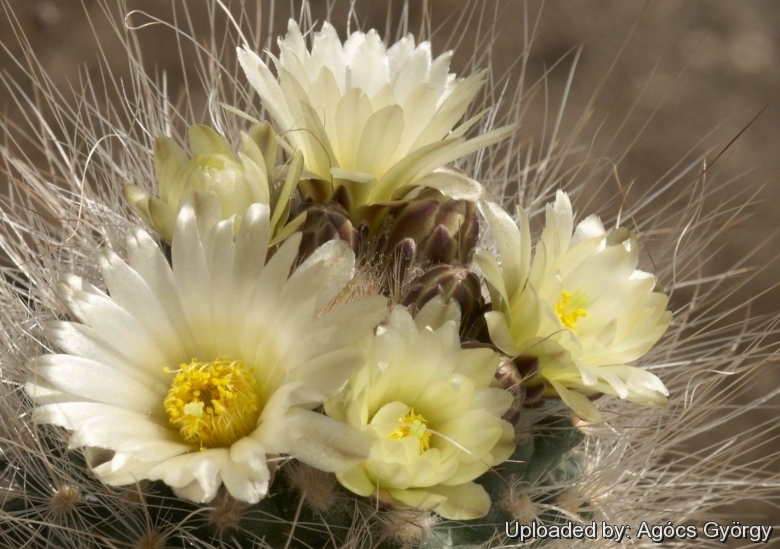 Origin and Habitat: East side of the Kaibab Plateau and west edge of House Rock Valley, (Coconino County; northern Arizona, USA). Pediocactus paradinei has a narrow range (extent of occurrence is approximately 1,600 km2) and less than five or less locations.
Type locality: Houserock Valley, Coconino County, Arizona.
Altitude: Pediocactus paradinei lives in relatively high altitudes, from 1600 to 2100 metres above sea level.
Habitat: It is a narrow endemic, occupying typical restricted habitats, mostly in open woodland areas under the trees of Ponderosa pine and also in shrubland/chaparral in open pinyon-juniper woodlands and sagebrush valleys on Kaibab limestone gravels. In this area winters are very cold, sometimes snow even in the spring. The substrate is a limestone gravely soils with high content in calcium carbonate (reduced clay content). Pediocactus paradinei is scarce and occurs in small and scattered patches. There is evidence of decline in most of the subpopulations as a result of fire, illegal trade, and road construction. Fire suppression results in the accumulation of organic matter, because of this accumulation when wild fires occur they are extremely hot and they burn the plants, causing many times 100% mortality of individuals.

Description: Pediocactus paradinei is a pretty, small, grey-green globose plant.
Stem: 3-4 cm tall, 6-8 cm in diameter, half of it underground.
Spines: 3 to 6 central spines, long, flexible and hair-like, white to ashy grey with yellow to brown tips., obscuring stem apex, 1-3 cm long; 13-22 radial spines.
Roots: Big tap root up to 15 cm long.
Flower: Flower 20 mm long, 25mm in diameter, pinkish beige to yellow
Blooming season: Late April to early May.
Remarks: The "hair-like" spine is not always a "typical" characteristic of P. paradinei; however in habitat there are few plants with such a long white hair. There are also hair-less adult plants very similar to P. simpsonii. They are extremely variable in spination. 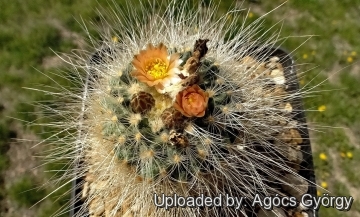 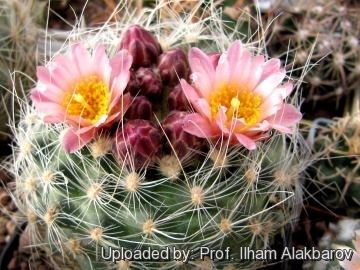 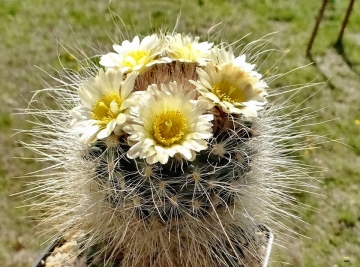 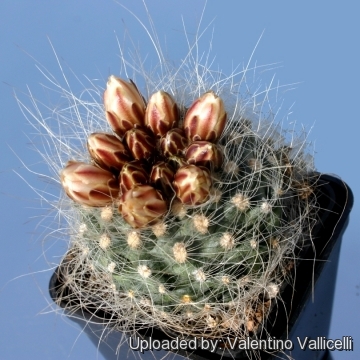 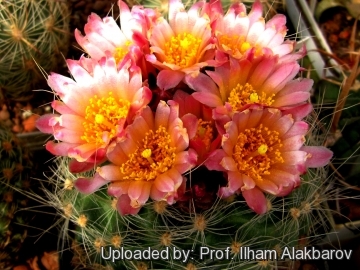 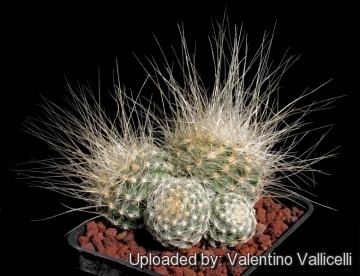 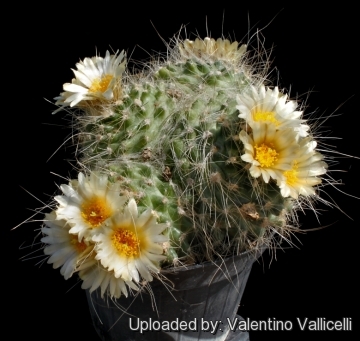 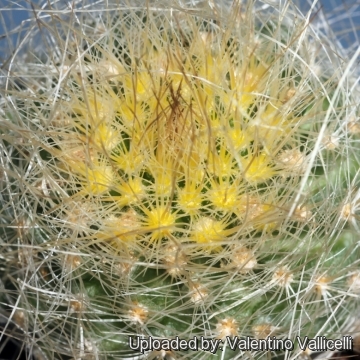 Cultivation and Propagation: They are some of the most difficult cacti to grow from their own roots, cultivated only by expert cactus enthusiasts. Nevertheless plants on their own roots are very hardy. They don’t tolerate living in a humid and heated green houses. Place them in a ventilated position; they like "wind". Avoid direct sunlight exposure in summer. Water moderately only from early March to May; the rest of the year keep them in dormancy. They are exceptionally slow growers. They may need 7 to 10 years to grow to mature specimens with long hairy spines. For this reason it is frequently grafted on strong hardy cactus stock like Opuntia and Echinocereus.
Propagation: : Seeds: Temperature for optimum germination: night minimum approx 17 day maximum to near 40 C at any time of year with proper temperatures and daylength (ca.13-14 hours); it is possible to extend day-length with artificial lights. Anyway the seeds germinate slowly with difficulty and a low rate of success (But germiation is comparatively easy if compared with other Pediocactus and Sclerocactus species and often new seedling cluster spontaneously around the plant every year), scarification and stratification help, alternate freeze and thaw both wet and dry, but don’t keep wet, alternate wet and dry with changing temperature.
Germination can take several years so keep pot and try again next year. Seedlings do not do well either, and some die each year, for this reason plants are commonly grafted on hardy stocks lOpuntia humifusafusa in this case they are easy to grow and no special skill is required.

by Valentino Vallicelli
There are a total of 21 Photos.
Click here to view them all!
Cite this page: "Pediocactus paradinei" Text available under a CC-BY-SA Creative Commons Attribution License. www.llifle.com 14 Nov. 2005. 01 Feb 2023. </Encyclopedia/CACTI/Family/Cactaceae/13730/Pediocactus_paradinei>