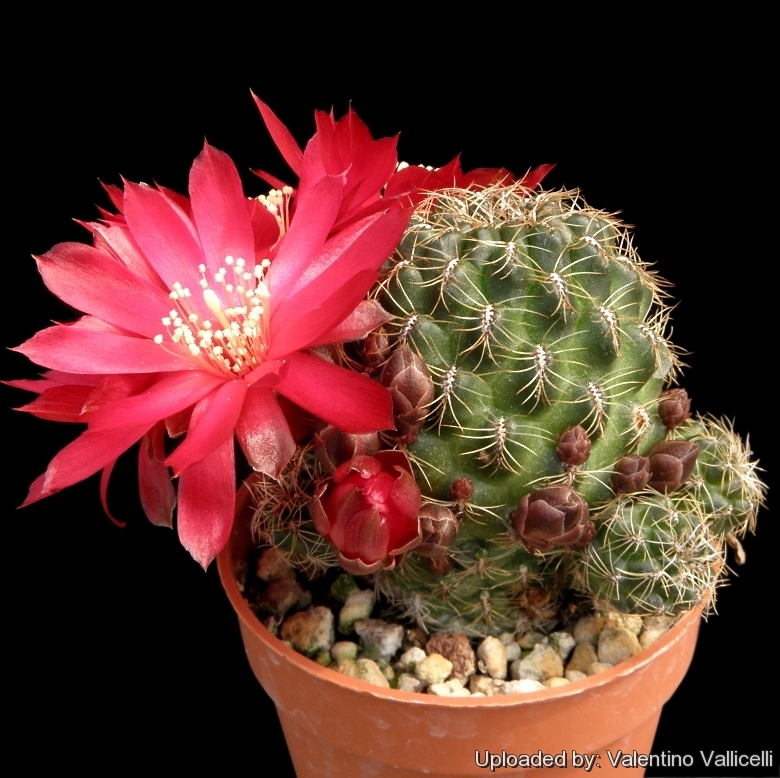 Description: Sulcorebutia santiaginiensis is one of the innumerable local form of the very variable Rebutia mentosa, it is very similar (if not the same) as Rebutia mentosa subs. purpurea but (?) with somewhat weaker spines.
Habit: is one of the larger headed species, solitary or sometime clustering in cultivation when the main head is about 5-7 cm in diameter .
Remarks: This Taxon has lots of synonyms (like many other cacti) whit several controversial varieties and subspecies and comprises a multitude of different forms, but where each form is linked to others by populations of plants with intermediate characteristics
Roots: It has long Dahlia like tuberous roots.
Stem: Grass-green, flattened globular, hemispherical or shortly cylindrical, depressed at apex, 4-9 cm tall 3-4 cm in diameter.
Ribs: About 18, completely divided into tubercles and unrecognisable; tubercles, spiralling about 4 x 5 cm with chinned protrusions.
Areoles: 4-6 mm long, elongate and felted, up to 1 cm apart.
Spines: Sand coloured, light-brown to reddish brown or whitish strong, comb-like, spreading out and bent down to the body.
Central spines: 4-6 speading, 12-18 mm long.
Radial spines: 8-10, 10-14 mm long.
Flowers: Showy that cluster around the lower stem about 2-3 cm tall, 3,5-4,5 cm in diameter, funnel-shaped with short necks (about 5 mm), purple to violet-red or dark red clove-shented.
Fruit: Dark reddish-brown with pale green scales 7-10 mm in diameter. 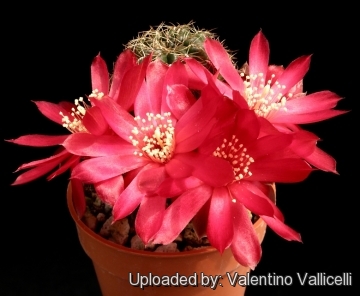 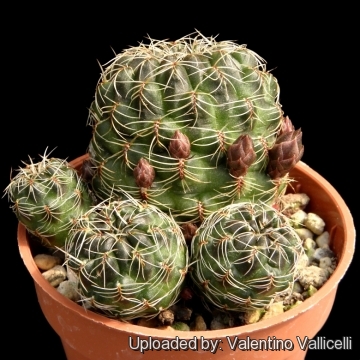 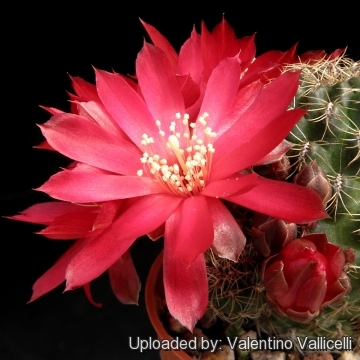 Sulcorebutia santiaginiensis Photo by: Valentino Vallicelli
Send a photo of this plant.