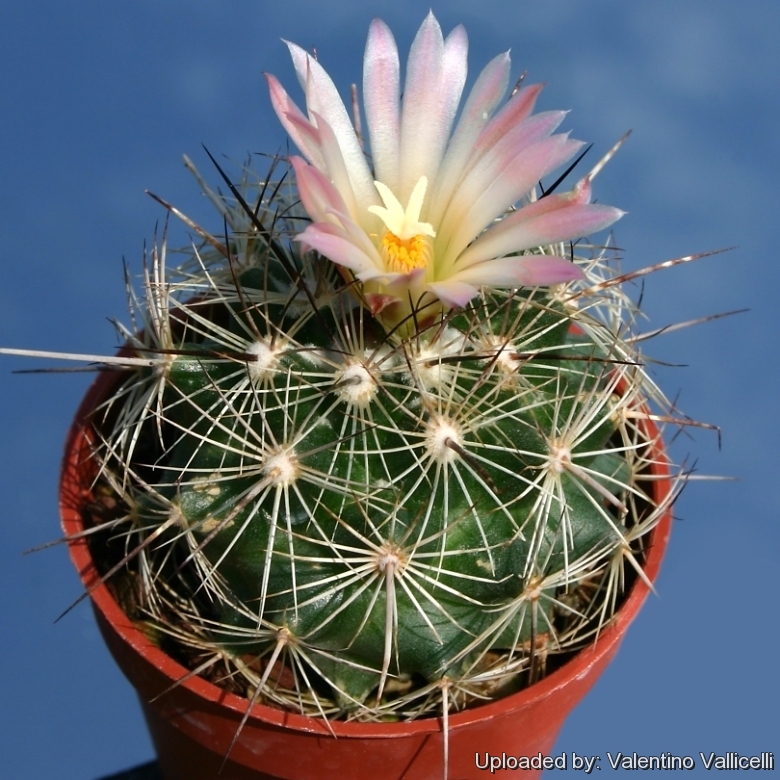 Coryphantha magentae Photo by: Valentino Vallicelli
LAU 1244 Sierra de la Paila, Coahuila, Mexico 1600-2200m This is the nice pink/magenta flowering form of C. laui. The flowers last briefly, they are fully expanded at high noon (if in brilliant sunlight), and wilt after only an hour or two. They bloom from April through August.

Description: This variety is very similar to the standard Coryphantha echinus, with the exception of magenta (Hence the name) flowers and slightly different skin and spination colour.
Flowers: Ranging from pale pink to rich magenta-red.

Subspecies, varieties, forms and cultivars of plants belonging to the Coryphantha pseudoechinus groupp 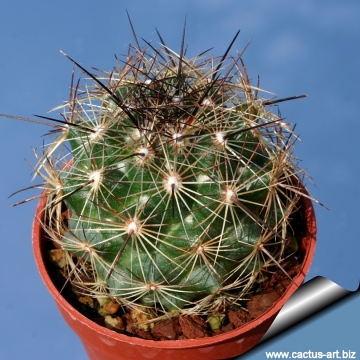 Coryphantha magentae Photo by: Cactus Art
Send a photo of this plant.

Cultivation and Propagation: In cultivation it is quite sensitive to over-watering (rot prone), and needs good drainage. Keep drier in winter. Like other species from the USA. it blooms quite early, but needs about 8-10 years to reach the typical, definite outlook. It needs full sun; and is hardy to -16° C or less for short periods of time
Propagation: Offsets (seldom available) or by seeds.