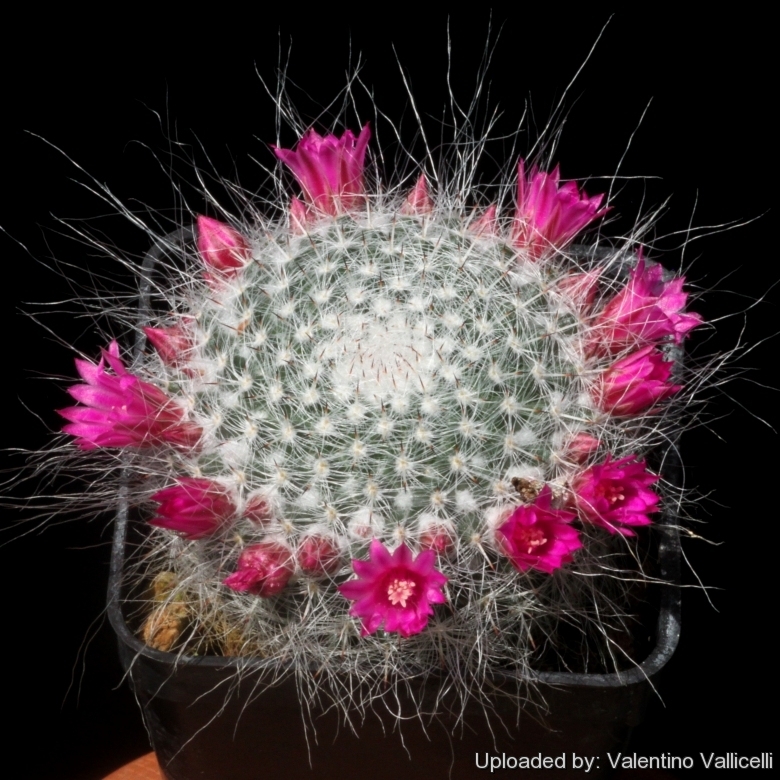 Origin and Habitat: Guanajuato, San Luis Potosí, and Queretaro, Mexico. It has a very limited range(extent of occurrence ca 1,000 km2) and is known from only two locations.
Altitude range: It occurs at elevations of 750 to 2,200 metres above sea level. It is very likely for the species to be found in Hidalgo.
Habitat and Ecology: The species occurs along relatively steep slopes in submontane matorral and deciduous forests. This cactus is locally common where it occurs, and grows in groups/clusters which are generally rare. Mammillaria hahniana is listed as near threatened due to is very limited range and because it is affected by illegal collection and some subpopulations are impacted by deforestation.

Description: Mammillaria hahniana is a popular sun-loving succulent that forms large groups. It is readily identified by its long, white, thin, flexible hairs which can densely cloak the plant's body and increase in thickness, richness and length in age. This cactus flowers prolifically, even when young, making it a good species to have in a collection. Includes numerous variations and described subspecies, none of which are currently accepted.
Stem: At first globular, later cylindrical, light green,or greyish-green up to 9 cm high and 10 cm in diameter.
Tubercles: Numerous, small, triangular conical, with latex.
Axils: With 20 or more white hair-like bristles, spreading, curly, which can be, short or, on some plants, up to 5 cm long.
Central spines: 1-4, white with reddish tips up to 4 mm long.
Radial spines: 20-30 pectinate, sometimes absent or nearly so, hairlike, white,
5-15 mm long.
Flowers: M. hahniana produces concentric rings of violet-red to pink about 12-15 mm in diameter.
Blooming season: Late winter to spring.
Fruits: Club shaped, red, 5-7 mm long.
Seeds: Brown.

Subspecies, varieties, forms and cultivars of plants belonging to the Mammillaria hahniana group 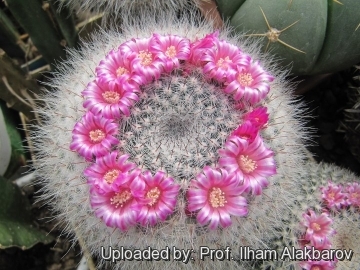 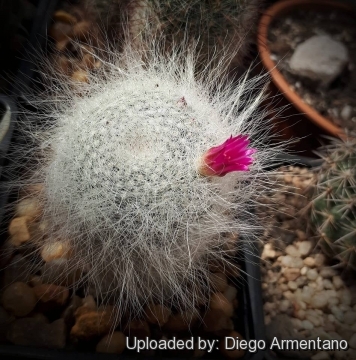 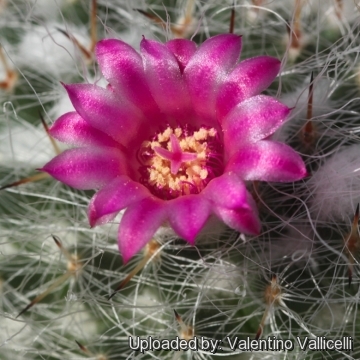 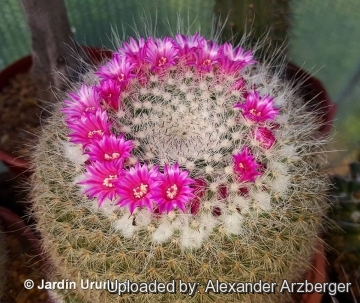 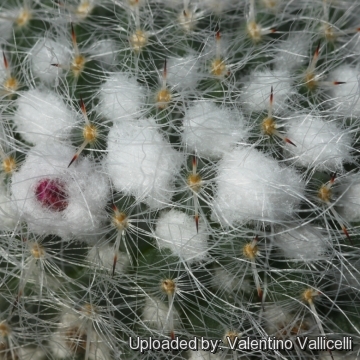 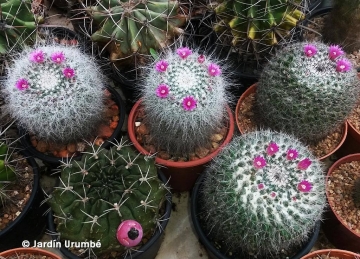 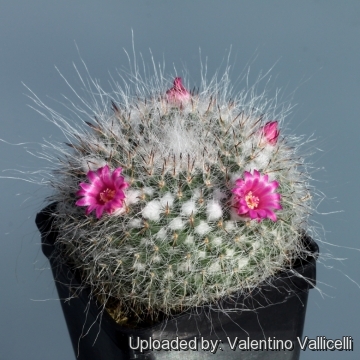 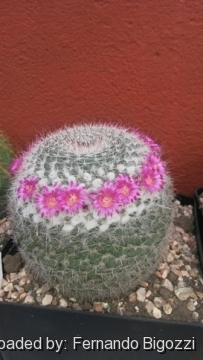 Cultivation and Propagation: It is a rapid growing species that will form large clumps rather rapidly when compared to other Mammillaria species. Needs lots and lots of space to grow. Water regularly in summer, but do not overwater (Rot prone) Use pot with good drainage and a very porous potting media, keep dry in winter. Feed with a high potassium fertilizer in summer. It is quite frost resistant if kept dry, hardy as low as -5° C (some reports give it hardy to -12°C) Outside full sun or afternoon shade, inside needs bright light, and some direct sun.
Use and Trade: This cactus is used as an ornamental, and its fruit are eaten by humans.
Propagation: Division, direct sow after last frost.