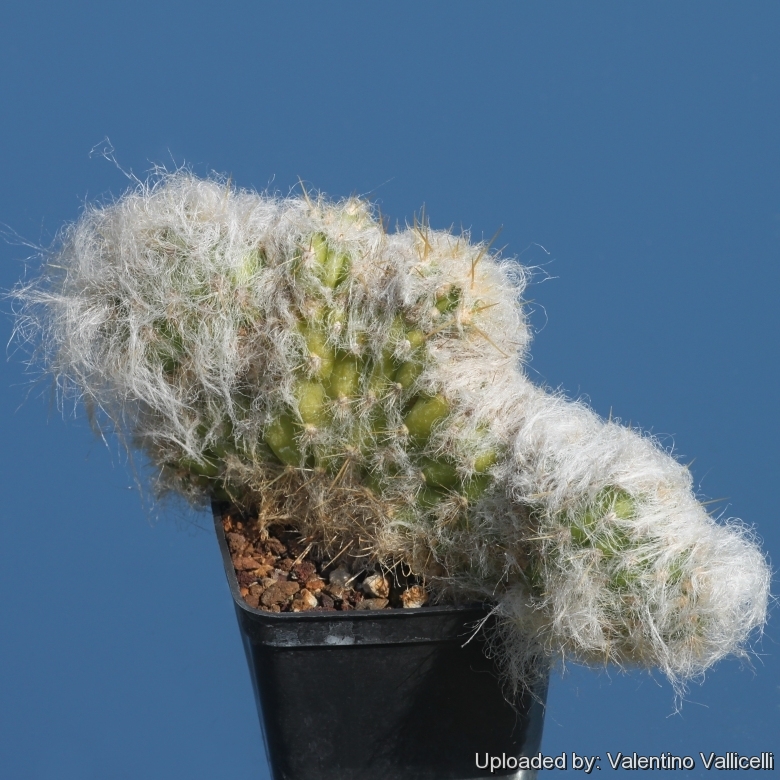 Origin and Habitat: It is found widespread from central-Northern Peru to Bolivia in the Andean High Plateau
Habitat: This plant grows in dry valleys, rocky slopes and among bushes in high elevation tropical alpine habitats. This region has a marked dry season and overnight temperatures that drop often below 0°C ( to -15° C ).
The typical form of Austrocylindropuntia floccosa in central Peru has a dense covering of long hairs that protect from freezing temperatures, comparisons in habitat with 'hairless' forms showed that the hairy type maintain an epidermal temperature several degrees higher during the night. 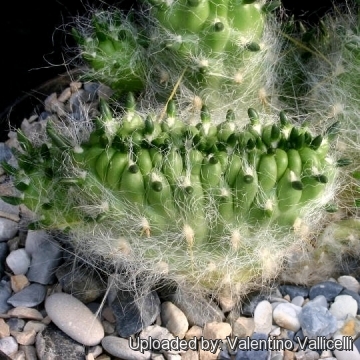 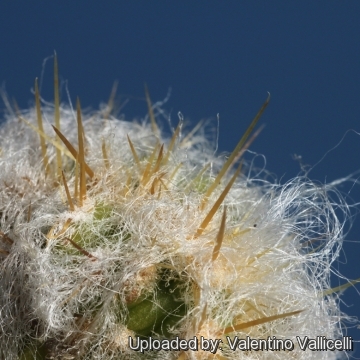 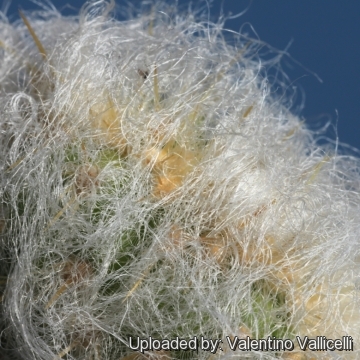 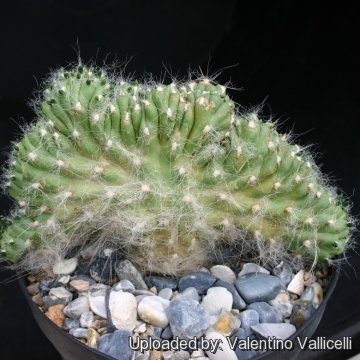 Cultivation and Propagation: Not easy, because of the mountain environment in which the plants live is subject alternately to hot and freezing along with strong altitude ultraviolet light.
Growth rate: It is a relatively small growing species that will make large clumps whit hundreds or even thousands heads given the best conditions.
Soil: It grows well in a very draining mineral potting substrate.
Repotting: Use pot with good drainage.
Fertilization: Feed with a high potassium fertilizer in summer.
Exposure: They need as much direct sun light as possible to encourage the heaviest spines an wool formation, plants in shaded positions grows etiolated and fail to produce the typical hairy covering.
Watering: During the summer they enjoy average watering, but do not overwater (Rot prone), keep dry in winter.
Hardiness: They need to be kept in a cool place during the winter rest (at 0 to -10°C) this is important for the flowers as well as for their health. They are quite winter hardy and can be cultivated outdoor, if adequately protected from the rain and kept dry.
Pests & diseases: It may be attractive to a variety of insects, but plants in good condition should be nearly pest-free, particularly if they are grown in a mineral potting-mix, with good exposure and ventilation. Nonetheless, there are several pests to watch for:
- Red spiders: Red spiders may be effectively rubbed up by watering the plants from above.
- Mealy bugs: Mealy bugs occasionally develop aerial into the new growth among the wool with disfiguring results, but the worst types develop underground on the roots and are invisible except by their effects.
- Scales: Scales are rarely a problem.
- Rot: They are susceptible to fungal diseases if overwatered, but are not nearly as sensitive as many other cacti. If kept damp through cold periods, they will invariably suffer. However rot is only a minor problem with cacti if the plants are watered and “aired” correctly. If they are not, fungicides won't help all that much.
Uses: It is an excellent plant for container growing. It always looks good and stays small. It looks fine in a cold greenhouse and frame. In its native Peru it is planted as hedge plant and on the top of loam walls for a better protection of farms.
Traditional uses: The fruit are eatable and when they are applied on contusions help to reduce the swelling (Anti-inflammatory).
Warning: Has very sharp spines and cultivated plants must be handled carefully.
Propagation: Seeds or cuttings. It branches enthusiastically, and offsets are readily available. If you remove an offset, remember to let it dry for some days, letting the wound heal (cuttings planted too soon easily rot before they can grow roots). Lay it on the soil and insert the stem end partially into the substrate. Try to keep the cutting somewhat upright so that the roots are able to grow downward.