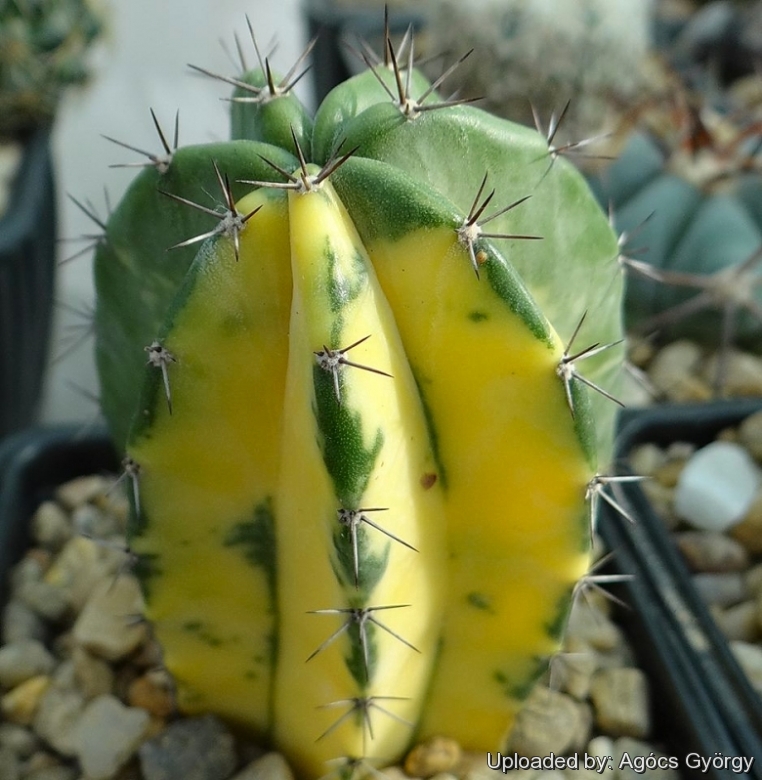 Description: The typical Stenocereus pruinosus is a large shrubby or tree-like columnar cactus to 4-5(-7) m tall, usually with one or more, definite trunk(s) from which little-branching stems arise from the base for a distinctive V-shape. The pruinose colour of young branches distinguishes it from the other arborescent species.
Variegated form: Variegated Stenocereus pruinosus are cultivated for their beautiful stem that have sectors, patches or stripes with two colours, yellow and grey-green. There are several forms of variegation. The extent and nature of the variegation can vary, and sometimes the plant will return to the green form. In others it is stable and does not change under normal conditions. Flowers are produced only on the crown of mature specimens. It is sought after and very priced by cactus impassioned. It is slower growing but can also get quite big with time making a spectacular specimen.