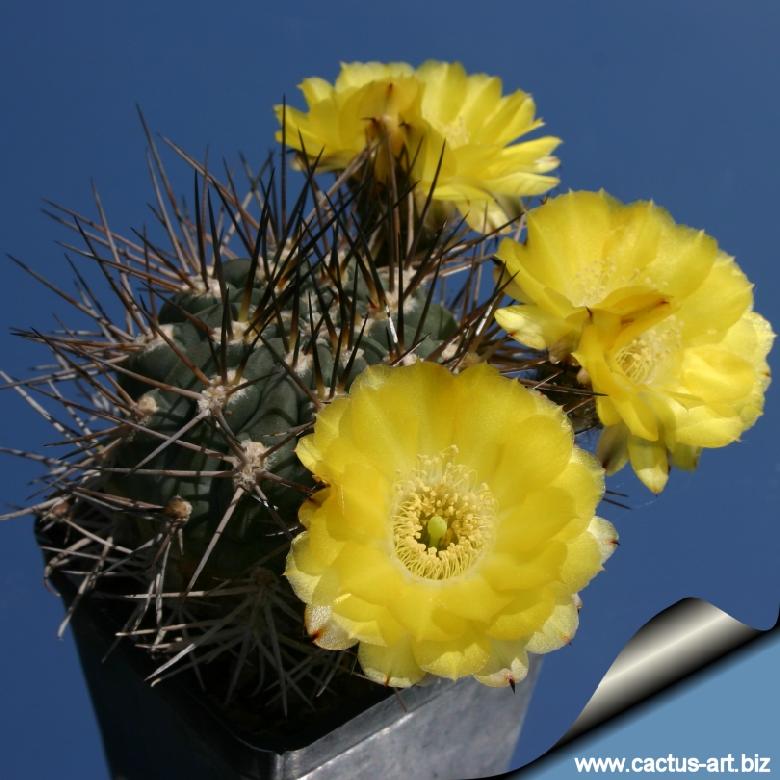 Acanthocalicium (Echinopsis) thionanthum P144 Punta de Ballasto 2100m
The specific name ''thionanthum'' means ''sulphur yellow flowers'' and it was originally applied to the yellow flowering form of this very variable taxon, but now - with the the name ''Acanthocalycium (Echinopsis) thionantum'' - the botanists identify a very variable, poliformic complex of plant (previously classified as separate, species, variety and forms) with variable colour of flowers and spines sizes.

Origin and Habitat: Echinopsis thionantha has a wide range in Argentina in the provinces of Catamarca, La Rioja, Salta and Tucumán. A new disjunct location was found in southern Argentina.
Altitude: It occurs at elevations between 1500 and 3000 metres above sea level.
Habitat: Grows on mountain slopes in monte shrubland and prepuna, in rocky soil. The species is locally abundant. The only threat is local collection for ornamental use.

Description: Echinopsis thionantha (best known in cultivation as Acanthocalycium thionanthum) is a highly variable taxon with several forms. The specific name "thionantha" was originally applied to the yellow flowering form, but now comprises plant of variable colour of flowers and spines sizes. There are a number of varieties, but not all are universally recognized.
Habit: It is usually solitary or slowly branching through basal shoots.
Stem: Spherical, over time it becomes slightly cylindrical, growing to a height of 12 cm or more, and a diameter of 6 to 10 cm. The epidermis is green to dark blue grey, and become a clear powdery-grey in the older part of the stem (like some Copiapoa)
Ribs: About 9-15.
Areoles: At the apex of tubercles, at first are covered with yellowish-brown felt. The flower part of the areola is elongated, while the upper part curves around the sides of the rib, more or less in the shape of a small shield. As the tubercles widen in the course of growth, the areoles become elliptical and almost glabrous.
Spines: 5 to 10 radial spines and 1 to 4 central spines, they are all more or less of the same length in a given plant (5-30 mm), but this species appears to be very variable regarding the length colour and number of spines in different populations. They are usually black or light brown at first, becoming grey or whitish-yellow as they age.
Flowers: Bell-shaped, 5 cm long or less on lateral areoles, and the segments of the perianth are sulphur or lemon-yellow (but also white, orange or red), They have very hairy buds. The floral tubes have brown-white hairs/bristles and dark spine-tipped scales.

Subspecies, varieties, forms and cultivars of plants belonging to the Echinopsis thionantha complex

This Taxon has lots of synonyms (like many other cacti), with several controversial varieties and subspecies, and comprises a multitude of different forms, but where each form is linked to others by populations of plants with intermediate characteristics):

Notes: A full sun exposure is indispensable to keep plant compact with strong and colourful spines. Without sun the stems elongate, remain green and don't form the characteristic powdery-grey coating. 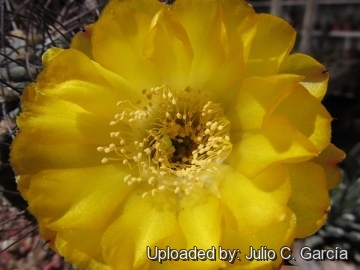 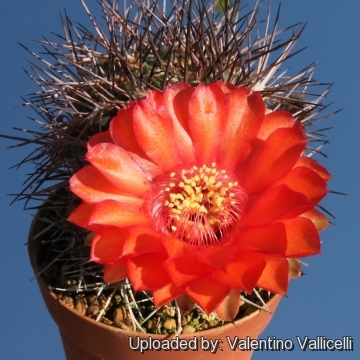 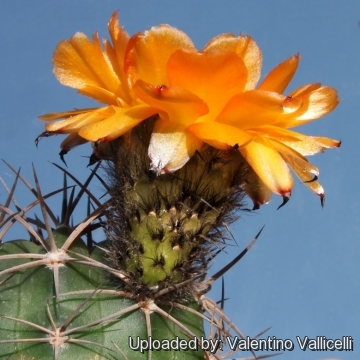 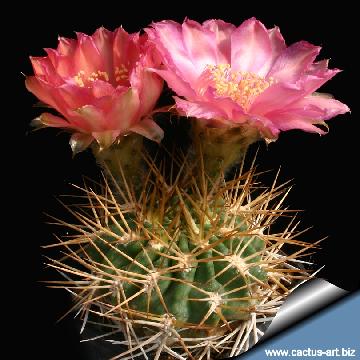 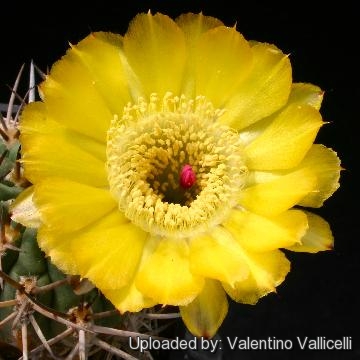 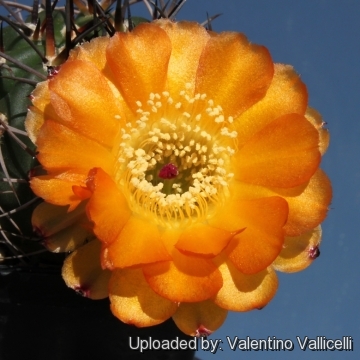 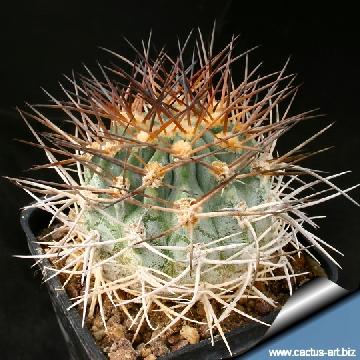 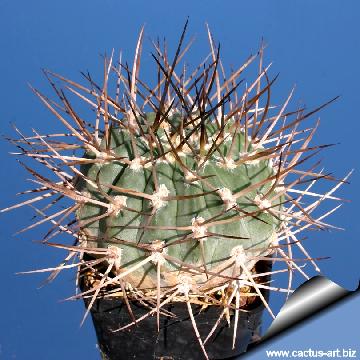 Cultivation and Propagation: Echinopsis thionantha is an easy to grow succulent, more cold tolerant than most and less fussy regarding soil conditions.
Growth rate: It is a relatively rapidly growing and easily flowering species.
Soils: It likes very porous standard cactus mix soil.
Repotting: Use pot with good drainage.
Watering: Water regularly in summer, but do not overwater (Rot prone), keep dry in winter.
Fertilization: Feed with a high potassium fertilizer in summer.
Hardiness: Reputedly somewhat resistant to frost if kept on the dry side prior to, and during, cold weather (hardy to -12 C ° C, or less for short periods).
Exposition: Outside bright but filtered sunlight or afternoon shade, inside it needs bright light, and some direct sun. Tends to bronze in strong light, which encourages flowering and heavy spine production.
Uses: It is an excellent plant for container growing. It always looks good and stays small. It look fine in a cold greenhouse and frame or outdoor in a rockery.
Pests & diseases: It may be attractive to a variety of insects, but plants in good condition should be nearly pest-free, particularly if they are grown in a mineral potting-mix, with good exposure and ventilation. Nonetheless, there are several pests to watch for:
- Red spiders: Sensitive to red spider mite. Overhead watering is helpful in controlling mites.
- Mealy bugs: Occasionally mealy bugs they develop aerial into the new growth among the wool with disfiguring results, but the worst types develop underground on the roots and are invisible except by their effects.
- Scales: Scales are rarely a problem.
- Rot: Rot is only a minor problem with cacti if the plants are watered and “aired” correctly. If they are not, fungicides won't help all that much.
Propagation: Direct sow after last frost. Seeds germinate in 7-14 days at 21-27° C in spring, remove gradually the glass cover as soon the plants will be well rooted (ca 1-2 weeks) and keep ventilated, no full sun for young plants!