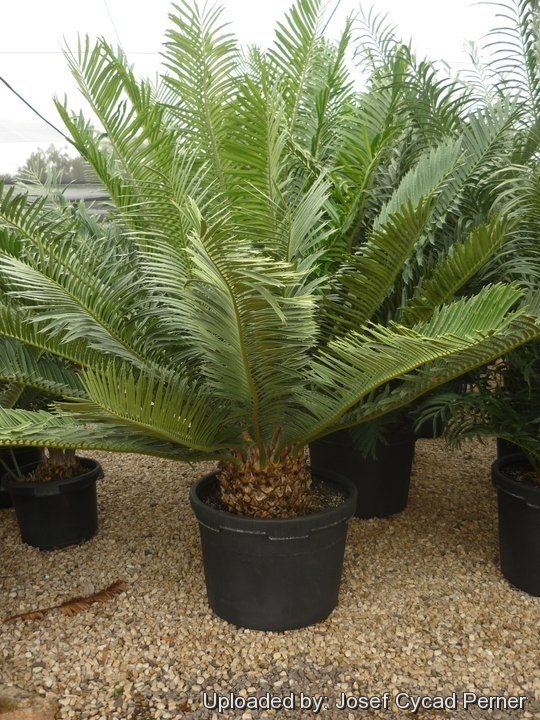 Origin and Habitat: Tanzania, Eastern Arc Mountains & Coastal Forests. Encephalartos sclavoi occours in a very small small area of occupancy, is known from a single location, with a population of only 50 mature plants, and regeneration in habitat is prolific, with many seedlings and immature plants in evidence.
Type locality: Tanzania, District Tanga, Gologolo, near Lushoto, within Shume Magamba Forest Reserve in the western Usambara Mountains, Tanga district of northeastern Tanzania.
Altitude range: 1,800 to 2,100 metres above sea level.
Habitat and Ecology: Grows on steep, relatively dry, south facing rocky slopes in grassland and on rocky outcrops surrounded by montane forest. Occurs between rocks on sheer precipitous granite and gneiss promontories. Rainfall is reported as high falling mainly in summer. This species is a critically endangered due to loss in the extent and quality of habitat and decline in the population due to collection by traditional healers and by cycad collectors. The area, because of its elevation has a mild climate and is considered an ideal place to live. So increases in human settlement and further changes in land use are likely. Natural and man made fires destroy seed and seedlings.

Notes: The existence of Encephalartos sclavoi was known for many years before it was described botanically. In January 1986 a French student of cycads, Jean-Pierre Sclavo, while prospecting for plants in Tanzania, recognized it as worthy of description. His notes and herbarium specimens were turned over to Aldo Moretti of the University of Naples, Italy, leading to the description of E. sclavoi in 1989. 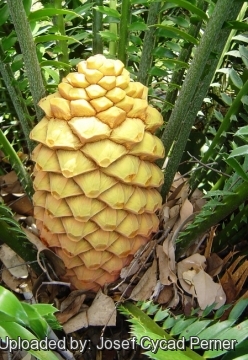 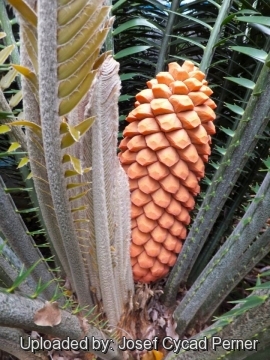 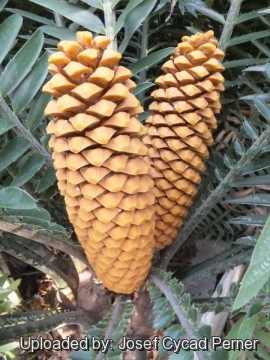 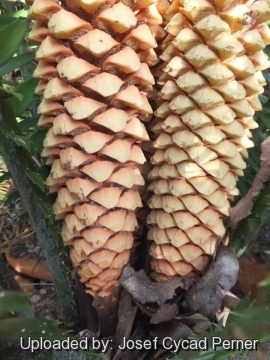 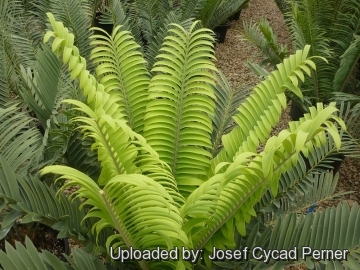 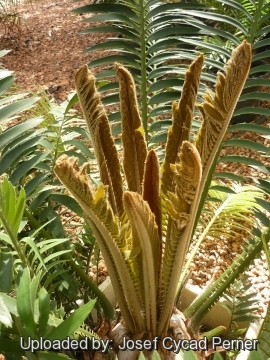 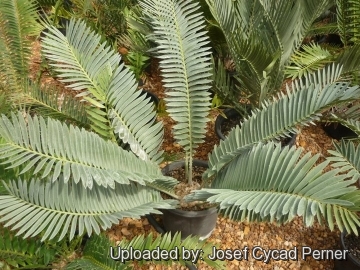 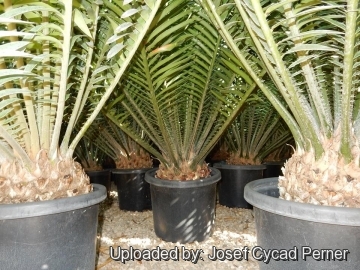 Mature and near mature plants at Cycad International. Photo by: Josef Cycad Perner

Cultivation and Propagation: Encephalartos sclavoi is an adaptable plant well suited to warm temperate and subtropical climates. It is more moisture-tolerant than most South African cycads. Even though the habitat of E. sclavoi is close to the equator, the high elevation at which it occurs gives it a remarkable degree of cold tolerance. It can also be grown in full sun without its leaves burning. It is long lived and moderately fast growing. Its beauty and ease of horticulture make it one of the finest cycads for use in the garden. As a garden plant, this cycad will usually hold two or three crowns of leaves, all in good condition.
Soils: It prefer well drained, gritty soil with plenty of water, especially in dry weather.
Waterings: In cultivation prefers moist soil with good drainage for optimal growth. But it is eventually drought resistant.
Fertilization: Naturally undemanding for nutrients, it responds very well to regular applications of fertilizer. Growth can be greatly improved through the application of fertilizers. Most growers find that a fertilizer having an even NPK (Nitrogen, Phosphorus, Potassium) balance, and supplemental trace elements, provides a good start for cycads.
Exposure: It thrives and grows best in full sun or partial shade.
Hardiness: Frost sensitive.
Propagation: It may be propagated by seeds. They are among the easiest plants to germinate. Traditional uses: The seeds are harvested for medicinal purposes by traditional healers.