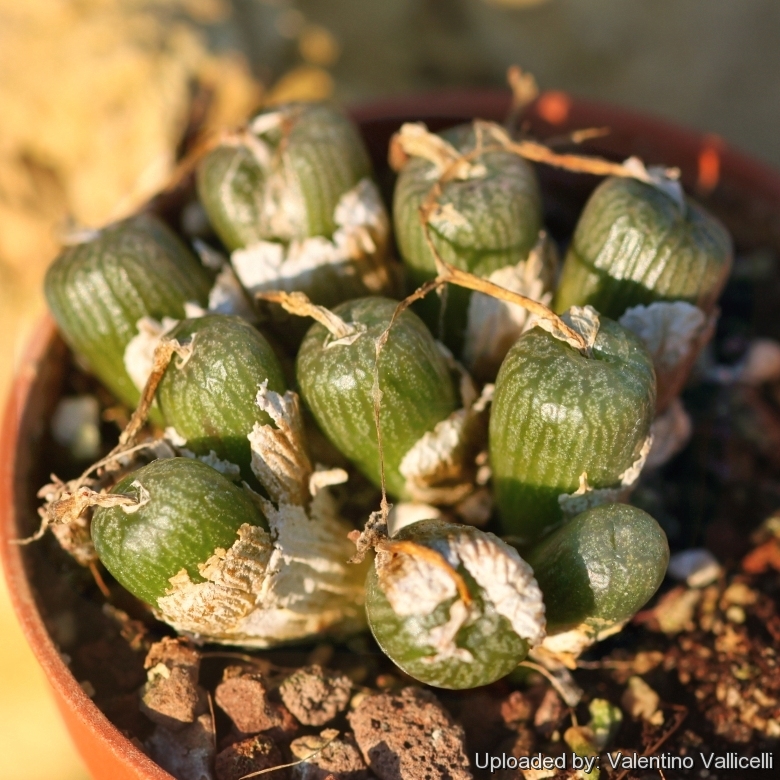 Origin and Habitat: Namaqualand, Northern Cape, SouthAfrica.
Habitat: It grows on outcrops or shaded crevices of quartz or granite.

Description: Conophytum ectypum subsp. brownii is a local or morphological form of the widely distributed and variable small species Conophytum ectypum that is more truncate at the top and has a few more lines upon it; there is no other difference.
Habit: It is very freely dividing species forming a tight mat-like cluster, but when allowed to form these clumps the individual bodies become progressively smaller.
Bodies (paired leaves): 85-10(-25) mm tall, 4-6(-10) mm in diameter, wholly fused (with a very small fissure), cylindrical or hatched-shaped (inverse-cone-shaped), with a truncate apex, rather soft, often keeled and enclosed in firm papery sheaths, greyish-green to purple, upper surface smooth, with a prominent line around the fissure, variably striate, striations not strongly reddened with ridges or raised dark green dots and sides of bodies not or only subtly sulcate.
Flowers: 8-10 mm in diameter opening in the morning. Highly variable in colour mostly pale pink to purple, rarely yellow or white. Anthers exerted.
Fruit: 4-6-locular hygrochastic capsules. 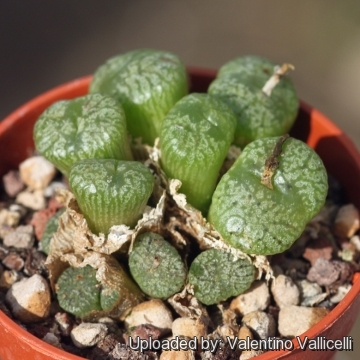 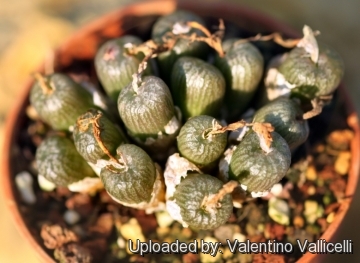