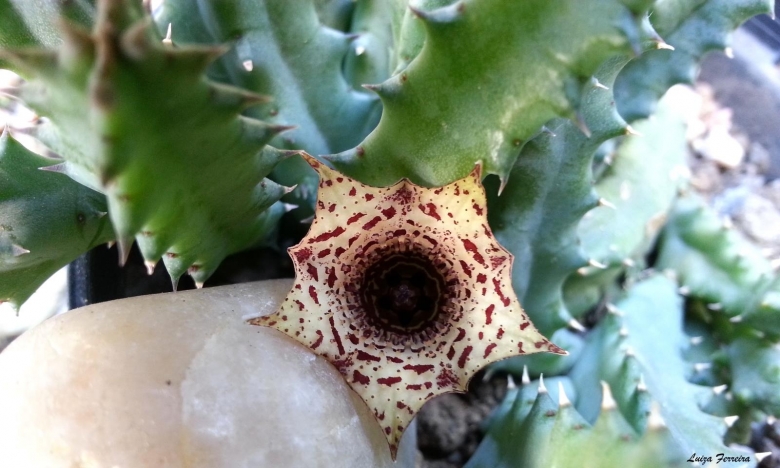 Description: "Huernia decumbens", is a mysterious species apparently not known in official literature, but sometimes offered in plant lists. The more credited hypothesis is that Huernia decumbens is a morphological form of Huernia volkartii and would be fully synonymized with it.
Habit: It has a classic huernia look.
Stem: Deflexed or creeping to half-upright, ca. 5-10 cm long, divided into 4 lengthwise ribs with conical fleshy tubercles ending in a soft tip, dark green and often tinged with purple where exposed to the sun.
Flowers: 1.5-2 cm in diameter, at the base of new shoots. Corolla broadly campanulate, divided into five main lobes, and five smaller secondary loblets between them. The flowers are creamy-yellow to sand coloured with red transverse irregular lines and dots, rough-papillose, the papillae mottled.