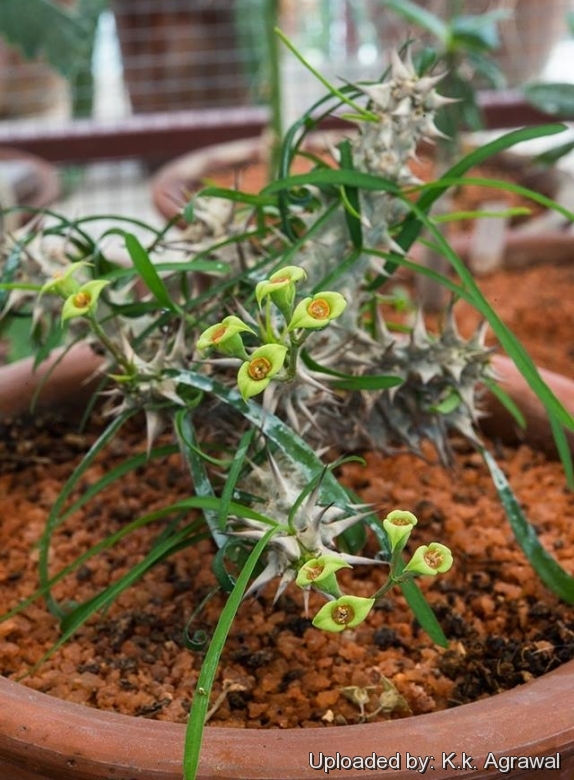 Origin and Habitat: South-west Madagascar, Mangoky river valley (Région Atsimo Andrefana). The species has an area of occupancy of 440.871 km² and is poorly known and rarely collected (two localities known, both collected before 1920)
Habitat and Ecology: Euphorbia brachyphylla is found on rocky slopes on gneiss and cipolin limestone rocks in xerophytic bush. The species is threatened by habitat degradation, fire, collection for horticultural trade. The localities are very imprecise and the species may prove to be Critically Endangered, but further field studies are required to assess if it is not synonymous with some species described by W. Rauh from exactly the same localities. 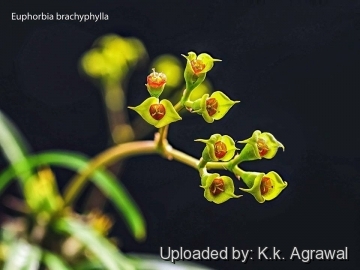 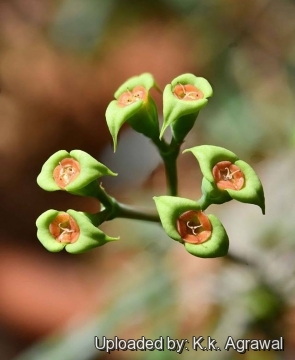 Cultivation and Propagation: Euphorbia brachyphylla is a slow-growing and cold-sensitive species, it can to grow in both pots and in the ground, in areas with a mild climate, but they can even be grown indoors. They grow well in a very draining mineral potting substrate. During the summer, they enjoy average feeding and watering.
Hardiness: When dormant, plants are relatively cold-tolerants, but for safe cultivation it is best to avoid temperatures below 10° C.
Sun Exposure: Light shade.
Propagation: Usually by seeds, it can also It be propagated by cuttings; if you remove an offset, remember to let it dry for a week or so, letting the wound heal (cuttings planted too soon easily rot before they can grow roots). It is better to wash the cut to remove the latex.
Warning: As with all other Euphorbias, when a plant gets damaged it exudes a thick white milky sap known as latex. This latex is poisonous and may irritate skin, so pay extreme attention not to get any in your eyes or mouth.
Cultivated plants must be handled carefully.